When one says - the town of Vrutky we think of an important transportation point. It is connected to the near city of Martin, or road to Strecno that really pushes patience of drivers. For those who have not a car, it is the entrance gate to Turciany Garden , through the train station in Vrutky. These connections are usually the only thing we can say about Vrutky. 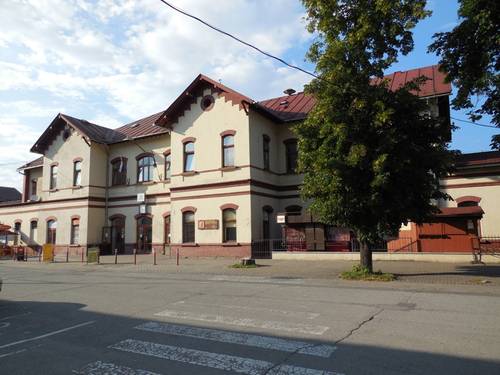 Wandering in the town

We decided to change it and go to the pedestrian zone right from the station. It was really close. In couple of seconds, we reached beautiful rectangle square lined with houses. Shops were located on their ground floors. It did not take us long to walk across the square. Then we reached the socialist housing estates. There were even more shops and boutiques. Eventually we got to a small park. One building there was a former Jewish synagogue which is the cultural house of Krivan. It has a diverse architectonic style compared to other buildings. It was closed due to reconstruction so we could admire it only from the outside. 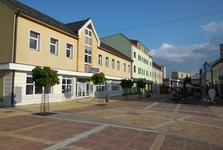 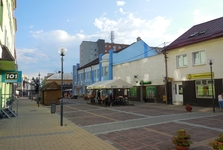 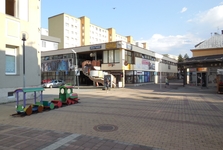 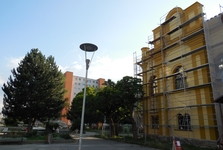 We moved to the Turiec River. We followed a pathway lined with trees. The path took us to a bridge. Crossing it took as before two interesting edifices. The first building is the neogothic church of St John the Baptist which was built in 1905. Its foundations lay on older Gothic church that dates back to the second half of the 13th century. The other building is the Municipal House built in the 1920s. When we finished taking pictures we went back to the river where we found a bench to allow us finally take a look to our companion – a book guide. 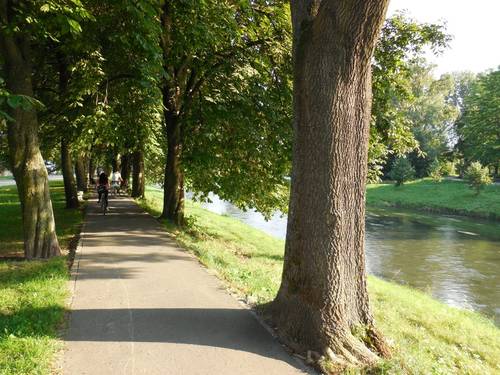 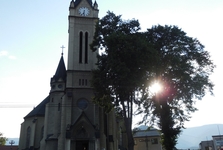 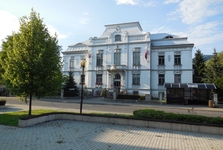 We had learned that there is also an evangelical church of Dr Martin Luther, and also a commemorative room to Hana Zelinova, a famous Slovak writer and dramatis. She wrote also the first part of the Alzbetin Court trilogy. Another important native of Vrutky is Radoslav Brzobohaty, a famous Czech actor. Last but not least is violinist Dalibor Karvay. 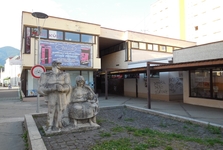 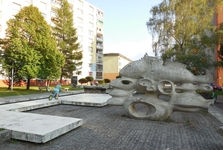 We liked the location of Vrutky. The town is an ideal place to go to the National Park of Mala Fatra a Velká Fatra. From Vrutky, we went for couple of hikes. One of them was on Klacianska Magura across the ridge of the Krivanska Mala Fatra until we reached Rozsutce. There are interesting, at some places really exciting, bike trails. You can also refresh yourself in some swimming pool, or a dam near the village of Lipovec. In winter, there are possibilities to do some cross-country skiing and other activities at the resort of Piatrova. Vrutky is connected to the resort of Martinske Hole by car transportation. 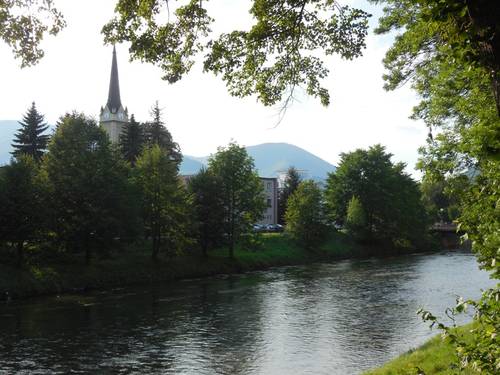 Vrutky is known for interesting names and places. One district is called Mexico, another Kolonie Hvezda (the Star Colony), only its front part belongs to Vrutky. You can find there also Shanghai! The latter is one of the best known gay clubs in Slovakia. 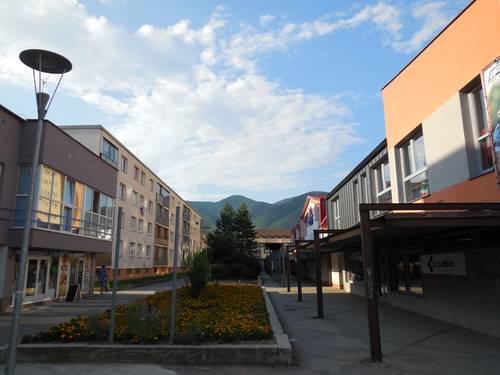 The first written remark about this places dates to 1255. Vrutky was used to be split to Horni and Dolni Vrutky. There were some times when it was part of the city of Martin. However, Vrutky has been an independent city since 1990. The greatest development happened during the construction fo the Kosice-Bohumin railroad, and connection to Budapest.. Railroad works were also built in the town and they have remained there until the present. 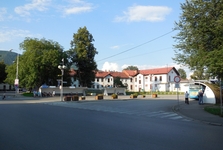 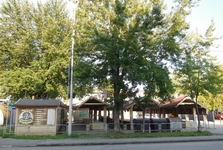 Upon learning about interesting things about this town that resides on the meeting point of two rivers we were about to leave. We stopped by at local market to buy couple trifles. Then we set off to explore other beautiful sights in Slovakia.