In the introduction we should mention where the region of Zahorie is actually located. People from more remote parts of Slovakia or foreign countries would at least get some idea where it is. In the northwest the region of Zahorie is lined by the Morava river running along the border with the Czech Republic and Austria. In the north there are the White Carpathian Mountains and the Myjava Hill Country . In the east there are the Small Carpathian Mountains . We visited this region, which is a real paradise for mushroom pickers, not for first time. In the past, we introduced you to, for example, Kunovska Dam, or beautiful Adamovska Lakes , a favorite place for fishermen, people having cottages and also many water birds visit it. Also we have visited pilgrimage site Marianka, old town of Skalica, interesting biofarm Priroda near Stupava. Also we have seen ruins of Pajstun Castle near Borinka. Also we took a cruise along the Bata Canal, which in the past served as a waterway for transporting lignite and for irrigation of the surrounding area and is now mainly used for recreational purposes. Today, we go again to this diverse region. This time we visit a unique church. 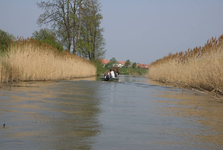 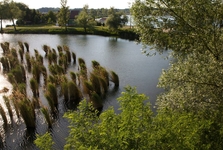 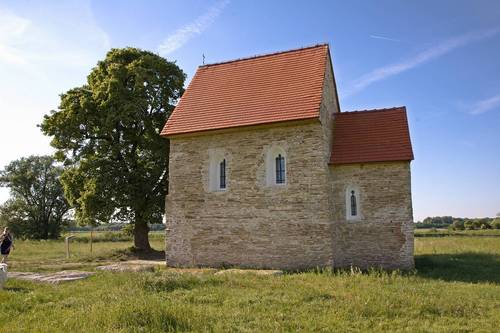 You can find it on a mild highland near the Moravy. It is in the middle of fields. At first,it seems as a regular chapel. But it is far from truth. Along a narrow road you can get there even by car. It is the oldest church in Slovakia. It even does not have a tower but only a small cross. According to archeological findings, it is the only preserved sacral building in our country from the era of the Grand Moravia, in the 9th century. 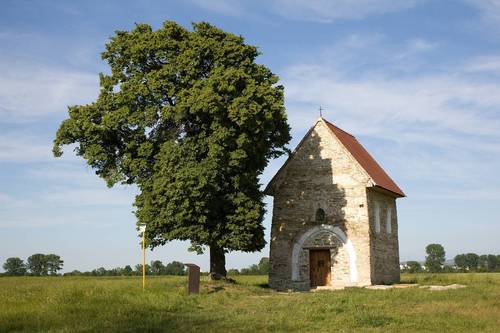 Today this unique church is in the middle of the fields, but in the past there used to be a settlement guards who controlled way to Mikulcice settlement Valy. It is considered one of the seats mojmírovské dynasty in the 9th and 10th centuries, whose most famous representatives were Mojmir I, Rastislav, Svatopluk and Mojmir II. 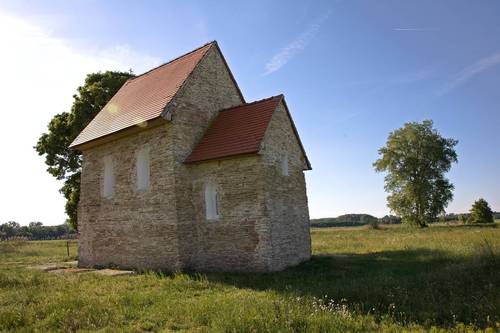 The building of one navy has an irregular trapezoid presbytery. It is a typical sacral building of the era. Perhaps the only peculiarity of the church was the foyer with brick tomb. As regards dimensions, in comparison with other churches seemed to us that the church or extremely little. You judge for yourself! Its dimensions reach only 11.9 x 5.2 meters. 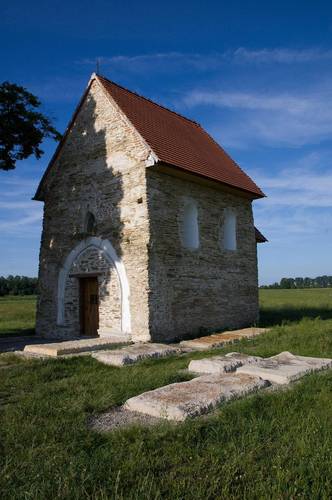 The Church of St Margarita of Antiochia is built of sand boards from local quarries. Wall thickness is around three-quarters of a meter. Original single small window in the form of preserved almost intact on the north side of the nave. External façade managed to purge Modern plaster. The Church, however, has a new roof with ceramic tile roof, which does not cause too historically. Visitors can not visit the interior, but the view from the outside in us left strong impressions. The Church of St Margarita of Antiochia is the oldest church in the Slovak and even though during its existence has undergone several reconstructions, the Great Moravian its essence has retained to this day. As recent archeological findings found out, since the time immemorial there used to be a burial ground. It is interesting that until 1994 the Church of St Margarita of Antiochia served several purposes. Currently ongoing archaeological research and restoration of the church, but after its completion should again serve its original purpose. Also, there Is tendency to create somewhat of a live exhibition of pre-Roman liturgy as a part of Mikulcice-Kopcany open air museum. Another interesting fact is that until 1994 was considered a little interesting Gothic building, they thought that it came from the 14th century and its possible origin was only some incomplete evidence. Since 1995 the church was declared a national cultural sight . In 2009, it was included into the World Heritage list . Since the last year, the church has been nominated also as a part of UNESCO’s World Heritage list.