On the Slovak-Polish border, ther is one of the most beautiful highlander villages attracting not only domestic tourists but also foreign ones. Thanks to the unique highlander culture, which presents the architecture in the form of wooden houses, characteristic ornamental costumes, as well as the annual Goral folklore festival full of dancing, singing and custom of the Gorals (an ethnographic group characterized by a specific Goral (highlander) dialect of Polish origin preserving predominantly Wallachian folklore) still alive. Moreover, the surrounding breathtaking natural scenery of the Tatra Mountains makes this village one of the jewels in Slovakia. 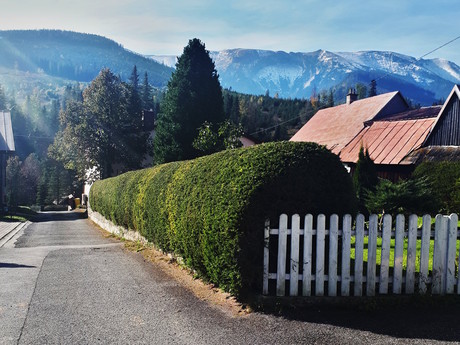 The history of the village starts in 1282. Initially, the lands were owned by aristocratic families, later used by shepherds, lumberjacks and charcoal miners, whose task was to burn the forest and thus to spread the pastures. This method of management was called forest radiation. It was this activity that gave the village an alleged name, which was founded by castle manager Frantisek Luzinsky in the second half of the 16th century. Another legend states that the name was derived from the night light, the so-called pupil, which glowed in a wood carpet. Whatever it is, it is certain that initially settlements were established here, which gradually merged to the present form. Today, there are more than 1,300 inhabitants, who enjoy the proximity of the borders and the ever-increasing tourism, the need for housing and catering here. 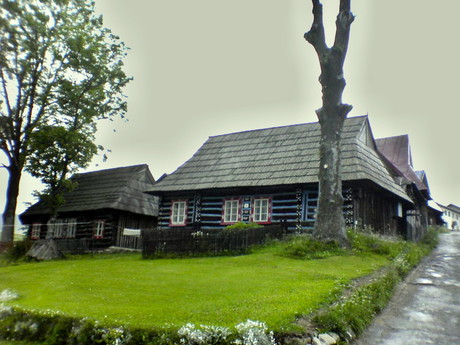 Our attention, however, was mainly focused on original architecture. Although there is not much of it left in the village, it still pays to see it. Traditional wooden houses are typical of blue joining, red window frames and ornaments decorated with wooden logs. All these rare groupings of buildings are proclaimed as folk architectural reservation and give Zdiar a distinctive atmosphere . In one of the houses there is also a museum where you can experience a wedding in Ždiar, dress in costumes or go horseback riding through Zdiar and the surrounding area, also taste local specialties and listen to the tones of Goral music. 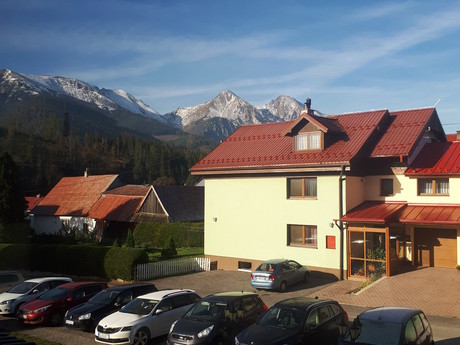 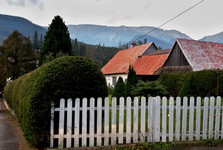 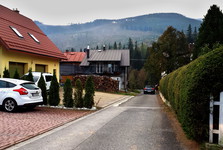 If you are lucky, you will also find some Goral costume. The ones in Zdiar are somewhat richer than the surrounding Goral villages. The typical element of women's costume is the rant seuch - a straight stripe of a thinly woven canvas, a male costume called kapelusok - a hat adorned with small white seashells and a large eagle pen. Already in 1925, the first folk artistic ensemble was founded, and the village even frequently visited the folk art expert Karel Plicka, who photographed here unique documentary photographs and made several film scenes of the legendary film The Land Sings. 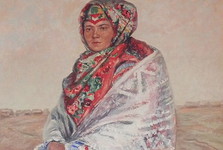 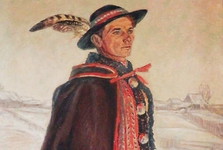 The town is also an ideal starting point for hiking. In the seventies and eighties, Zdiar was one of the most visited tourist destinations in the country. However, the footprint of the Belianske Tatras hiking trails was marked by a drop in interest. Nevertheless, it offers excellent opportunities for excursions to the Bachledova valley, where there is a ski resort, lookout towers or a relatively new open Through the Tree Crowns. Additionally, you can take the Monkovo Valley - Kopske sedlo, the nature trail of the Belianska meadow or take a hike to the Plesnivec hill, visit Belianska Cave or Strednica Ski Center, and the new Strachankovo Family Park.

Zdiar village is a place where the traditions are still alive and in connection with the magical nature they will take care of an unforgettable experience. You must go there to see for yourselves.

Published: 23.7.2017
The visitors to the Tatras region are familiar to well known tourist restorst and well known points of interest of the amazing High Tatras mountain range. However, another mountain range is no less splendid. It neighbors the High Tatras in the east. We talk about the Belianske Tatras. The area of the Siroke Seat is a well known and popular point of interest to many mountain hikers.