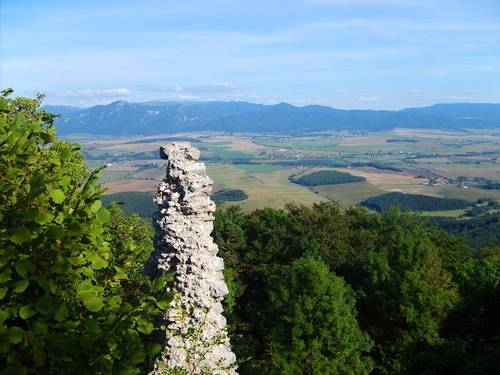 Upon our arrival at the town, the district of Martin, we parked our car and walked up the hill. We walked along the green marked pavement. Pretty difficult hike that took us one hour we got to Znieva Mount (985 m) where the ruins are. Only some incomplete walls and windows were preserved. We saw the ruins really quickly. We took a look at the map. We learned that we are at the joint of two mountain ranges, the northern parth of the Ziar, going through a valley to join the Mala Fatra, in Luciany. When not much remained from Znievsky castle, its ruins emanated some kind of mystery. We were left strong impression in us of long basin with villages scattered around, fields, and fabulous peaks of the Velka Fatra. We breathlessly watched this beautiful panorama. 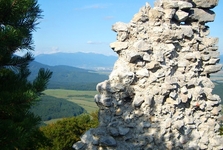 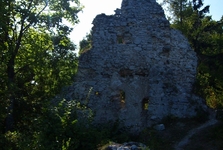 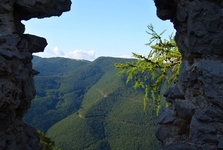 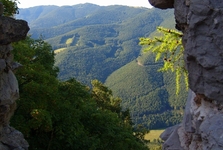 Finished feasting our eyes we wanted to feat our souls as well. We had a great book about castles in the Turiec Region with us. We found a pleasant place to read some texts from it. We had learned that the castle was built at 965 meters. First written mention dates back to 1243 and the castle had couple of owners. It was built by Ondrej, son of Ivanek of Bocskayova. Then the Thököly family had it and finally the Rákóczis. In the mid-18th century the castle started to decay and this state has lasted until this day. Znievsky castle is also called Turciansky castle yet this castle was supposed to be on even higher part of the mountain. 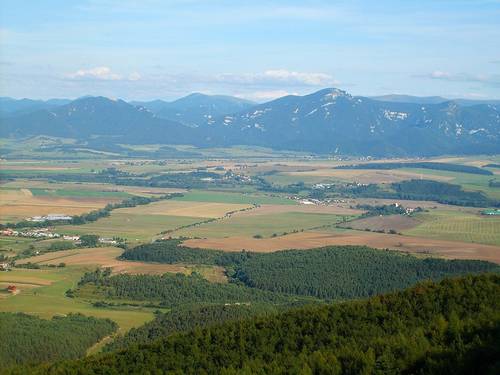 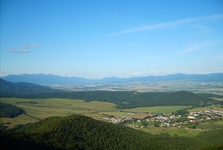 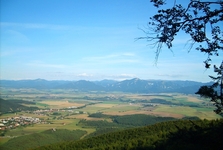 We skimmed the history of the castle and moved again to the observation platform. When enjoying the views we noticed a church tower hiding behind the trees. We moved towards it. Suddenly we entered a fenced compound dominated by the church of Holy Cross dating to 1728 and chapel. Those were part of the Calvary. We walked through it in an unordinary fashion, from up to the bottom. Also, we found interesting the memomrial of St Margita of Hungary, a princess and also a Dominican Order nun. 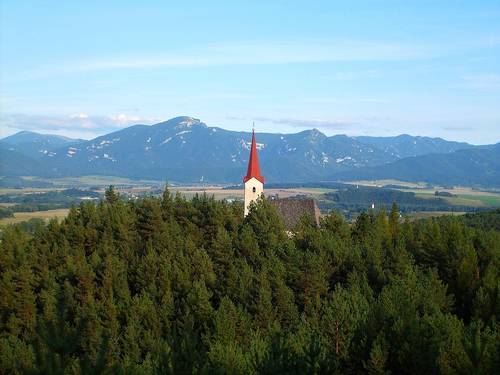 We gradually stepped down to the cemetery where our car was parked. The whole trip took us 3,5 hours. It was nice addition to our day.