Anyway, before the church was constructed, so called King´s House stood on its place. During process of Re-Catolicism, a chapel was established there. The space served to Jesuit´s Order. However, in 17th century, just such place became fatal for three Catholic priests. Mark Krizin, Melichar Grodetzki and Stephen Pongratz, known as Martyrs from Košice, were

killed there. The remorces and a fear from such shocking act let George´s II. Rakoczi wife to an act that she bought King´s House, and the building was demolished subsequently. A church, constructed in accordance with previous model of popular Il Gesu Church in Rome, was shared to Jesuit´s Order. The Jesuits constructed there a monastery, just close to the church, and a part of it was dedicated to the University. So, the church became well-known as the „University Church“. Nevertheless, the Jesuit´s Order was dissolved, and the church was in possession of Premonstratesian Order, and they operate there till now. So, the third name of this church, frequently used at present, is a „Premonstrate Church“. 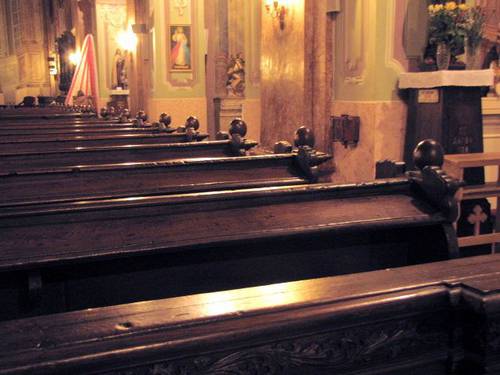 While entering church-interior, you cannot miss rare frescos, picturing St. Norbert (founder of Premonstrater´s Order). He is pictured in three scenes: holding holy wafer, during foundation process and as laying in death bed. Except frescos, you can admire even carved pulpit, recently restored banks, which belong to rare works as well or carved door.

In church interior, several lateral chapels with altars are to be

found which undergone subsequent reconstruction works for the time being. Moreover, you can follow an interesting eyes´ illusion on frontal wall. In fact, this wall is completely plain but its perfect painting of vaults with windows and pillars compels you to admire such painting´s work. Even the furniture in church sacristy is quite valuable.

The concerts of classical music are organized there, (from the initiative of Abbot of Premonstrater´s Order) and the extraordinary atmosphere would be doubed in such way. 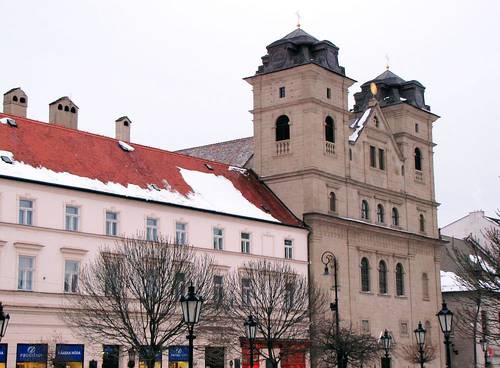 Published: 18.6.2010
Not far from Košice city centre, nearby today´s park, a palace was constructed in the course of 19th century. The building was a seat of several institutions but also a subject of property disputes. Peter Jakab was its first owner, and so, the palace got his name from this reason.