While walking through Hurbanovo, we went to his next dominant, which is without a doubt the brewery. The brewery buildings extend between Hurbanovo and its borrough of Bohata. Once on August 1, 1960, two separate villages called Stará Ďala and Bohatá merged under the current name of Hurbanovo. This is the only area of the city where multi-storey buildings are located, as the majority of them are family houses. 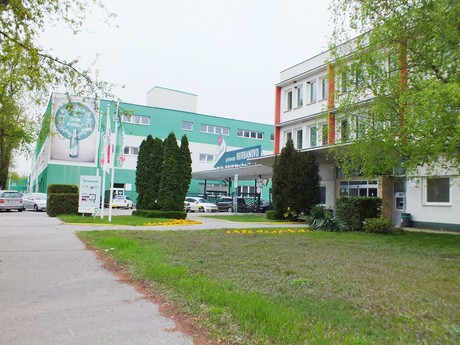 The local brewery was founded in 1964 and the first golden drink shimmered in the rays of this sunniest place in Slovakia in 1969 under the name Hurbanovské pivo. Named Zlatý Bažant, which is known to him throughout Slovakia, was created for the abundance of pheasants around the city. Already in front of the brewery gates you will smell the beer. On the tour of Hurbanovska Beer Road you will learn not only about the process of birth from barley grains to dewy glass of beer. You can also taste the ingredients from which it is made. Tasting is a matter of course, but it will teach you how to tap beer properly to make its quality stand out. You must book the tour in advance and the minimum number of candidates is ten. 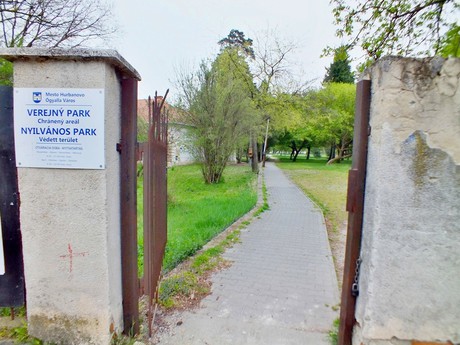 The brewery excels in several firsts, including the first in Czechoslovakia in filling cans (1971). Furthermore, in the 1980s, the brewery brought Pito non-alcoholic beer. Also, you will not miss a lot of trucks heading to the brewery, the local beer is delivered to all parts of Slovakia and to several European countries and to the world. So you will enjoy it in Africa or Asia, even in 1978 it flew into space. 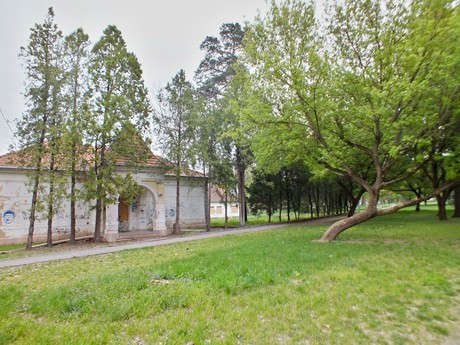 In addition to developing the Hurbanovsky brewery, the company also supports projects to improve the city and its surroundings. The park, located next to the brewery, certainly deserves support. Behind the gate is a large historical park from 1840. In addition to the greenery, there is also the Ordódov Curia. The curia and the park have been declared a national cultural monument since 1986. 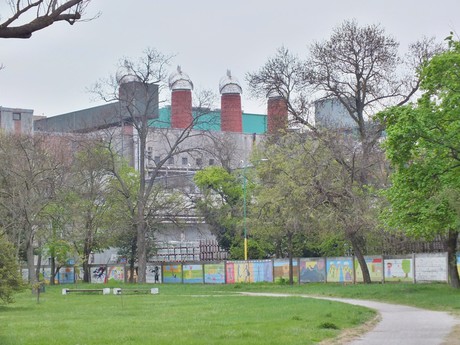 The Rich part belonged to Deshyzy, and from 1571 to the Ordodes, who owned many curia in the city. Anton VI Ordóda was built in the Classicist style in the early 19th century. Today, however, her miserable condition does not represent the former opulence. In the park you will immerse yourself in a quiet environment. In the back of the park is a leisure center with a pleasant playground. You can only be disturbed by the noise of trucks behind the fence of the neighboring brewery, but at the same time you can see the range on offer. From crates with different kinds of bottled beer to large barrels for tap. 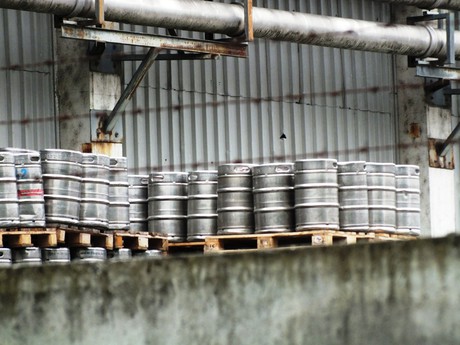 We walked out of the park at the other end and walked down the quiet streets to the sounds of the bells and the silhouette of the church tower. Roman Catholic Church of St Anna, around which there is a cemetery, is the oldest preserved temple in the city. A single-nave building in the Baroque style was built by the Ordody family around 1739 as a chapel near their crypt. In the interior, there is a picture of st. Anna and sculptures of saints from the 18th century. It was rebuilt after an earthquake in 1763 and in 1811 a church facade was added along with a belfry. 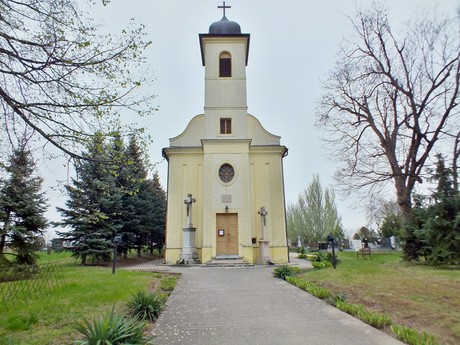 Among the historical monuments in Bohatá, there is also worth mentioning the bell tower from the early 19th century, next to which is the Baroque sculptural group of St John of Nepomuk from the 17th century. They are unmistakable, they stand by the main road leading from Nové Zámky to Hurbanov, after which we return to the observatory. 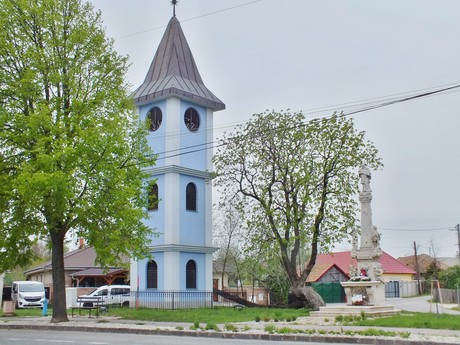 In the evening, we do not see the telescope optics closer to the stars. We believe that this slowly awakening place will attract other tourists and travelers and become a popular destination for tourists.