Since the Middle Ages, Salamanca has been an important university city with students from all over the world. Even today it is not different. Thanks to this, the historic city has a completely different atmosphere.

We will tell you more on the importance of education in the city by starting at the university. Established in 1218 by King Alfons IX. León it was over 130 years before the founding of Charles University. The University of Salamanca was modelled according to the University of Bologna, Italy. The historical significance was, for example, the recognition of Copernicus' heliocentrism theory - that the Sun is the center of the universe. It must be added that this idea was very dangerous at the time because the Church held it as heretical. 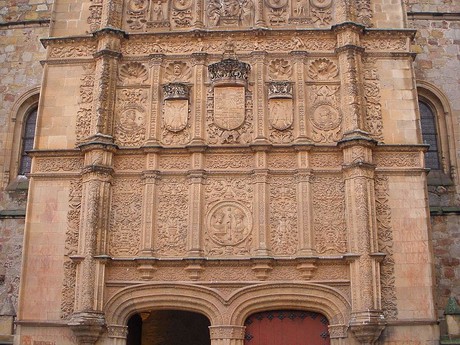 The main building of the university is Escuelas Mayores, which was built in the first half of the 15th century. Its main feature is the beautifully decorated facade. Make sure you take a moment to see it. You will see, for example, a relief of the pope surrounded by cardinals or figures of Roman mythology - Venus, Priam, Bakcha, Hercules, the goddess Juno or Jupiter. Try also to find the relief of a small frog that allegedly brings happiness. For a full-fledged experience, you can take an audio guide. 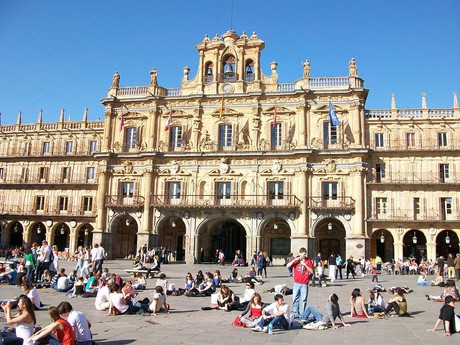 The center of events in Salamanca is Plaza Mayor, a square that many consider to be one of the most spectacular in Spain. It is lined with three-story buildings with arcades built in an uniform style, including a town hall or royal pavilion. Due to its size and monumentality, Plaza Mayor has been used for various ceremonies or bullfights. You can sit inside the arcade in a café or restaurant. 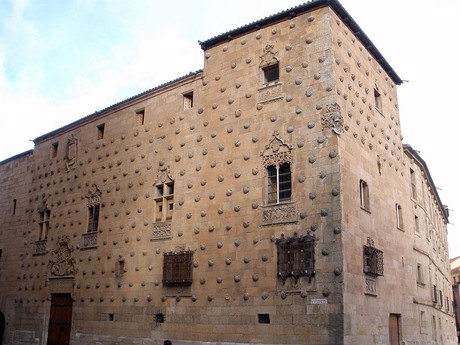 We will go further to see Casa de las Conchas translated as Sea Shell House. It is a Renaissance palace built in the 15th century for Maldonado, a member of the Order of Saint Jacob's Knights of Santiago. The façade of the house is decorated with reliefs of a shell, a symbol of medieval pilgrims who made their way to Santiago de Compostela. At some time of day, sunlight creates interesting shapes around these shells.