Actually, Steet of Light is an interactive walk through streets of Bratislava’s Old Town. The beginning of this walk is set at the shores of the Danube across from the Slovakian National Gallery. You will find an infopanel there. It shows you the trail with lamps place along it. Also there is more detailed info. Interactivity is provided through QR codes. When you scan them with your smartphone you get an educative mobile app. 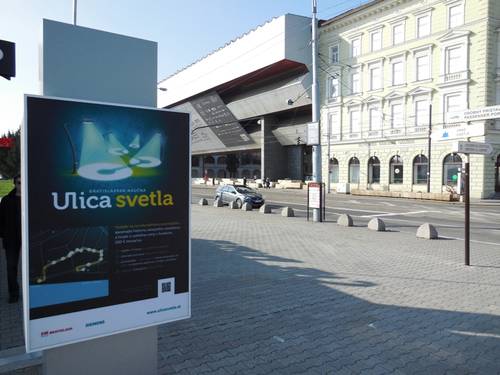 Street of Light consists of 14 stops or rather special lamps (each one is different). At lamps, there are interesting facts on light. At the same time on each of these lamps are marked letters that you should write down on a piece of paper until you make a word from them. Why? As those who do so may win every month lamps worth 200 € . So shouldn’t we combine business with pleasure and take a walk through the streets lights as we did?!

From the bank of the Danube we went to the first lamp located right next to Slovakian Philharmonic Orchestra in Medena Street. Then we went to the edge of Kupelna Street where we went to Tobruk Street, and then across Museum Street we got to Vajansky embankment on the Danube. The whole walk took us about 45 minutes. Not only we enjoyed a great walk, but we learned something as. Each table at a lamp was very interesting. 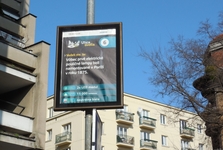 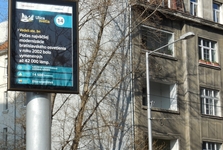 For instance, did you know that 49 000 lamps give light in the capital? And that they emit light 4200 hour a year, or that the present street lighting in the historical center of Bratislava is a copy of former gas lighting? You did not? Never mind. This was the reason for this great idea to become real. Frankly, we were most amazed by the facts we did not know before. For example, the first street gas lamp was put there already in 1856. The heaviest lamp in Bratislava weights 3000 kg, or that the first electric light bulbs started emitting light in Krizna Street in 1884. 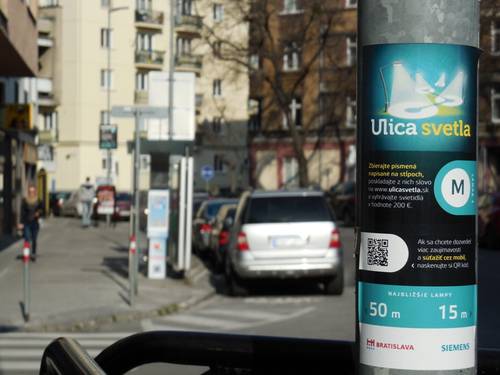 Certainly, we had learned many interesting facts. But we do not want to write about them any more since we will be glad that you undertake this walk. A good help will a map included in the mobile app. Or you can find it also HERE. If there are circumstances preventing you from getting know the trail in person, all of the lamp signs and the history of street lighting is HERE.
We liked this interactive walk. Even families with children or sole individuals will enjoy it. It does not take long to complete it, you will learn many new things about the lamps lighting our beautiful cities full of streets. Do not hesitate and accept our invitation to Street of Light.