We surely will visit this monument today. Before we do, however, let see the town itself.. Brezova pod Bradlom is a place of rich history and cultural traditions. A look at famous personas who lived there is a proof to this claim – Jozef Miloslav Hurban, Samuel Jurkovic, Stefan Osusky, Jan Papanek or the legendary Svako Ragan aka Martin Lacko. He was a merry person and true spirit of enterpreneurship. He became famous for his book which was later filmed and starred Jozef Kroner. 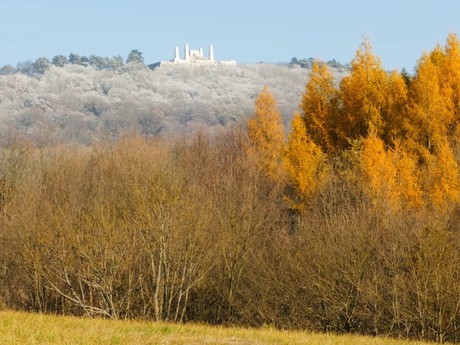 The area was settled in the Prehistoric Age. However, the town trully formed only in 1262 when it was gifted by Hungarian King Bela IV. Yet the then village was abandoned and ceased to exist. Only in 1654 it was resettled. However, the lack of historical sources make the history of Brezova still veiled in mystery. 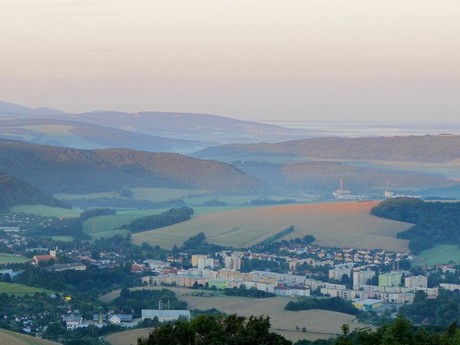 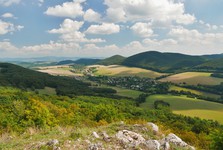 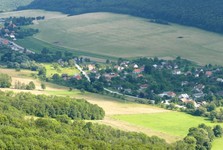 In the course of time, people were coming to live in the village. Its environment supported the cattle farming, and later craft gilds were established. Leather works became one of the town's foremost industries. Also, it became one of the theaters of the war with the Turks. The remains of fortified towers and the fortification of the Holy Trinity Church are witnesses of this era.

Nature disasters as well as human tragedies also form a part of town's history. Yet it became one of the cradles of Slovak nationalism in the 1830s. In 1848Jozef Miloslav Hurban (on the present Gen M. R. Stefanik's square) declared the Demands of Slovakian Nation. The declaration demands the Slovak language to become an official language. The town also became the center of the first Slovak uprising. The town is considered the corner stone of the Slovak independence. In 1966, Brezova pod Bradlo became officially a town. 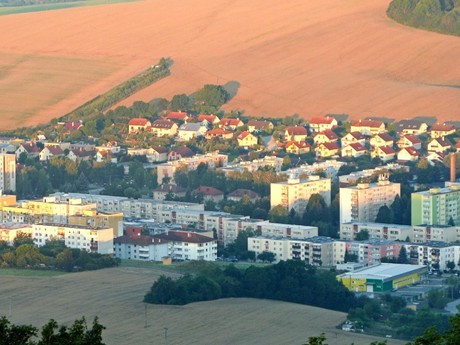 Also visit the memorial room of Dusan Samuel Jurkovic. It is situated inside the Narodni Dum Stefanika. Another place worth seeing is Slovakia's largest evangelic church, and the Hus Park with the memorial of Jan Hus. 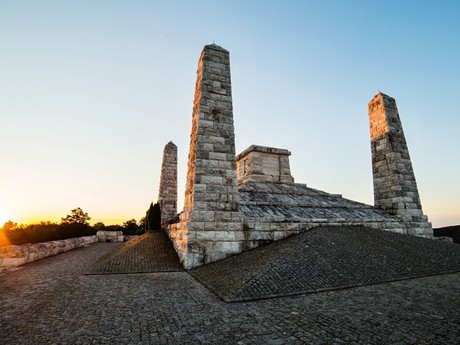 Several bike trails and tourist trails run across the city. North of the city there rises Bradlo hill (543 m). There you can find the most popular landmark of the town - the Burial Mould of Milan Rastislav Štefánik. A marked asphalt trail goes there. It ends at car park. Another way to get there is by following red marked tourist trail (the Stefanik highway). 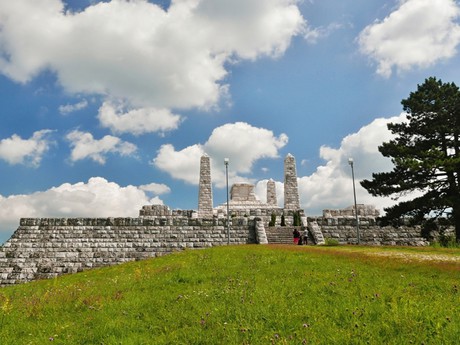 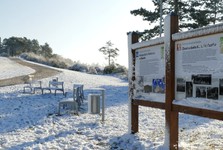 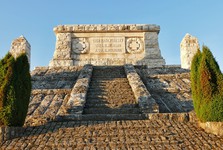 It is a terraced construction including four obelisks (it symbolizes four sacrifices from four countries). It is made of travertine blocs. Dusan Jurkovic is the author of the cosntruction. It is 96 meters long and 70 meters wide. In 1928, it was finished thanks to nation-wide fundraising campaing and is the burial place of Milan Rastislav Stefanik. You can read about him more ZDE. Moreover, there is a beautiful vista over the hills at the foothills of the Small Carpathians.

A trip to Brezova was a trip into the past formed by great personalities. We could feel national pride surrounding us there. Last but not least we enjoyed beautiful architecture and nature.