North of town Ilava, above the village of Vršatské Podhradí, is continuing cliffs belt zone (mountain range, tectonically and geomorphologically very strong, protruding from the top of the Slovak Republic through Zázrivá Brunch where interrupted after Pieniny, disappearing under Vihorlat hills). Interesting is also the name itself reef (reef), it is used as the first geologists who have examined this band because they thought that they are remnants of islands that once sticking out from the sea. Even while we are on geology, Vršatská reef is one of the very important sites, mainly from the paleontological perspective. In the limestone forming cliffs there are many shallow sea fossils such as ammonites, belemnite, molluscs, corals and the others. 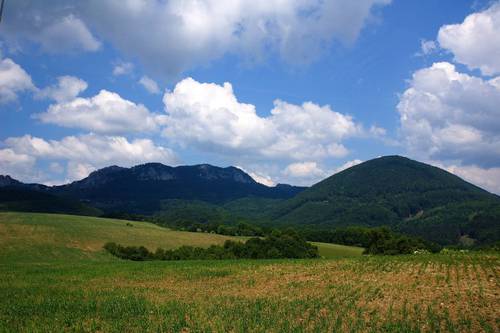 In the area Vršaty reefs is abundant reefs representation of protected animal species, among which include different types of butterflies, arthropods, 65 species of molluscs, but also snakes, birds or crows. Among mammals is represented by deer venison, wild boar, there was even noted down the incidence of brown bears. From the vegetation is predominantly alluvial perform floodplain, beech and fir forests. Much of the flora succumbed to the building, as well as agricultural purposes.

Tourism with an education

Ideal start for tours Vršaty reef is from the village of Vršatské Podhradí on the blue trail towards the ruins of Vršatec castle. For those who like to learn something, we recommend starting out from the village Krivoklat, where begins nature trail leading through Vršatec, Vršatský castle Vršatské Podhradí, to Červeny Kameň to castle of Lednice and community refrigerator. The route is 12 km and climbing will take 4 and half hours. You just move the blue and yellow trail. Throughout the tour, your performance rewarded tourist views of the beautiful landscape of the Middle Think of the Vah and running around the mountains.

I can´t recall, respectively return to the ruins of the castle Vršatec, that comes from the 13 century. It is located above mentioned municipalities of Vršatské Podhradí, near the district town of Liberec City. Castle once a defense function meets the northwestern boundary of the former Hungary. It was owned by famous Matuš Čak Trenčianský, but later went through several owners. In the 16th century the castle was extended by under castle part. Linking with the castle was made by steps carved into the rock and rock tunnel. At present, access to the castle is at your own risk, but which is worth it ;-). 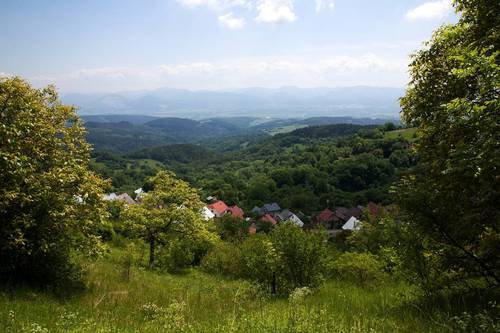 Vršatská cliffs belong to one of among some of rock's most beautiful mountains in the Slovak Republic. They offer great nature-tourist facilities, with a bonus of spectacular views touched with a rich history of the royal castles below them.

Published: 12.8.2010
The town of Považská Bystrica is situated in north-west Slovakia between Trenčín and Žilina, along Váh-river.