The Reiner’s cottage is located in Starolesnianská polana in the High Tatras about 25 minutes by walk from Hrebienok or Zamkovského cottage. There leads a wide forest pathway from both sides, which has relatively easy level. A journey to the cottage can undertake also kids or elderly people. An interesting fact is that the British Queen Elizabeth II was supposed to visit the cottage however, not far from Hrebienok by an entrance to a national park she stopped and continued beyond Hrebienok. At this place there is a sign informing where did the Queen go. 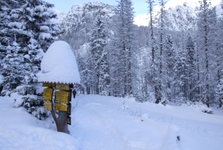 When the first settlement (today Starý Smokovec in the Tatras towards the end of the 18th century, majority of its visitors were not interested in tourism in the High Tatras. They rather sought relax and rest in local spas. Only in the 1930s there was a breakthrough thanks to today legendary Jan Juraj Rainer. This enthusiastic High Tatra’s fan organized treks deep into the mountains. He showed visitors falls by the Studený potok, he went with them to Malá Studená Valley and even he took them onto Lomnický štít. Decades later Reiner made climbs up to Hrebienok less difficult by adjustment of a pathway. His merit was a project of the first tourist shed construction in the mouth of Velká Studená Valley. The construction began in 1863 and was finished already two years later. It was a stone building without any foundations, with small windows used mostly for airing rather than to illuminate the shed. The interior consisted of plank-beds and a central fireplace. Its roof was made of wood shingles. Gaps in stone walls were stopped up with moss. This small cottage wasn’t maintained and it had no name but guests of the Tatranian kingdom spontaneously called it the Reiner’s cottage . Soon a board with a sign in hungarian was added, it said "In the memory of Rainer, 1865". 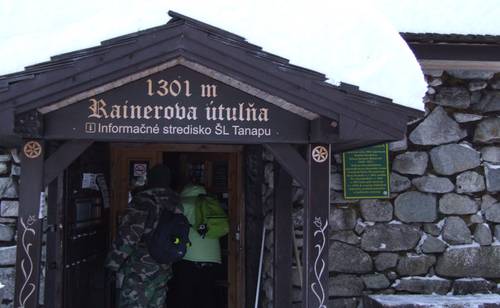 The cottage was available for everyone, in particular for tourists. Soon after the death of its founder, Reiner, in 1872 it started to decay. Not untily 1876 it was renovated for the money of guests of Starý Smokovec and Hungary-Carpathian Association. However, it was not enough to make a good renovation. So in the year 1884 the town of Stará Lesná built a cabin later known as the Kamzík cottage. It was located in the vicinity of the Reiner’s cottage. During the construction of the Kamzík cottage, the Reiner’s cottage was used as a hostel for workers. After the cottage was finished the Reiner’s cottage transformed to an agriculture building and later even to a shed. In 1963, there emerged some activity to use the cottage for some cultural purposes but this plan wasn’t realized. After the Kamzík cottage came to an end in 1980, the administration of the cottage was overtaken by TANAP and its renovation and conservation started. After renovation the cottage was closed but it was possible to see its interior through a barred entrance. There was a board informing visitors of a value of this sight. 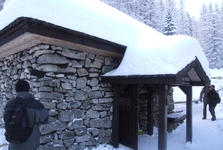 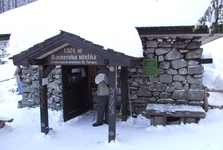 Thanks to undisciplined tourists and visitors of the Tatranian valles the cottage became a trash dump few years after. This changes only in the year 1997 when the cottage was rented by Peter Petras, current tenant. This high-school teacher from Kežmarok had positive attitude towards mountains and cottage since he had worked many years as an alpine load bearer. He literally launched rescue works to renovate the cottage. After much of trash was carried away he and members of his family began reconstruction of the cottage. In 1998, after more than a century the doors of the Reiner’s cottage were once again opened for all fans of the Tatras. There was established an info center of the State Forests TANAP and a small museum, or rather a climbing equipment exposition. Today visitors can admire bearer backpacks, various ski types from the beginning of the 20th century as well as many documentary photos hanging on walls. You can have also a small refreshment and a legendary and mysterious beverage known as Rainerovka (an alcoholic beverage only for adults). There are various events during the year, among the most interesting are a snowy Nativity scene building, bearer competitions or a walk to the Reiner’s cottage as a part of the Horalfest Festival. 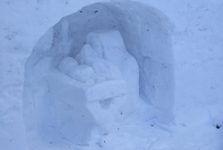 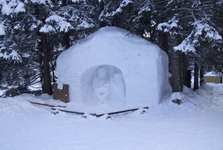 In the year 2000, due to heavy melting snow the whole roof of the cottage leaned forwards a reconstruction was launched three years later. During the renovation beams were changed, the roof was isolated and roof isolating made of 9 000 pieces hand-chopped shingles was changed as well. In the attic there was created space for an emergency sleepover and a fireplace was added. 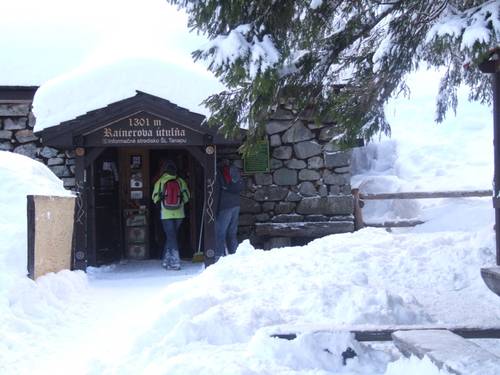 The Reiner’s cottage is an integral part of Tatranian atmosphere. They say that who hasn’t visited the Reiner’s cottage, hasn’t been to the Tatras. In the vicinity of the cottage there are beautiful falls by the Studený potok or good starting points for some alpine treks. The cottage is opened during the winter and summer seasons as well as on holidays and weekends.