The ride from Bratislava to Holic was very fast. It was partly due to us observing picturesque meadows and villages we passed by. Blooming poppy, and sunflower, beautiful blue sky and sun created true summer impression. All of a sudden we were in the center of the town. There our troubles to find a way began. Luckily, we noticed a direction board that had to guide us to the only remaining windmill in Slovakia . Right when we made a turn, the road split again. We took our GPS navigation which clearly pointed where we needed to. After driving on an asphalt road, we reached a path, and climbed uphill. Had we lower car we wouldn’t risk this road and walked instead (you can park even in Pod sypkou sreet). Five minutes of adventurous ride later we were in the forest. There is a parking space and many benches. Also you can see there a building with letters saying “Good Hunt!”, a shooting range and the three-storey mill. 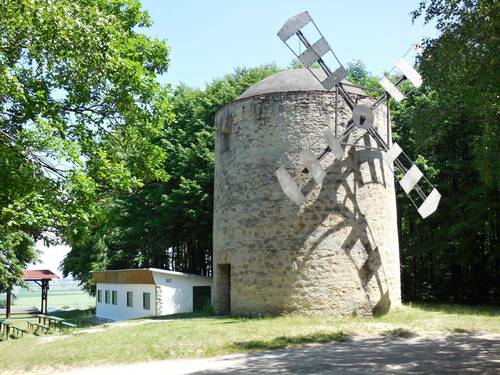 Compact stone structure was built in the end of the 19Th century. It looks similar to windmills scattered across the Netherlands. Its foundation consists of a brick round-shaped building with the entrance door and a small window. It concludes with a brick dome covered with asphalt plates. About a meter below the roof there isn iron wind wheel. The current form of the windmill dates to the 1970s when local gaming association renovated it. Until 1926, however, the windmill had a rotational roof with a wind wheel which rotated according to wind. It had operated until the end of the WWI. It’s a pity that the mechanism hasn’t been preserved. It would have made the structure even more unique. Today, the structure operates as a hunter’s cottage chatastrong>, i.e. a shelter operating during cultural events in the area. 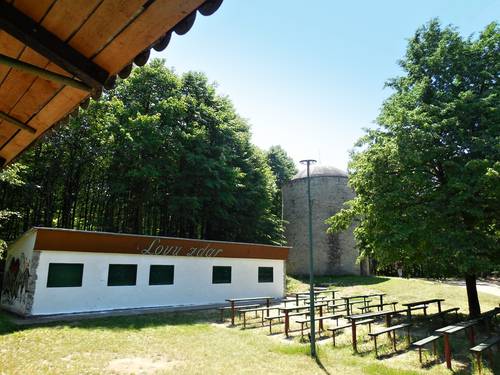 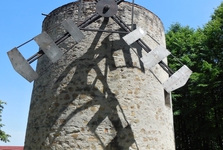 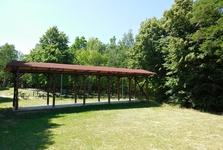 Maybe, as we did, you think – why on earth there is a windmill in Slovakia. It is due to large drought at the end of the 19th century. Traditional water mills were replaced by windmills. Records talk about couple of windmills in the villages of Sobotiste, Vrbovce or Chvojnice. Yet the one in Holic is the only one that has been preserved until the present day. 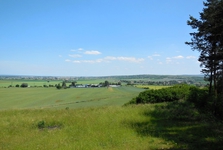 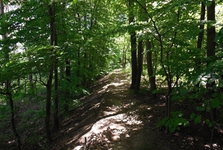 The windmill in Holic was also placed on a post stamp in April 2013. This puts it into a collection of other sights which are on post stamps. We were, however, slightly disappointed because there were no texts on this unique sight. Surroundings is covered with dense forests which makes it hard to see the sight. We believe, this landmark will be more accessible to the public in the future. It was pretty unpleasant to see disappointed tourists who only came here, shrugged their shoulders and left. 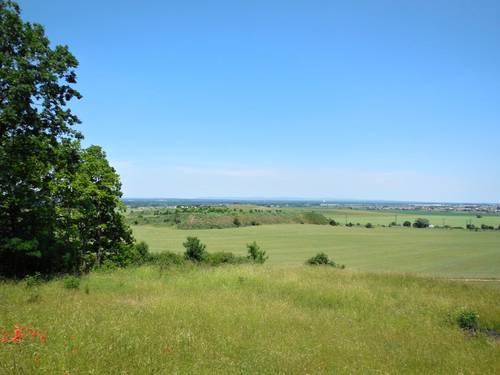 We haven’t condemned the place. We sat down for a while and then set off to see another beautiful places in Slovakia.