We had read something on the history of the town before we reached our destination as we usually do. Founded prior to 1567 according the Valachian law the village’s founder was Oravian zhupan Frantisek Turzo. Only five families composed the then village. Today the number is, of course, bigger – around 2.3 thousand people live here. Being in the north of Slovakia local climate is pretty severe which stood as the principal reason for exempting the village from taxes. Juraj Turzo, the son of Frantisek Turzo, issued a new foundation charter in 1613. In 1683, Latvian troops which burned the settlement down. Bubonic plague was another catastrophe to hit the village followed by really cold period. Eventually, Klin recovered from all bad things that had happened. In the present, Klin is a fabulous Oravian village the dwellers of which are friendly and mostly engaged in agriculture. Before it was logging, cattle and sheep breeding, making rafts and shingle production. 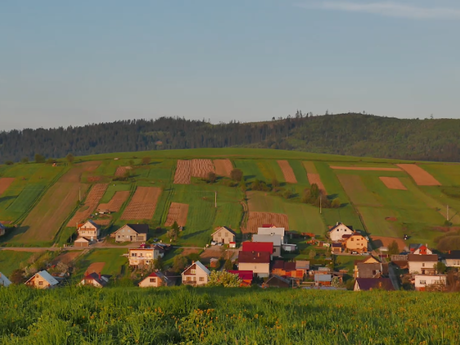 Upon we arrived in the village there were couple of cultural landmarks which caught our attention – artisan houses, St Antonio chapel (1825) and curia. St Antonio of Padua church is also a dominant sight. Built in the 19Th century the church has 4 beautiful bells he largest having 1 meter in diameter. A small ski resort is in Taskova, an area adjacent to Klin. There is a downslope, some cross-country tracks or Taskovka nature park . There is one really interesting fact about this area. Even in the coldest winter water doesn’t freeze here. 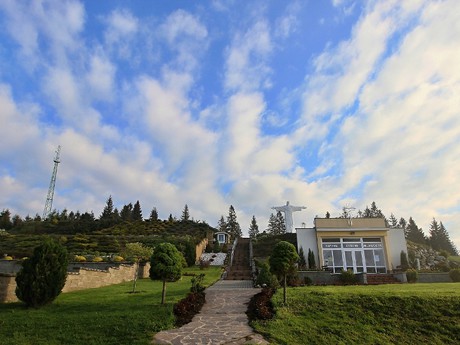 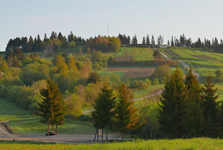 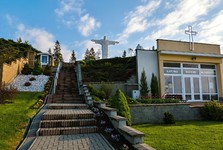 The greatest attraction in the town we left as the last. největší atrakci obce jsme si nechali na závěr. Už z dálky nás vítala. Je jí 9,5 m vysoká The Jesus Christ statue is a 9,5-meter replica of the original standing in Rio de Janeiro. The one in Slovakia is the third replica. The second, a 23-meter statue is in Lisbon. The monumental work of art is on Grapa Hill at 686 meters above sea level. Christ’s arm span is 7 meters. The statue, pedestal included, weights 23 tons. Near the Jesus Christ statue, that was raised to protect the Orava region, is St John Paul II statue depicting the late pope in prayers. Apart from it there are other sacral buildings. Beautiful view opens up to you once you stand on the top of the hill. You can see Oravska Dam, Namestovo, Varecku, Rohace, or Giewont or Zakopane, both in Poland and both visible only in good weather conditions. 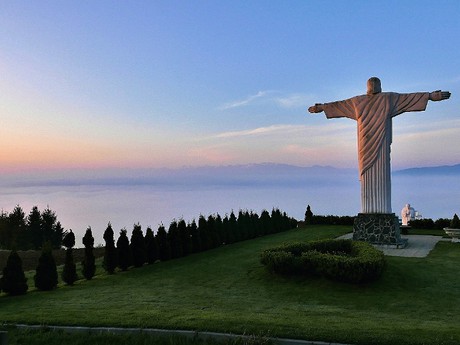 Should you consider yourselves a tourist then the bilingual (Slovak-Polish) Promeny Lesa nature trail is the thing for you. Its length is 9 kilometers in total with 13 information panels doting along the way. The trail takes you across marshlands, farmland, mountains, primeval forests, introduces you life in forest, chapels, and crosses, and eventually you learn on the history of the village and the art of weaving. 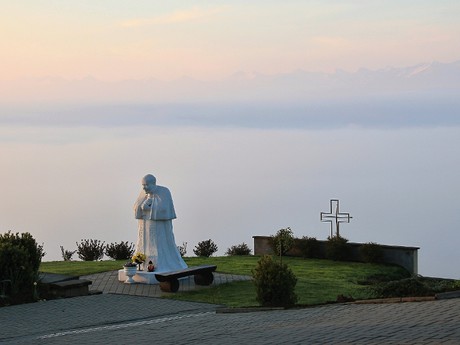 Nothing really happened in the village while we were there. Still we quite enjoyed it despite not going outside it. However, we were amazed by beautiful view, and the unusual attraction hard to find anywhere else.

Published: 16.10.2014
I am really getting into mountain biking. There was a time I couldn’t even imagine that I would ride across mountain ridges. Even getting across it on foot was difficult. I thought I would give up right below the peak for many times. Today, I am realizing that I might be an enthusiastic mountain biker.