We set off for a trip on one beautiful afternoon in autumn. Despite we were in Martin city we were not in the mood to see some historical landmarks. Instead we wanted to go in the nature. We took a ride by public transport bus to the terminus in Martin’s neighborhood of Strane. The stop is at about 500 meters above sea level at the foothills of Lucany, a part of the Mala Fatra. The first thing we saw was the panel of the Ferata Horske Zachranne Sluzby (the name of the trail). Thousands of tourists have walked through the ferrate and we were determined to find out why it was so attractive. 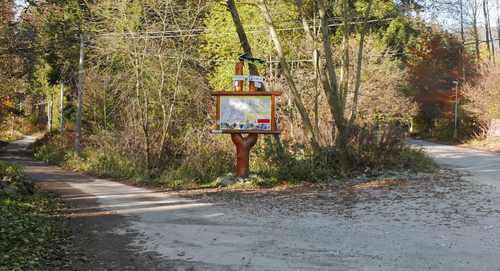 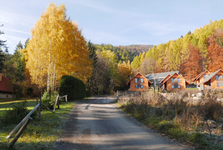 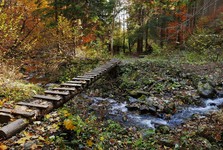 Following the route we joined the red tourist trail and walked through the area called “Nebicko” to Velka Valley. We were not worried to get lost. Large section of the route went by the Pivovarsky Stream . Following the we reached Bezova, an area at 1270 meters above sea level. There we joined the blue tourist trail and it was only a but further on to the famous ski resort, cottages, or the typical transmitter on Martinske Hole. 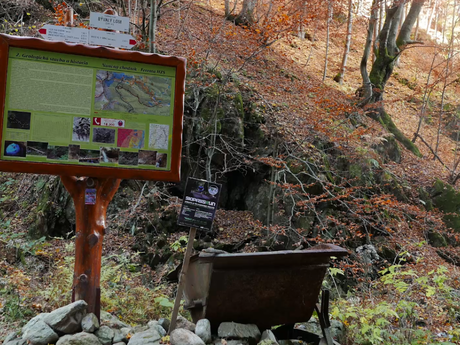 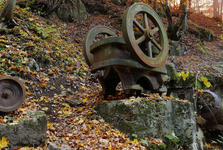 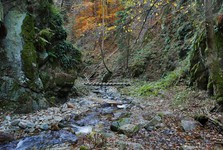 The journey was interesting. We covered 770 meters in elevation and more than 5 kilometers in distance. It took us 3 hours from the terminus to the first cottage of Martinske Hole . Two thirds of the route where you can go in both directions are easy and suitable for children with their parents. We enjoyed nature in autumn and even found what remains of former mining equipment. Couple of times we walked across bridges over a stream. We learned something on fauna, flora, geology, history and the ferrate itself. At the fourth information panel on it was bit different because the trail became one way only. More outcrops were visible. On them there were steel ropes to secure climbers as well as steps, and a ladder. At the fifth information board the road even split. To the left is the route easier (B difficulty) to the right more difficult (C difficulty. Indeed we chose the left one. 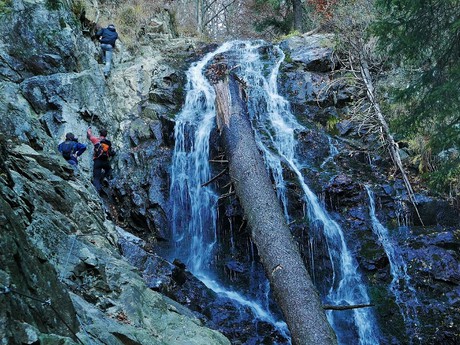 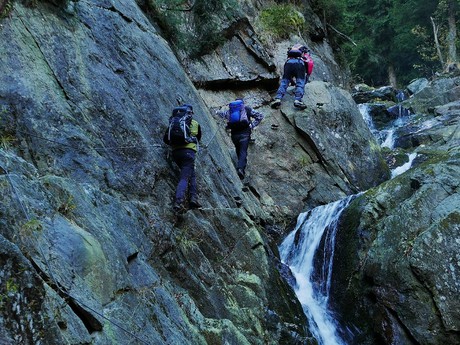 The Mountain Rescue Ferrate is an amazing result of nature with human touch. However, not only the servicemen of the Mountain Rescue participated on its construction. Also the members of local Skialp club invested their time and effort. They worked more then 3000 man hours for free. We recommend you to walk through the whole, or a section at least, of this fascinating ferrate that had been covered by vegetation for a long time. 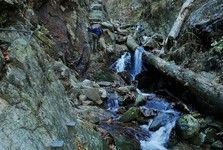 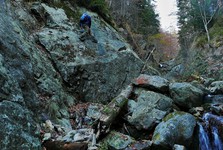 Note that you can walk through the trail only from , the 1st of June the 14th September and from the 1st of November to the 14th of April. And only during daytime. The measures are due to protection of natural habitat of local fauna.