The visit of the amphitheatre was for us truly a great experience. Yet we didn’t know there would be other breathtaking landmarks. Going straightforward from the amphitheater we reached the building of the shopping mall. On its right side, we saw the church of St Martin in an early-Gothic style whch was built in around the 13th century. During the reformation in the 16th century, the church fell unders the administration of evangelic church. It burned down several times during its existence, and it was rebuilt several times afterwards. Inside, medieval frescoes declared national cultural sight are to be seen. Also, we can see the statue of Pieta by Franek Stefunek, or the altar painting of the Virgin Mary of of incessant Help by Martin Benek. We couldn’t have missed the visit of the church. 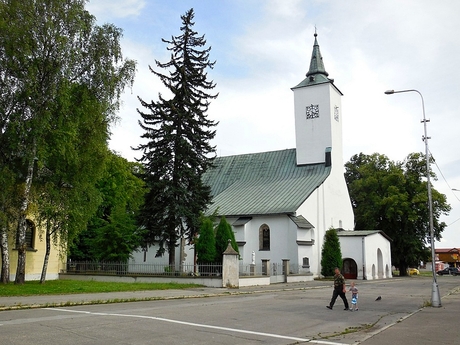 Upon our tour in the church, another building caught our attention. It is set left t o the shopping mall – it is Turcianska Gallery . Since 1983, the gallery has specialized on the beginnings of Slovak modern art, thus succeeding on the Martin’s national center’s tradition. There are works by celebrities such as Galanda, Fulla, Bazovsky, Alexy, Hloznik, or Benka. We had to skip a tour there for it was getting too late. 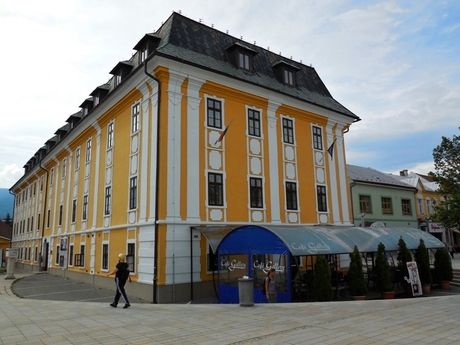 We walked to the other part of the pedestrian zone. There, the National House, the building of the theatre with its modern addition Milenia, dominates the whole space. Inside Milenia, there is the office for tourist information, café, and public toilettes. 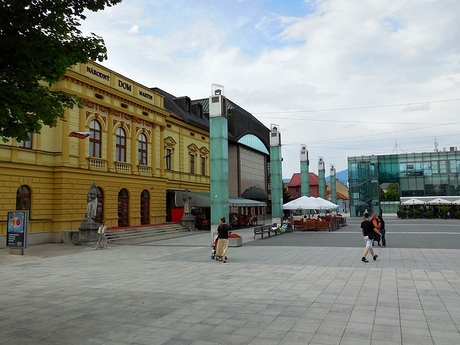 We stopped at the Slovak Chamber Theatre that is set in beautiful building of the National House . Unique, professional theatre was founded in 1944. First play was performed on January 22 of the year. The first play was sold out as it criticized totalitarian regime. It caused the theatre’s existence to be in danger. However, the situation calmed down and the legend of acting Jozef Kroner could join the theatre. Also, another Slovakian actors performed there. The building was polyfunctional. Except for the theatre it hosted a museum, hotel, restaurant, and even a casino. Only recently, the complete reconstruction was done on the building which is very popular among the public. Another interesting fact is that plays are usually sold out month in advance. As we didn’t have booked itckets, we went on. 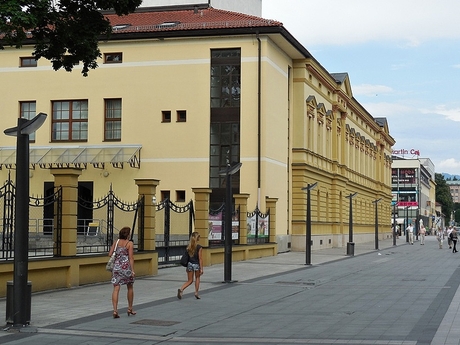 The last stop during our day-long walk was the Museum of Andrej Kmet that is very close to the theatre. The museum holds a vast collection of Andrej Kmet’s works. He was the founder of the museum management in Slovakia as well as the museum itself which holds 175 000 items related to natural history as well as humanities. The building was constructed as soon as 1906. It is the oldest building of the Slovak National Museum. It was designed by architect M. M. Harminec and holds the status of national cultural landmark today. Unfortunately, we couldn’t see the museum’s interior for ourselves as it was under reconstruction. 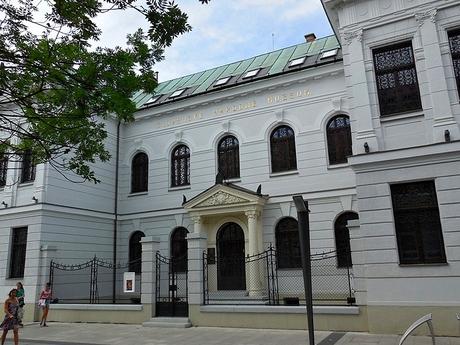 We could go on to see other city’s landmark. Yet we were getting tired. We chose to relax rather, and were firmly decided to visit the capital of Turce in the future.