Even in winter you can visit Liptov Village Museum in Pribylina that is whole year open. In front of the museum you can park your car. If you like folk architecture, you will most certainly love this place. You can find unique buildings with elements of medieval town that was common in the past in the Liptov area. Except for wooden and agricultural constructions you can find here also two rare medieval rock constructions – Gothic-Renaissance castle Parižoviec and early-Gothic church of Virgin Mary of Liptovská Mara. If you are interested in railroads you would certainly enjoy your visit of the folk museum. Since 2004 there is a new attraction – a static technical exposition of former Považská Forest Railroad.

A history of this unique sight is certainly long. In 1912 due to expanding lumbering in Liptov it had been decided to build a forest railroad. The railroad would make hard and lengthy process of transporting wood by the river easier. During the years the track with a gauge of 760 mm had been lead from Liptovský Hrádek through Liptoská Teplička to Staníkov. The total length of the track was 40 kilometers. When turnings were added to the track its total length raised to 109 kilometers and it became the second longest track in Slovakia right after Vychylovka. The track begun operating officially in 1921, however, some sources state it was as early as in 1916. When people started to more use cars the turnings of the track were since 1960 gradually shut down and the shut down of the whole forest railroad came on December 31, 1972. 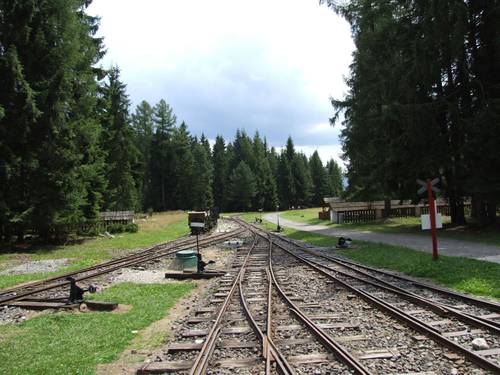 A beginning of rescue works
Even before the shut down of the track there were efforts to keep it, especially strong endeavor came from Ludvík Gereg, the administrator of the track. However, the state bureaucracy was stronger and his attempt came in vain. After the shut down only some parts of the track were left operational, since they were promoted as a national heritage. Nevertheless, locals stole ten ot of eleven kilometers of track and used the material to build their own houses. Ludvík Gregor meanwhile managed to safe a part of rolling stock, at least. The Heritage District Administration in the 1980s, however, lent a significant part of the rolling stock to Vychylovka Museum where these valuable vehicles degraded to scrap. Thanks to volunteers the vehicles were conserved and serviced in depots in Liptovský Hrádok. The unhappy fate of the track continued on through the second-half of the 1990s. It was conflict of interests between saviors and robbers who were responsible for a significant damage on the track and its rolling stock. The last group of volunteers transported torsos of the forest railroad to its current place – to Liptov Village Museum in Pribylina. 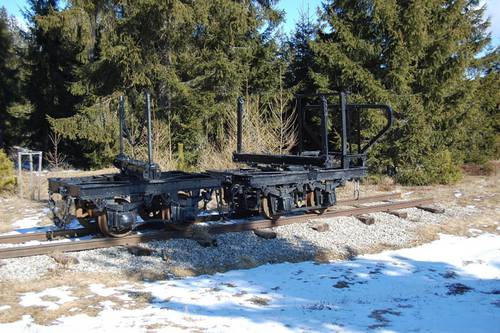 Right after the last parts of preserved forest railroad volunteers begun to renovate it. Their effort to safe the track was successful as you can find out. Today the back part of the folk museum in Pribylina is covered with track going through beautiful nature to a railroad depot. On the track are railway carriages, railroad switches and other unique items. Since 2004 the exposition is opened to public. In 2006 there were enough finances to repair a steam locomotive that can be seen on Sundays. The rolling stock represent mostly exhibits that are not operational today – steam locomotive and carriages. Nevertheless, even today they attract mostly attention not of children but of adults. 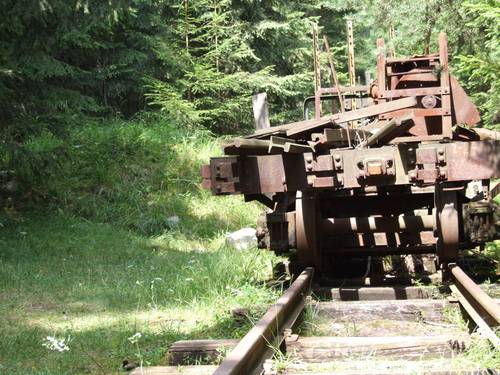 After our tour in this museum with its beautiful technical sight we were bit sad we won’t experience a ride to Low Tatra Mountains and we have that feeling until present. But, it is said you don’t have to look into the past, but into the future. So we strongly belief barbarism that happened to this track will never repeat. Although, a current trend to shut down unprofitable railroad tracks make one unsure about that…

Baranec mountain is a popular tourist destination in the Western Tatras, the third highest mounta...