The picturesque village of Smolenice, in which live about 3200 permanent inhabitants and many others, who have here the weekend cottages, visit the southeastern foothills of the Small Carpathians in the Trnava region. During sunny weekends Smolenice is becoming a popular place for family outings. From the capital of Slovakia - Bratislava, the drive will take about an hour.

The jump to history

The first written mention of Smolenice is attested from 1256, where they refer to as villa Solmus. The name of the village is probably derived from the word loser or bad luck, bad luck as a producer. Thanks for easy access, good natural conditions and good soil fertility, this territory was inhabited much earlier in the Stone Age. Around the sixth century BC, the Hallstatt period, there were at the top Molpir large Celtic settlement. In its place arose later and Moravian settlement. The last of the castles that guarded Small Carpathian passes, was built in the 14th century, just above the village of Smolenice. Throughout history, the castle was replaced by several owners, until finally in 1777 got into the hands of Jan Pálffy. Beginning of the 19th century, during the Napoleonic wars, when the castle was not inhabited and, eventually burned down. Today Smolenický historic castle is a kind of "new building", which was mostly in the first half of the 20th century. 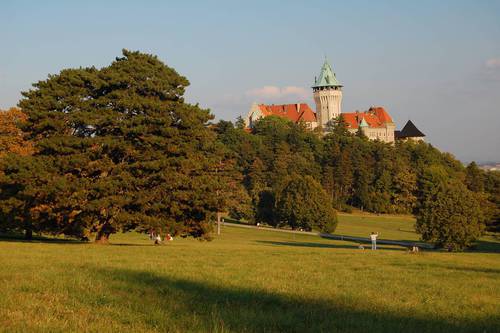 In addition to defensive walls fort on the hill Molpir, wherever the trail leads and beautiful Smolenicke castle with a large park, but Smolenice can offer to visitors much more.

Sights and attractions in Smolenice

If you go to Smolenice, do not miss a visit to a late Renaissance church of the Blessed Virgin Mary, which hides a valuable Renaissance equipment. Outside the church is a beautiful 350 years old through a spreading lime, which was planted simultaneously with the construction of church and held over him like a protective hand. In the village there are also several chapels. Perhaps most interesting is the chapel. Vendelín with tomb of Pállfy family, but it is also worth a visit chapel of St.  Roch, or chapels of Ascension Day. If you go here with children, it certainly addresses the pillar of shame, or the pillory, built in Baroque style, from the 18th century. No need to even know the history, just talk to them calmly and fanciful tale about a thief, who had become a sign of shame and you will see, that they will listen you with an open mouth. And if only it, believe me, until the end of your trip they you will listen to the word. Another place that you would after walking in Smolenice should not miss is the old rectory building, which is a museum Molpir. 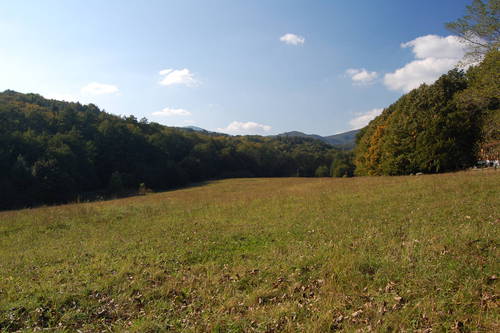 Probably the world's most famous native of Smolenice is a designer and inventor of the first parachute of Stefan Banič. He was born in 1870 in Neštich (from 1960 Neštich is a part of Smolenice) and residents of the village today to remember him with respect. On the occasion of the centenary of his birth, was dedicated his birthplace memorial boards, and in 2006 was placed his bust in front of the old school.

How it lives in Smolenice

In every season something going on in Smolenice. Already this Sunday you can enjoy an interesting program on the occasion of Mothers day, which will take place on Sunday 13th of May 2012 in the House of Culture in Smolenice. All children can again enjoy the fabulous journey through the forest, which will be prepared for them the first Saturday in June in the premises under lock and key. Of the many cultural events by the municipality for its residents and visitors regularly prepared, I want to remind you one more. In mid-August, you definitely should not miss XX. annual fair in Smolenice.

What is Smolenice castle in the present and what beauty lies surrounding countryside, you can read next time.