The leap into the past

The area, where the city Krupina lies, was according to archaeological findings settled by inhabitants of the lengyel culture before 5500 years ago and since then has been continually inhabited until the present. At least so it proved archaeological findings discovered in the territory of the town and its surroundings. The oldest written record of this area is a deed of King Bela II., from the 1135th. Late 12th and early 13th century German colonists came to the region and

became a full-value medieval city Krupina. But that was the center of the surrounding area before their arrival already. Witness could be the Church of St. Peter from the mid-12th century. Together with establishment and development of the city was road, called Via Magna, connecting Krakow, Esztergom and Buda a very important part old medieval. Positive boom of town violently interrupted Tartar invasion in 1241, which devastated the city. Approximately half of the 15th century was Krupina threatened by remnants of troops of the Habsburg with the leadership of John Sparks of Brandys, who eventually managed to occupy the city. The brothers built a defensive wall around the church with bastions. Sovereign Ladislav Posthumous to Krupina granted the privilege in 1453, according to which qualify for special protection of Hungarian rulers as a free royal city. City was extensively damaged during the Turkish raids. Therefore around the city were built walls with two main gates and around the year 1564 and watchtowers called vartovky. Unfortunately, to this days to maintain just one of them, and it Vartovka on peak Stražavár, which about a few lines below you can read a little more. But it is true that the Turks threatened the city several times and while captured many local residents, the city Krupina they never occupy. Turkish war as well as the uprising was a hard time for Krupina, but also from them, the city gradually recovered. There were called Piarists who later added to the famous piaristic school the so-called Normal School. In 1797 the town caught up to two huge and devastating fires. In the 19th century in Krupina worked patriots Andrei Braxatoris together with his son - the poet Andrei Braxatoris - Sládkovič. Krupina famous native was also a writer Elena Maróthy Šoltésová (born in 1855). 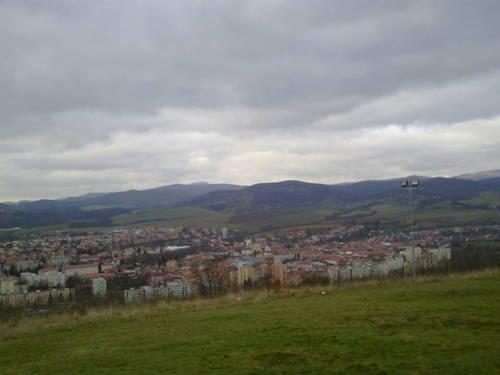 And because today's story about the town of Krupina was devoted to the history, description of the attractions we move to the historically important and to this day the only preserved krupina vartovka on Stražavár peak.

To the Vartovka, lying east of the city Krupina, leads you blue tourist sign directly from the city center. The route is also suitable for less experienced hikers and families with children because it is more a pleasant stroll than a tourist climbing. The mark will lead you past the church across the river Krupinica to the eastern edge of the hill Stražavár on which still stands guard tower Vartovka. If you don´t want walk, do not despair. Up to the guard tower, currently serving as a tourist view, you can also drive a car.

The prospect is open to the public. From the slender tower, high about 13 meters, you have a wonderful panoramic view of surrounding areas. In addition, the city Krupina you can see very well from there, admire the beautiful rolling countryside Krupinské plains, hills Štiavnica hills nearby, but for example nearby Bzovíca fort, which might entice you to visit. To the wooden walkway is leading outdoor wooden staircase. Vartovka, built around 1564, early 18th century stopped fulfill its original role and went in ruins. Until the second half of the 20th century it was restored. Today is carefully refurbished and each year many tourists visit it. Sometimes maybe you do, as well.