If traveling by train, we will go to Cerchov from the stop Trhanov. From the railway climb the red trail to the monument to J. S. Bara on view, from where it offers really nice views of the countryside. Next, go through the forest along the blue trail to Capartice. 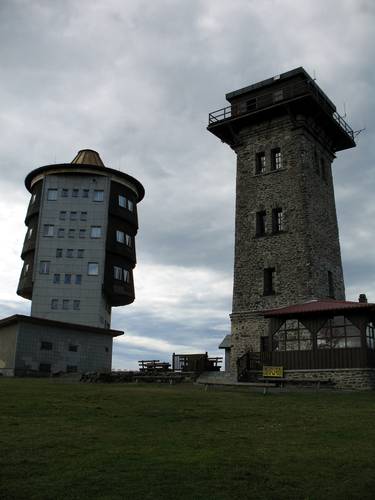 . Here, travelers - motorists leave their car and go to Cerchov directly from the parking lot. The summit can continue to walk or even some seasonal bus lines. From June to September those who want go on the trail Capartice - Cerchov observation tower use up to five buses a day. If we can not walk the red trail, waiting for us to the top of an easy ascent along the road waving silent forest.

On the flat top of the gate of the fenced area, in addition to several low buildings rises just two towers. No, we are not in in the middle of the story of the Lord of the Rings, but in the former military site in Cerchov. Side by side there is over 30 m high concrete military tower (closed to the public) and 25 m high stone Kurzova tower . That here in 1905 replaced the original wooden observation tower. Kurz’s lookout tower was between 1938 - 1989 not open to the public since it became part of the complex military observation bases. Only thanks to the generosity of many enthusiasts could KCT lookout after 1999 working again and make available to the public. Now, you can climb for a small fee, and visibility is good to see even the Alps . The food under the tower at the friendly service we need to order a delicious morning coffee. 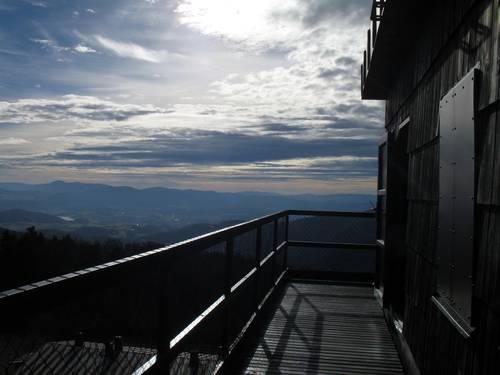 If we want to explore the area a little more , we go from the top along the blue trail toward the southwest, where we pass through NPR Cerchov’s forests . We've got a unique way to preserved ridge mostly beech to mixed forest with many stairs carved into the solid gneiss bedrock and numerous rock formations arising frost weather. Below the main ridge relax at Ceska Studanka and continue northwards, while the yellow and unmarked solid way to the intersection with the red trail . Now decide where to be green tourist trail leading to our next destination Sokolovska Vyhlidka. While adventurers with Gore-Tex shoes can walk straight ahead for about 500 m long forest path with a springs and little river, others can avoid this “critical area” by walking left along the red trail . When we reach the green markers, we will follow it to the east, downhill. If we pay enough attention to the surroundings perhaps even a glimpse of the forest deer. 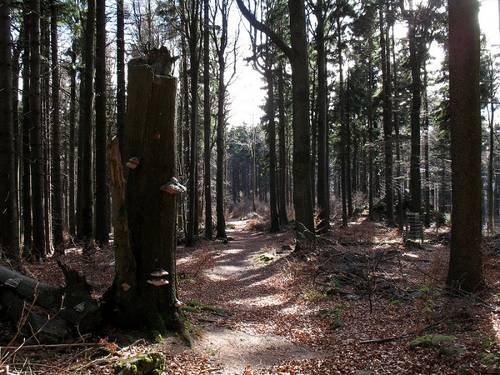 On a Quartz Bank

Just behind the plaque geologist Rudolf Sokol at Sokolovska Vyhlidka, we see local geological curiosity - a rocky outcrop resistant quartz vein to form the ground up to 2 km long quartz wall. The prospect, however, is the prospect in the truest sense. Therefore we should not be disappointed that we will "only" place of good view of the excavation of the unique rock outcrop. 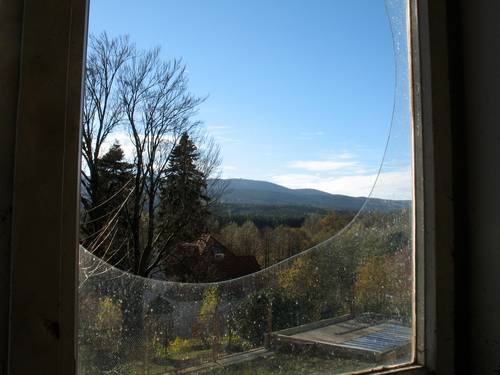 A green trail goes up from the quartz bank leading to final destination of this day, to Babylon. You did not know that it is so close to ancient Mesopotamia? Not at all! We came to a completely different Babylon! This village with less than 300 inhabitants is a popular tourist destination, but not because of history. Tourists are attracted mainly to the possibility of recreation at the shores of Babylon pond. However, after our 20-kilometer hike would also swim there.

Other photos from Cerchov are HERE