Published: 7.2.2014
To Grand Canyon, I traveled from Las Vegas. It was about mid-November so I enjoyed cool temperatures. Before I left, I had decided to treat myself, so I entered a first diner I saw and ordered pancakes for breakfast. 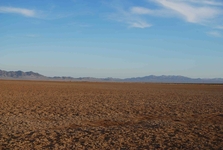 After all, in many American movies you can see this routine. From the plate to the ceiling rises a tower of thick pancakes, which together slowly suck huge amounts of maple syrup. The downside after such a breakfast menu is your conscience . Perhaps there is no objective advantage to eating such meal. Or maybe there is, intake of sugar causes a flood of endorphins.

I left the diner refreshed by coffee and filled by pancakes. I walked towards my car that looked ridiculous among large trucks.

However, its consumption was its greatest virtue. The time when Americans did not care about consumption of their cars is gone. Obviously the recent economic crisis has its share in it, when more people than ever have begun to notice for how much they buy gasoline.

However, increasing pressure on environmental protection has had some effects on car culture in the US as they are far more cars with lower consumption that used to be. Anyway, to me it was definitely enjoyable to fill up gas tank of my car, the consumption of which was around seven liters per hundred kilometers, approximately for 18 crowns per liter .

I enjoyed last look at the Strip . Monumental hotels were preparing for another wild Las Vegas night. The goal of my trip, however, could not be in greater contrast with the city, I was just leaving. 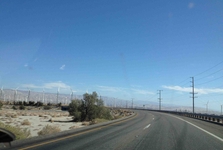 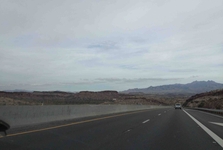 Grand Canyon is most certainly in the top ten places you shouldn’t miss while in the United States. It is very famous and, for a while, I thought I should reconsider if it is really worth it. I thought it might be better to try visit some other less well-known place, in California or Nevada, for instance.

still a considerable journey ahead, about 300 miles. A part of the journey led around a large architectural construction built in the first half of the 1930s. Hoover Dam . The dam, the construction of which begun during the presidency of Franklin D. Roosevelt, saw more than five thousand workers constructing it in the busiest time.

A condition that would allow the construction of the dam was to divert the Colorado River. To achieve this, four tunnels with a total length of five kilometers had to be built.

Hoover Dam was at that time one of the largest concrete structures in the world. Its price in today's money would excess $800 million. It is 221 meters high and 379 meters long.

I left Hoover Dam behind me and continued on the freeway to the Grand Canyon...