Opposite to the Capitolio stands Palacio de las Academias, a beautiful neo-Gothic building where the Venezuelan Academy of Sciences resides. It was founded in the second half of the 17th century yet its current looks comes from the end of the 19th century. 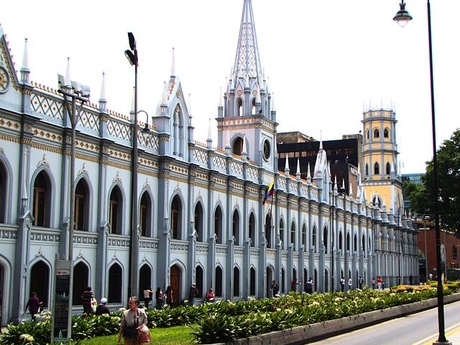 Number of important buildings at this place is no coincidence. Couple of meters to the east on Avenida Universidad there is the birth place of Simon Bolívar. Bolívar is probably the most important person in the history of Latin America. It was him who stood in the frontline of the independence war of Latin America on Spain and Portugal. 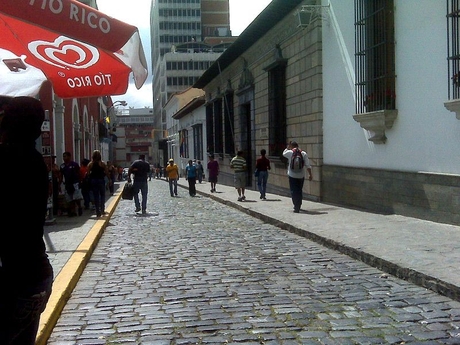 Bolivar’s house of birth was built in the 17th century and it was in colonial style. In 1783, the year of Bolivar’s birth, the villa had very richly equpipped. For instance, furniture was made of mahogany, and you can see some equipment util today. In the beginning of the 20th century, the mansion was renovated and dedicated to keep

the memory of the revolution era and its main hero. For example, you can see his personal library and documents. The museum also keeps Bolivar’s uniform and contemporary weapons.

Now we move to the north until we reach the most important place in the city. It is Plaza Bolivar with impressive equestrian statue of Simon Bolívar unveiled by shot from 21 cannons and sound of bells in 1874. The square is surrounded with important historic buildings such as Museo Sacro de Caracas.

Before it was opened in 1993, excavation works took place there revealing a mass grave with more than 20 skeletons in it. The museum displays items related to history and religion of Venezuela in the colonial era. For instance, you can see statues of if saints, or painting of Juan Pedro Lopez, an important Latin-American artist at the turn of the 19th century. 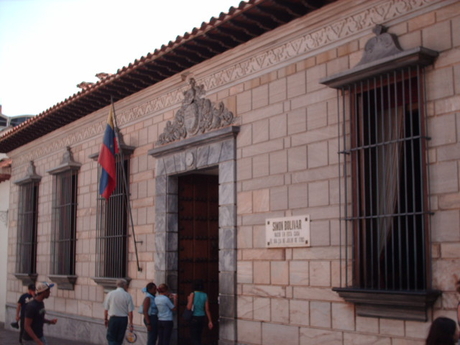 Also pay attention to the catholic cathedral of Caracas . This beautiful white colonial building has been standing there since 1674. IT replaced smaller church destroyed in earthquake. The church is 82 meters long and 25 meters wide. It consists of one main nave and two other naves. In its central part there are 32 octagonal columns. A belltower is adjacent to the church. Today, however, it is a clock tower. Except for classic sound commencing a new hour it also plays some well-known melodies. 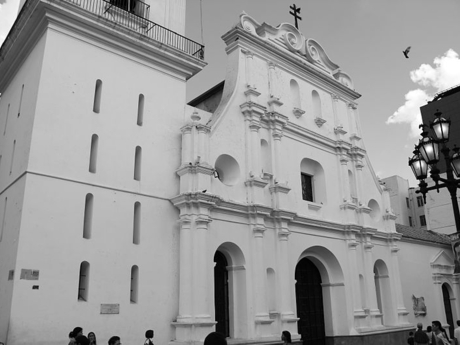 Except the cathedral and the museum, there is also the archbishop’s palace, the chapel of Santa Rosa de Lima, or Teatro Principal. We will take a look there some other time.