en.infoglobe.cz » ZOO Bratislava - Exotic Wildlife In The Middle Of The City

Its history dates back to 1948, which drove the first meeting and official account of its origin. The basic question that was necessary to solve was about its location. The account came Iron locations around the well, or premises at PKO, but eventually as the best alternative to build a zoo show in Mill Valley area. The actual construction began in 1959 and the inauguration was not long in coming. The first visitors went through the gates of Bratislava Zoo just one year later, on 9th May 1960. First breeding successes came soon. These included such as artificial breeding antelope and baboons. The zoological garden is constantly growing. Gradually complement many other rare species of animals. 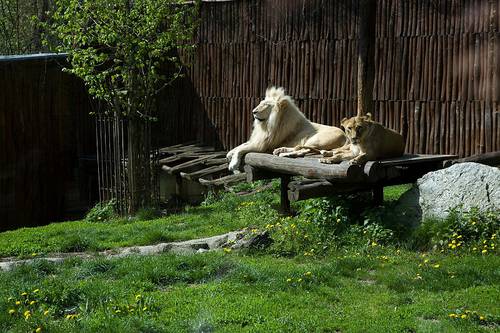 Ordeal for the ZOO

Due to ongoing construction and expansion or finishing of infrastructure in Bratislava, Bratislava and ZOO hit hard blow of fate. Between 1981 and 1985 was the complete destruction of an incredible two-thirds of the ZOO, which ceased to exist and the part that was for the visitors, because the animals that it could see there, was the most interesting. It started with large movements of animals and already there was another hard blow from the decision to build the highway, which began to build in 2003. Although strongly influenced the daily life at the ZOO, but fortunately did not stop its development well underway. For short periods during construction of road tunnel rushes, the ZOO was even closed to the public. It did not take long, however, and a new entrance and adjacent parking lot began to use the curious visitors. There were also anti-noise barriers that separate the animals spontaneously from the noisy road. And I must admit that very well. 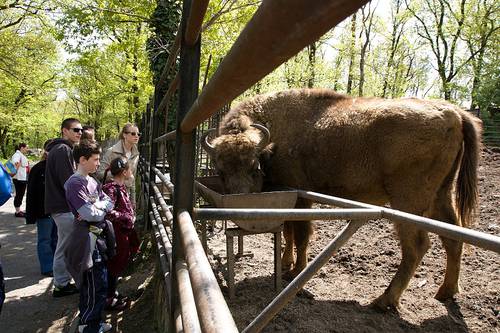 Bratislava ZOO covers an impressive area of ​​96 ha, 35 ha of which form part of its exposure. Therefore, if you choose to come to their offspring, be prepared that there really spend the whole day. Admission prices are not low, but you visit the Zoo Bratislava I highly recommend. Once a year you visit her purse certainly won´t ruin it. If you bring your own food to prepare, be sure to find somewhere nice sitting in the shade, where it will be able to enjoy in peace. If you prefer more fast food, in the period from April to October are ready four well-stocked cafeterias. The zoological garden is open to the public year round, so feel free to visit the animals during the colder months. Many of them will surprise you by changing their hair, feathers, or any other colour. For kids there are also two playgrounds, or really interesting kids excavator, to which during our visit even waiting in line. During the high season may kids can ride the ponies. It will be surely a great experience for them.

What animals live there?

In ZOO Bratislava you can admire to 147 species of animals, which lived here over 600 individuals. The most popular exhibitions for visitors to the pavilion are d

efinitely carnivores and primates pavilion, where you can admire teachable chimpanzee or Sumatran orangutans. Equally interesting is the terrarium or exotarium, but I am personally excited about the single most rhino enclosure. Great attention is attracted by the unique exposures of Mesozoic reptiles called DinoPark, which also includes a children's paleontological playground, or interesting 3D cinema. I must admit that the zoo in Bratislava, I visited a really long time and I was more than pleasantly surprised. Relatively large enclosures for the animals, well adapted complex, high-quality food service, clean bathrooms and a really huge number of animals left in me only positive emotions. Therefore I would like to visit her recommended not only to families with children, but also in love couples or a group of friends, who certainly spend a nice day surrounded by beautiful countryside and they don’t have to leave the city. 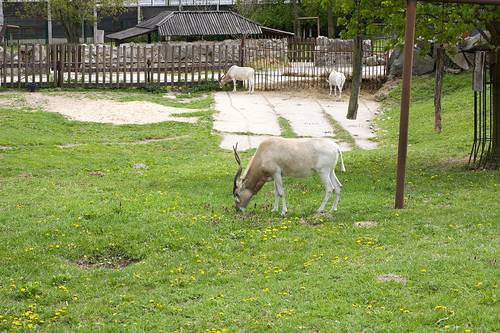