It was a bit cold, but in the park, which is not even big enough to walk the dog, was full of people. Milda Simandl, 22letý horse lover, that afternoon among the trees built with ribbons a makeshift fence, to start their show in the Spanish style in the evening. In Blatná he does it this way for several years, as well as the past few years, his art appears in the prestigious Horse of the Year exhibition in Lysá above Labe.

He gives his horses what they need - freedom. He touches them in a way as if he were a horse, has a sense for them, identify their needs and learn to read in their soul. More than six hundred kilo animal responds to subtle movements of his hands and body, canter, stop at the little spot and stand on his back, when his master's wishes. Their consistency all present impresses almost to tears. 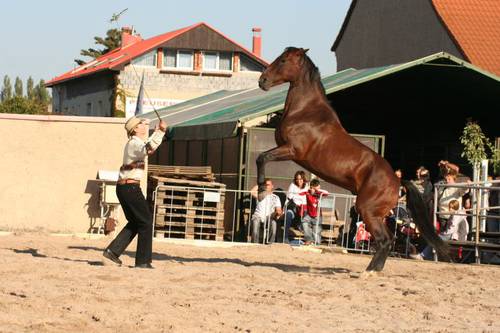 He long ago is among the people who can teach someone, yet remains humble and down to earth. He knows that the horse can learn a lifetime. They are fun, work and inspiration for him.

While the First Republic was full of horses, the Communists after the war, managed it, that almost all of this noble animals has disappeared from pastures and stables of the former Czechoslovakia. It remained a few national breeding and sad eyes and empty souls of those for whom life meant horses.

After the revolution, but things quickly gave in motion, borders were opened and especially from Germany, which rank among the great horses powers, here literally crowds started coming cheap, but the poor horses. Riding the methods follow the simple rule - carrots and sticks. Horses quickly became a tool for making money. The absence of alternative methods of training is often exhibited very uncomfortable and often painful experience.

The last few years, but people who care about how treated their horse, fortunately began to apply more subtle methods of training horses, riding, more perceive their needs and more than a whip, now used by the brain. 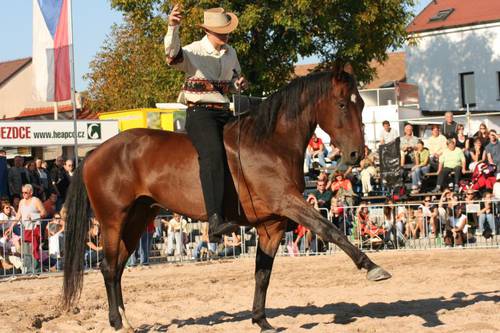 How horsemanship settling here in the Czech Republic

Totally different from those who do not want to give up bits and classical way of riding, are people promoting - the Horsemanship or if you want - naturally communicate, whose pioneers were Monty Roberts and Pat Parelli. It is a game - mental connection between man and horse, when one must play by the rules that work in a horse herd. To deliver quality, what the horse wants, it is necessary that he respected the animal. In its essence, it is just a different approach to the enforcement of obedience. Who does not have enough patience and will to overcome oneself, gets the weener. 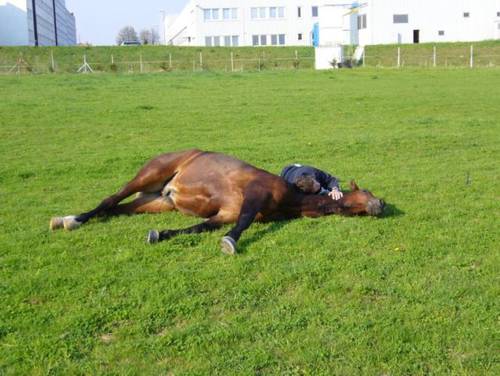 Today they have these procedures in the Czech Republic its place, a lot of supporters and recently turn into pure commerce, as well as all equestrian sports. Such a form of business, but that is fine and the horses are susceptible, it is very nice. Still it is about compliance horses and humans and it can´t bypass by bit sharper or spurs. 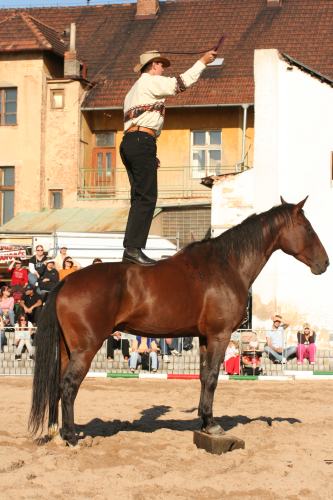 Provided you could not visit 9th National and International Review of thoroughbred Arabian horses...

We went to Blatná, this time not to show you the beauty of the city, but because Miroslav Simandl...