Smithery is old almost as human kind itself and horses were human companion since ancient times. Since those times people who use horses for fun or for work know how fragile these animals really are, despite they weight around 600 kilograms.

Blacksmith was an important person during the times of the First Czechoslovakian republic. He knew horses, iron and he wasn’t afraid of fire. No wonder that people wanted not only to sharpen their axes or to shoe their horses, but also advice. 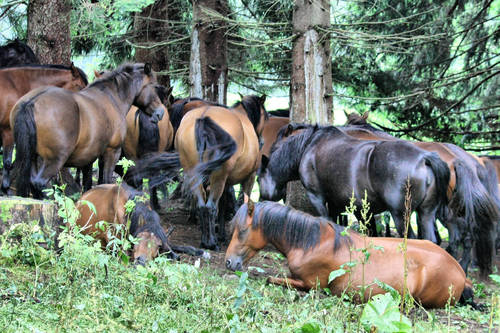 Times have changed. Mostly during the 1950s lots of people lost their property for the sake of collective ownership. Some small owners trusted the government that told them they wouldn’t work so hard, but earn the same or more. In the course of time some were persuaded to accept the JZD and later State Homesteads model just to be able to survive. Regarding blacksmiths – they gradually became car mechanics or other types of craftsmen useful to society.

Another change came after the Velvet Revolution in 1989. People had been getting back their property and were thinking of use of their farms and homesteads. There were not many horses in that time, which meant interesting idea for business. Cheap horses were imported to the Czech Republic from Germany or Poland. Today it is no rarity to see horses here, in the Czech Republic. Opposite is true. Horse riding is very popular here and blacksmiths are in short supply, especially those who do their work best. 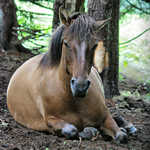 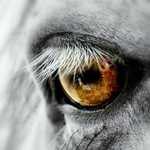 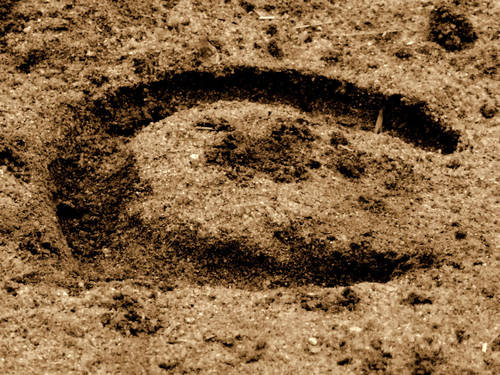 However, the blacksmith’s craft is performed also by “phonies” – people with lack of professional skill and knowledge, but grieving for money. They are lucky that a horseshoe can be easily bought and they don’t need to make it. Horses that were shoed by these so-called blacksmiths often limped and master blacksmiths had to put a great effort to rectify lousy job, since a horseshoe is horses’ second heart.

A night before shoeing so-called bullets should be put into the horseshoes. Clayish things that should make hoofs softer and easier to work with. On the second day morning blacksmith will arrive and will overlook horses pacing and trotting so he can examine details. Then he clears the hoof, pull out nails and carefully removes old horseshoes, chipping off and grinding off of overgrown horn. It is performed on every leg, however in the case female horse Medea her back hoofs won’t e horseshoed. 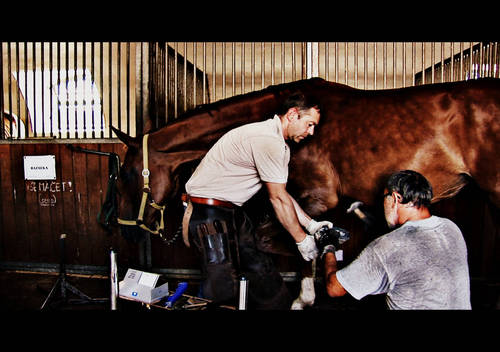 „When horseshoes are removed we should look at them since we can clearly see how the horse paces, how his rear pace looks like,“ explains Jaroslav Kaufner, master blacksmith. Next follows a truly magical part of the work – adjustment of horseshoes in heat. “On a part of a horseshoe were wore out the most, it will bend the most,” Kaufner describes his work.

Medea doesn’t like forging in heat, i.e. when the blacksmith works with a red-hot horseshoe right on her hoof. That’s why the blacksmith put that hot piece of metal to her hoof only for a while. He then finishes fixing the horseshoe in a cold state. The horseshoes are then sharpened and nailed to the horses’ hoofs. 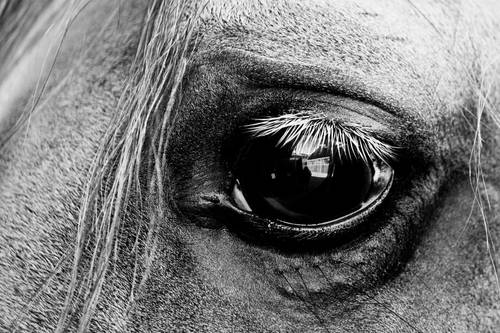 „Here it is important to not hit the white line, or simply put a place where the hoof is very sensitive,“ and then he virtuously nail first horseshoe. When he nailed both horseshoes he checks horses’ stance, he then examines horses’ pace and trot to ensure he did his work right. “Horseshoed hoof must step on ground with full surface of the horseshoe. Horse can’t limp after the horseshoeing,” master blacksmith closes his talk.

We went to Blatná, this time not to show you the beauty of the city, but because Miroslav Simandl...