There was constant raining since the middle May and from the beginning of June water level of most rivers rose. Happened what people still vividly remembered. Despite most of them believed the year of 2002 won’t repeat, only few centimeters remained to reach its levels.

The first emergency level, then the second and lastly the state of emergency and the highest level of emergency. Afterwards evacuation at many places. Floods came from south and west across the middle, Prague onto north of the republic. News broadcast of public media was almost monotonous and continuous. Chaos in traffic, people without electricity and gas, roof and property. 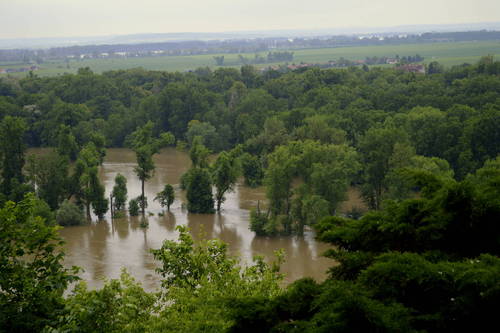 News from south Bohemia are focused on situation in Putim, Tabor, Ceske Budejovice, Veseli nad Luznici and Bechyne. Heavy rains are also in Sumava and even the Bohemian Forest . However, rain worries the rest of the country as well. Floods hit Prague on Tuesday at six in the morning. Unlike in the past, the capital was ready for it and several anti-flood barriers were raised along the River Vltava. Several districts of Prague had some problems – Chuchle, Smichov, Liben, Troja. Also Karlin was on alert. Prague ZOO has a third of its area flooded and keepers had to evacuate dozens of animals. Even a paddling complex was flooded, this complex was about to host a whitewater slalom, as well as every riding areal on the Cisarsky Island. The subway was not working from Sunday night to Wednesday morning and on the latter day it operated only limitedly. Many main traffic routes were closed. 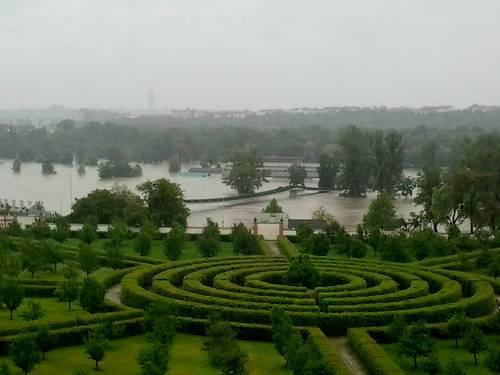 Kralupy nad Vltavou was troubled by the River Vltava. The mayor of the city complained about work of water managers. According to him, they regulated poorly outflow from the Vltava Cascade, i.e. a system of nine dams on rivers south from the capital. The whole housing developments of Cukrovar and Hurka had to be evacuated. Except the River Vltava the Zakolansky Rivulet made some problems too. Kralupy was the first city that reported looting.

Zálezlice, a town near Melnik, became a “symbol” of the flooding before and anti-flood barrier was about to be finished in three weeks. Unfortunately, Zalezice disappeared for few days. You could see only top floors of houses in cloudy water of the River Elbe. 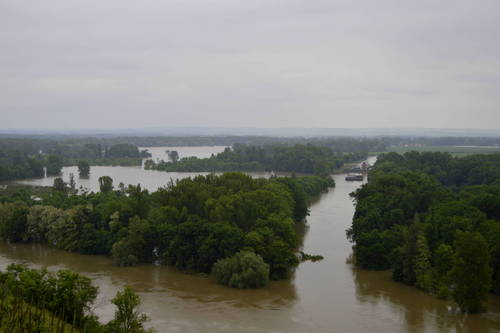 On a place where Vltava flows into Elbe, in Melnik, these two owerflowing rivers caused worries in the eyes of many. A day after culmination, Melnik struggled with a dike that needed to reinforce at several points. The city itself evaded the tragedy, however, almost every town in the District of Melnik faced problems. A water got over dike and flooded the whole town. Also Vranansko-horinsky channel didn’t resist the water. The fourth day after the flooding, i.e. Wednesday, brought some relief to people of Melnik for the water level began to decrease.

On Wednesday meteorologists finally speak about better conditions but worries move together with water to northern Bohemia. On Wednesday, Labe had culminated in Lovosice and Litomerice in the late afternoon. A dike near Lovochemie, a the largest producer of chemical fertilizers in the Czech Republic, was leaking. The company management was thinking about controlled flooding of the area together with neighbouring Preol.

Preparations against flooding are undergoing in Usti nad Labem and Decin. The peak should come on Wednesday night. Strekov, a district in Usti nad Labem, has been cut off since Tuesday for almost every house on a shore is flooded. Ten city districts are flooded. Due to electricity cuts trolleybuses are out of work as well as two main bridges.

Decin, the last stop on Elbe, also experienced heavy damages. Like Usti nad Labem even Decin has insufficient flood protection. Together with water the Czech Republic sends two containers from Decin to Germany. The center of the city remains impassable and two bridges remained operational. Hrensko also faces critical situation, there the River Elbe culminated at the height of 10,7 meters, a while after it culminated at Usti nad Labem.

The flooding of 2013 caused eight people dead and four missing. 23 thousand firemen were on alert in the days of emergency; they helped with evacuation to 19 thousand people in total. 700 Czech villages and towns faced flooding. The government as well as the European Union promised their help.

Massive floods hit the Czech Republic and except the Region of Pardubice and Moravia, it affected...

A view from Melnik Castle above well-known grape vineyard. At the beginning of June it changed to...