en.infoglobe.cz » Do You Know That? Kurdistan

Do You Know That? Kurdistan

Published: 24.6.2012
Probably everyone heard about this country, where is but few who really knows where lies the territory of which so vividly portraying Karl May in his story Kara ben Nemsi - Wild Kurdistan.

Whoever is not interested in the geography or the Middle East politics, suspects some very marginally, where the territory of one of the largest world's ethnic groups, living without their own official state. Indeed, Kurdistan is an area now e 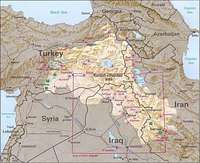 xtending its area into several independent states such as Iraq, Iran, Syria, and especially the eastern part of Turkey. Kurdistan as a term has existed since the 12th century, when it was introduced dynasty. Kurds an independent state but never had, yet they are extremely rich culture and many traditions flowing. Is mainly famous pride of the mountain people. Kurds are Iranian soil tribe who gradually settled in remote mountainous areas of eastern Turkey, northern Iran and Iraq. The strongest representation is then just the Kurds in Turkey, however, where even today one of the most oppressed minorities, even though nearly 14 million of them only in Turkey. Kurdish culture bears the burden of strict legislation, laws, restrictions and regulations. The original langu 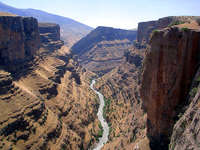 age is officially forbidden in normal public activities, as well as other elements of music and other rich culture. These "worse Turks" are among the poorest, but despite this fact are the tourists who visited the east of the country, extremely hospitable and welcoming.

Mountain area on the border of Turkey and Armenia will always fascinate adventurous romantic souls who might just wandered over the pages May stories valleys and mountain passes in the shadow of biblical Mount Ararat large (5137 m a.s.l.), where according to legend, Noah's Ark docked during the Great Flood. Field surveys, aerial photography and other search actually discovered something that could be in ancient time proverbial ark sometimes inappropriate. A conspicuous layout of the vessel is clearly visible from space. The existence of the Ark, respectively their remains was confirmed by government resolution in 1987, when on the slopes of Ararat has been spilled protected reserve.

Kurdistan, as the geographical location suggests, is made up of

mostly desert and semi-desert wasteland, mountains zone, which in winter hide under 4-foot layer of snow, then spring moisture can dry land and a small green oasis in the valleys. The absence of industrial production or other extensive local infrastructure makes too many chances for a better living, and so is the traditional herding breeds of sheep undemanding de facto the only permanent source of living for indigenous peoples. This is however in the near future, because she just expanse of unused area gives ample space to invest primarily in energy, oil industry and other industries that might bring better times ... 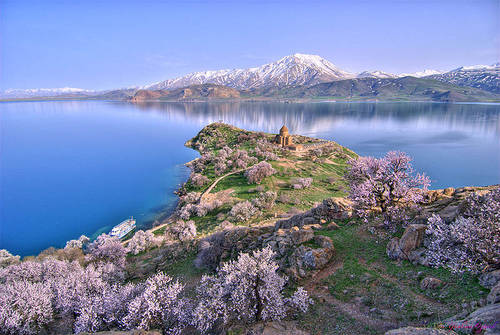 Kurdistan is quite easy to visit through some of the "adventure" travel agencies, which are represented in the Czech Republic. Perhaps the biggest attractions are the areas of eastern and southern Turkey and especially the visit to a mountain lake Van, Turkey's largest lake with an area of ​​120x80 miles. The Armenian plateau is not a remarkable place with a number of dilapidated villages, churches, overlooked by long extinct volcanoes, which occasionally put themselves through to know more or less intense earthquakes. You won´t bored there!