en.infoglobe.cz » Do You Know That?  The Conquest Of The North Pole I.

Do You Know That? The Conquest Of The North Pole I. 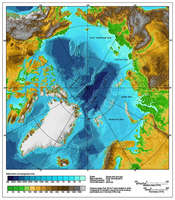 Hundred years ago at the 90th degrees north you would look for a human foot, it was very difficult. The very first expedition ship Polaris in order to conquer the North Pole started under the leadership of Charles Francis Hall as early as 1871. This experienced sailor and adventurer was poisoned with arsenic during the voyage, and the entire crew remained with his ship and subsequently trapped in the icy wastes of the north coast of Greenland. Hunger, cold and stiff despair quickly decimated team with each passing day polar prison. The group of survivors is then released to a giant cruise uncontrollable ice floe, which, with its unconventional crew traveled 2900 km incredible that after more than half a year to hit the fishing boat assistance from New Foundland islands. Followed by more and more missions, but few have reached further than the 89th degree of north wide.

The first, who reached the Pole, was the crew up of airship Norge (Amundsen, Ellsworth, Nobile). Previous expedition led by Frederick Cook and Richard Byrd from the years 1908 to 1926 als

o ended in failure, although the latter reached the Pole by plane reportedly just a few days before the Norge, but even that failed to adequately defend its primacy. For the official winner of the polar race still regarded as Robert E. Peary expedition. The American expedition on 6th April 1909 was given at a distance of only 9 km from the Pole. This distance then just beat the light sleigh and four Eskimos and black servant. According to the measurements they got up to 89° 57'north, to hoist the American flag, leaving a metal box with the message. Peary became the first ever by a man who stood at the North Pole, even though the act was challenged several times in history. Focus exact position of the pole was not easy, since his position is constantly changing - it is a giant floating floe around the middle of the Arctic Ocean, and not on the mainland as the South Pole.

Even so, Peary is considered as the very first man who conquered the turntable during the expedition. Czechoslovaks in the first pole was known adventurer and globetrotter Professor František Běhounek. He participated in 1928 Nobile Expedition airship Italia, which has made the pole and swept him, but soon afterwards wrecked on the way. The surviving crew then spent several days also in the pack ice that was later rescued by the Soviet icebreaker Krasin. About all we can read in the story thrilling book Marooned polar sea, was written by an academic Běhounek (filmed in 1998, CrO 3). The first officially Czech is Miroslav Jakes, who stood on his foot pole in 1993 during an expedition Malachov - Weber North Pole Light.

The history of missions is - in terms of polar expeditions names of ships and aircraft starting with the first attempt from 1553 really long. Icy hell required a lot of lives, human and animal ones.

Today, the polar tourism is one of the most popular of experience for rich people around the world. Given the location of that sacred place is constantly changing, it is clear that the best approach is from the ship. And when you say the ship and ice, raised many single name - icebreaker Yamal. The Russian nuclear giant shark with its typical jaws decorates the bow wake of the Northern Arctic since 1992. The original determination of the ship, thus piercing merchant shipping routes, took her very quickly and so practically since the beginning of its existence, Jamal is designed exclusively for commercial purposes and tourism. Double hull with a total width of 8 cm protects your precious cargo from 100 to 150 passengers, which are ready for practical cosy cabins, dining room, library, swimming pool, volleyball court, saunas and other rooms for relaxation, entertainment and seminars.

A ship with a displacement of 23,500 tons and a length of 150 m two nuclear power reactors of 170 MW power, the cooling is directly dependent on the icy water of the North Sea and it is not possible to be used as well as trips to the South Pole, where he would have overcome the tropical region. Jamal, however, is far from being the sole represe

ntative of its class. Russian Navy owns several icebreakers and not otherwise was the case in history, but only for commercial purposes is only just being Jamal. Icebreakers both set off from the Russian port of Murmansk, and from the Spitzbergen ice. Completely new ship of the Russian Arctic icebreaker fleet is 50 years Pobedy, which means 50 years of victory. The ship was completed in 2007 and since then has been awarded several records, for example, achieving the fastest North Pole from Murmansk to which she finished in less than 4 days ... nonstop Ranged Arctic voyage is, in the words of participants, literally an experience of a lifetime. The ever-changing scenery of ice fields alternate with close encounters with polar bears, foxes and other representatives of the Arctic fauna. The main show then occurs after the 90th degree. The solid is removed by sliding ice bridge, going to a barbecue party, Hardy can in a special neoprene sample something from the ice water, the Arctic plays golf, photographing and filming ...

Romance of the first expeditions doesn´t exist anymore, unfortunately. Today's adventurers spend lots of time in heated cabins or a glass of vodka in the ship's bar, the sauna or the common room, all for a fee amounting to nearly half a million dollars! And what a holiday is day after day? It will discuss in another article as early as next Sunday!