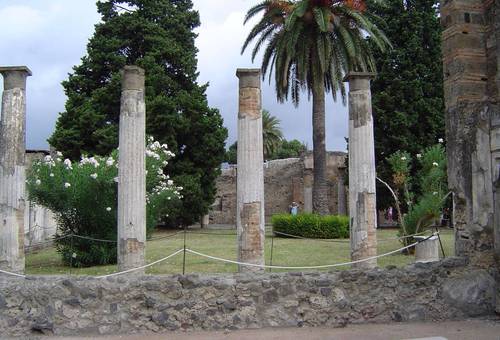 Nearly 1800 years, antique towns of Pompei and Herculaneum, were buried under stratta of lava, untought with historical changes. It was a consequence of a fact that on 24th August 79 A.D., the eruption of volcano caused a disaster for both Italian towns. Within couple of hours, all alive in Pompei was suffocated with ash and stone showers, and Herculaneum inundated with streams of mud and lava. Although the destiny of both neighbouring towns at slope of Vesuvius Mountain, as well as its location was known from description of Roman historians, the excavations started even in 18th century. Till now, only three fifths of total surface of buried Pompei open (65 ha).

However, there are problems in Herculaneum, regarding excavations. These are, first of all, hardly surmountable stratta of stiff lava and new buildings which were constructed over buried town. The face of antique town in Pompei as well as in herculaneum was formed in the course of centuries. Early influence of  Etruscs, Sammits and Greeks in this part of the Apennines peninsula were substituted - in a period since 7th centuty B.C. till 2nd century A.D. - with appointment of roman hegemony, with spreaded all round Italian territory. From that time period,  come not only separate buildings, but also total arrangement of Pompei, reminding a form of grate with rectangular sides of buildings, and mostly straight streets, paved with stones. Public buildings as well as various equipments (establishments) support an impression of exemplary  Roman town planning. 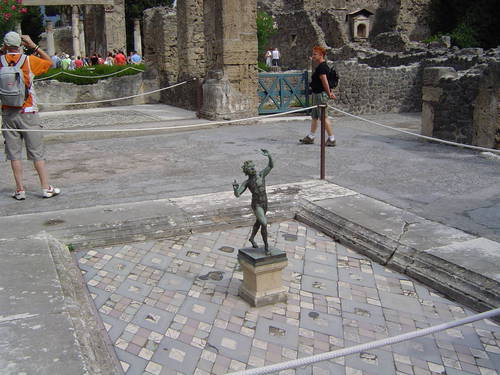 Many findings from Pompei enable to watch all sections of life of Roman town un 1st century A.D. The ruins - they are remarkable preserved buildings and constructions - contained a lot of subjects of daily necessities and a part of internal arrangements. So, handicraft implements and various household tools give us a picture about way of life, working habits and trade effected in shops, workshops and private houses, which sufficiency prevailed in middle-class houses an suburban villas, but also you can follow, in which poverty lived the other people. Many wall pictures and mosaics inside buildings inform about habits of Pompei citizens and offer rare information about time - period architecture.

Herculaneum and Pompei offer also shocking documents regarding destruction moments of both blooming towns and its inhabitants. Approx. 20000 persons died under stratta (layers) of glowing ash and stone or there was poisoned with Vesuvius toxical evaporations. Many persons looked for their hiding-place in caves and store-rooms, (in chaos and panic), and suffocated there. Some of them took in a hurry their most valuable property, however, the death caught them in flight. A moment of their mortal struggle remained kept in good order in many cases: stratta of ash, which buried them, grew stiff and created negative proofs of bodies, and the archaeologists made plaster-casts later. So, with cruel irony of destiny, the tragedy of both towns enabled add and gain new information about way of life at that time. 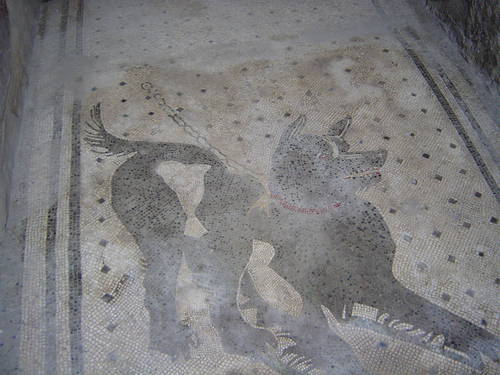 Do You Know That? European Volcanoes I.

Published: 18.9.2011
Volcanoes - unpredictable threat and also natural work of art. A fascinating spectacle and fear-inspiring mountain, which can ever sweep virtually the entire population in the whole region, as it already happened many times in history.