en.infoglobe.cz » SK, Trnava: Known and Unknown Through the Eyes of Matej Bel

In the last decade, several translations of the famous and monumental work of Historical and Geographical Knowledge of the "the then" Hungary from the Slovak Polyhistorian and Matej Bel, were published. Today we want to introduce you a book novel about the city of Trnava. 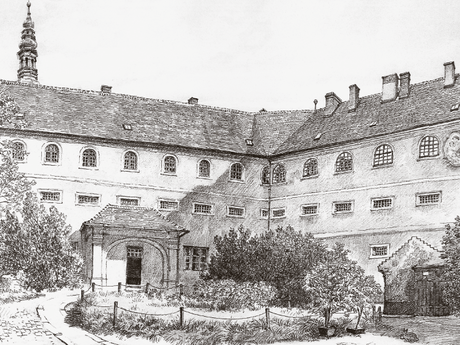 While the previous publications on individual Hungarian chapels bring historical and geographical descriptions of particular regions of Slovakia in the 18th century and are intended primarily for the professional public, the book Trnava (Known and Unknown) is different in its content and how it was produced. It tries to get closer to reality and life in the city, as captured by Matej Bel and his collaborators. It offers a unique testimony to the history of the free royal city and provides its current picture of the thirties of the eighteenth century.

It has been more than two hundred and eighty years since the Baroque scholar and polyhistorian Matej Bel published his monumental work on Trnava in Latin. The reader will learn a lot of information about Trnava history and the topography, and the book will also present some interesting features of the life of the Trnavaans. On the basis of unique descriptions, he creates an idea of how the streets and squares looked like in the past, how the students lived or what the locals were doing. We will also find many interesting things about the topography of the city, the activities of the city council, the courts or the powers of individual officials.

Matej Bel pays also special attention to the famous Trnavaian Jan Sambuc, the University of Trnava and its buildings, the local market or the characteristics of the population. In Bel's description, Trnava appears as a thriving and safe city, combining the benefits of rural life with elements of urban life. It is clear from the author's words that the city and its inhabitants are recognized and despised. Matej Bel was undoubtedly an admirer of Trnava, although the city did not seem too accommodating in the design and writing of this work.

Although Bel's description is one of the basic book sources for the history of Trnava, it has not yet been published in the Slovak translation. The translation of the Latin text was made by professor Erika Juríková PhD, at the Department of Classical Languages at the Faculty of Arts, Trnava University. The text is complemented by rich visual material, which is made up of many historical views or paintings. Funded translation, illustrations, and overall graphic design will make anyone interested in historical geography of Slovakia and 18th century realities happy.

You can find a book from the Dajama Family Publishing House in every good bookstore (e-shop) or you can win it! Just by writing to us on 7 January 2019 at least one Trnava monument at 4gsyQOQa9~Bq2~6_Tlx. Winners will be published on our social networks.

SK, Galanta: A Center of the Danube Region - VIDEO

Published: 6.11.2022
In the southwestern part of Slovakia, approximately 50 km from Bratislava, lies the town of Galanta. Although it is a small town in terms of its area, it offers visitors a lot of interesting things in terms of monuments and history.

SK, Galanta - A Center of the Danube Region

In the southwestern part of Slovakia, approximately 50 km from Bratislava, lies the town of Galan...