Doesn’t make you a sense of connection trolley and rail? So let's look at it.

Beginning of the railway network in what is now Slovakia, former Hungary, start to be written in 1867, when the Hungarian Parliament asked the Minister Imre Miko to develop a proposal for the construction of Hungarian railway network. The project involved 25 railway lines, of which more than 5 went through Slovakia. It is interesting that after approval of the project in 1868, Poprad almost got out of the railway network. Fortunately, in the events entered Poprad´s business structure. Peculiar merit belongs to Poprad Mayor David Husz and Evangelical priest Karl Wünschendorfer. Their strongest argument for the build the railway junction right in Poprad were Tatry and their connection to the then single settlement of Smokovec, but also north to Kežmarok and father to Poland. This argument was strong enough that in December of 1871 inaugurated the first railway station in Poprad, named Felka and welcomed it as a long-awaited steam locomotive. Due to the railroad from the peasant - handicraft town suddenly became a city competing for long time the most developed eastern city - Kežmarok. 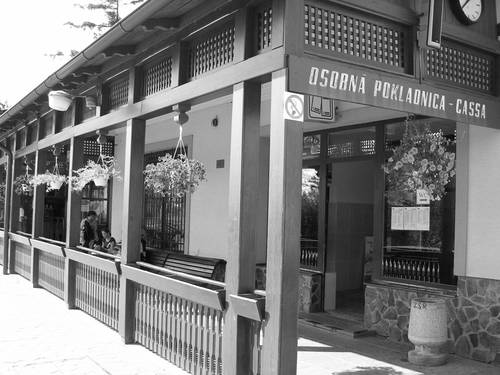 Later came need of mobile interconnection Poprad with the Tatras how this connection only provide fiakristé (coaches) who, fearing for their jobs boycotted any rail links. Dozens of applications for construction were served since 1885. It succeeded to 2 August 1904, when the company Stoll from Dresden to the approval request assembled trolley, which served as the first interurban trolley line in the world. With two masters entrepreneurs (Vincent Matejka and Viliam Krieger), who had more courage than the business of money, the project "Electric Railway" could possibly make. Krieger had rented a hydropower plant, which produced more electricity than it could sell, and the problem with power supply has been resolved. Connect Trolleybus was bold and innovative solutions. In 1903 rethink everything. In early 1904, submit a project on a public committee for approval under the name of the new company (Tatry electric wagon transport) and in two months it has been approved permits for construction. Three months later trolley bus worked. 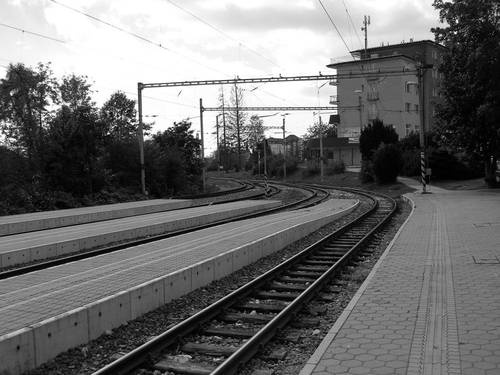 The vehicle had a wooden structure with a total length of 7.2 meters and upholstered seats for 14 passengers. Track up over 13 kilometres long, beating for 75 minutes. The vehicle served three members crew and driver, guide and using the power cord. Later in the "fleet" was added and costly trolley. Passengers experienced adrenaline ride, especially when striking trolley with horses. But technical problems and high costs were about to cause shutdown. An interesting fact is that this vehicle did not have a good name, till in the magazine's Karpathean Post appeared the name: electric track without rails, but do not confuse it with the omnibus, which was replaced the service of this technical unique. 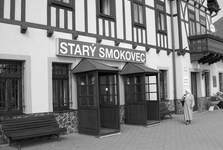 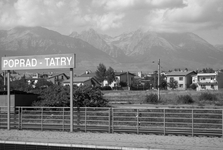 Of course, as is reportedly on the Slovak habit, from this technical world unique left almost nothing. A few old photographs and components. Today this monument reminds forgotten board at the railway station in Poprad and one book, issued by enthusiasts.

What was the omnibus, and how today's Tatra Railway was start to build, will discuss in the next part in a week.