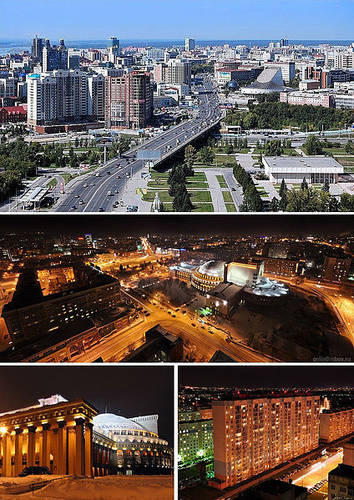 The town of Krasnoyarsk (placed in half distance) belongs to another important metropolis on the route. Nowosibirsk (with its 1,4 millions of inhabitants) is the biggest town of Siberia, and is, after Moscow and St. Petersbourgh, the third biggest town of Russia at all. This metropolis which is placed along Ob-river, was founded relatively late, in 1893, as one from stops of Trans-Siberian Line, mentioned above. Anyway, as a considerated town, it was accepted since 1903 (its name was Nowonikolayewsk - in honour of Tzar Nicholas II). The town became a centre of important struggles among ascending Bolshewiks and so called White Army, formed with Czechoslovak Legionaries at the same time. However, Red Army managed to beat their adversaries. So, ofter destructive Leninism and lated even hard Stalin´s dictature could develop there. In 1925, the town was re-named to Nowosibirsk, when the town became, first of all, as an industrial centre, including several factories and mills. Nevertheless, this fact was not of big importance, within scope of future Empire, when the inhabitants´number (exceeding lightly 100 thousands of persons). Anyway, with Bolshewiks´ entry to the power, Nowosibirsk became more important crossroad of industry and business of West Siberia. Apart of this, great Soviet starvation added also with great measure to the growth of inhabitants, who moved there from poor surrounding areas. So, the slums and ghettos were founded there, ideal places for creation of typhoid or cholera epidemies.

The inhabitants´ decrease was comparable with increase at that time… 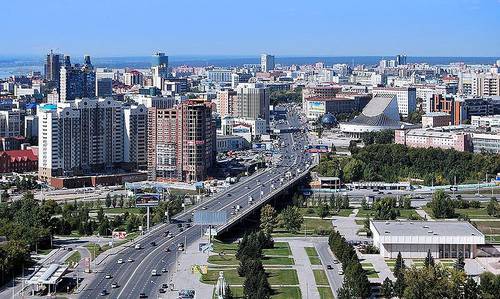 So, gigantic hydro-elecrtic power station (no castle or a church) became one of most characteristic dominants of the town. This construction required for its operation Ob-river boarding, so that so called Ob-Sea was created.

Penurious way of life of immigrants, together with the industrialization, brought Nowosibirsk a nickname „Siberian Chicago“. In 1962, it was the youngest town, exceeding the border of one million of inhabitants. It was only 70 years since a moment when the first wooden cottage was constructed on local swampy soil.

On the other hand, the metalurgical industry and machinery was equalled with high level of education and culture, represented in today´s modern town with 20 cinemas, several theatres, opera-house, ballet, and, first of all, with 24 Universities, including a branch of Russian Academy of Science. This institution has its seat there, since 1950, together with another 14 research institutions in the outskirts of metropolis, in an independent area, known as Akademgorodok, the Town of Academy. Nowosibirsk also became one from first towns, where compulsary essential education was ordered.

An underground (tube) forms main traffic line in Nowosibirsk It is in operation since 1985. Two 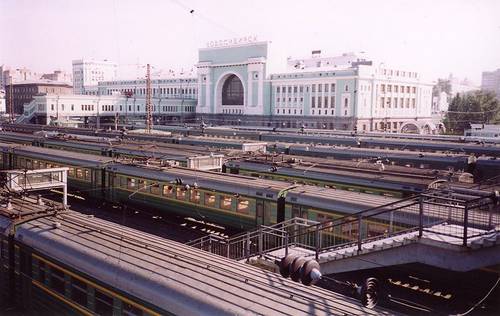 airports connect the town with the world, including big railway station. The trains are directed to Moscow (2800 kilometres) and to Wladiwostok (3700 kilometres). From Prague, the distance makes 4500 kilometres, and the trip takes there - via Brest and Wolgograd - unbelievable 120 hours!

The climate of such area is really very diverse. It is documented with temperature oscillations in the course of the year. So, in summer, there is no exception the temperatures exceeding 30 °C. On the other hand, in winter, the temperatures decrease to -35 °C! No wonder, we are situated in the centre of Siberia.

At present, the town of Nowosibirsk is characterized as one of best centres for eventuel enterprising activities. Local standard of living is on very good level, as far as the Russian standard is concerned. However, the tourists do not have the chance to look for some attractive places of interest, provided they would not be interested in newly reconstructed or built Orthodox churches. Frankly speaking, Nowosibirsk is, regarding sightseeings, relatively young town, not offering much beauty places for the time being. Anyway, apart of this, at least this is worth to be mentioned! Let´s believe that our next stop in Irkutsk will be more interesting!