Directly below us, the church of St. Michael. Then we come to the tank with an impressive 12 columns. I remember a tanker in Istanbul with three hundred columns. This is much smaller, but it has also served its purpose. 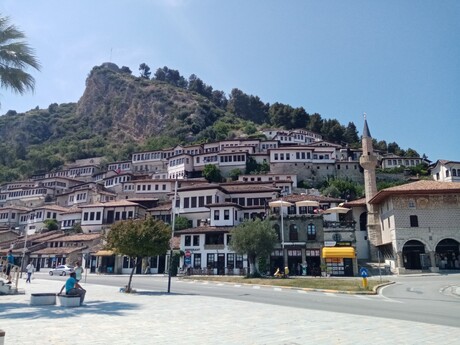 Both mountains, Skodre and Tomori, turn off on both sides. There is a legend about them that they were two brothers. They were well and very rich, but they still fought a war because of one princess they both fell in love with.

We come to a beautiful viewpoint, from where you can see the Christian Quarter, the Muslim Quarter and the Roman Bridge. Also the main square with the Orthodox Church opposite is the Lead Mosque. Another proof of Turkish religious tolerance. Nevertheless, Enver Hoxha declared Albany the first atheist country in the world. 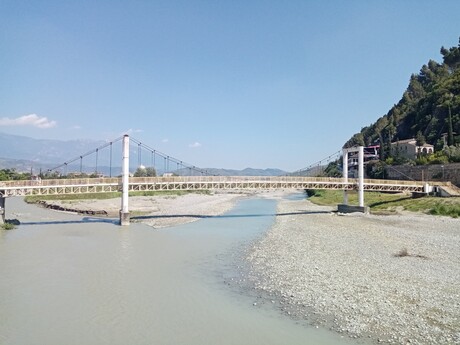 Below us you can see the royal mosque and the shrine of the Beckas. We'll go in there later. And among the Muslim houses rises the minaret of the mosque of free men. Berat really deserves to be praised and admired. We will have lunch and after a historical tour we will set off for the canyon of the Osumi River for a change. It is only 50 km, but the journey takes two hours. She is very winding but beautiful. We are constantly looking for new panoramas and we are not enough to get enough of them. The canyon has terribly cold water, but we just have to take a bath. So I bask in the sun on a large rock and recall the history of the Albanians. 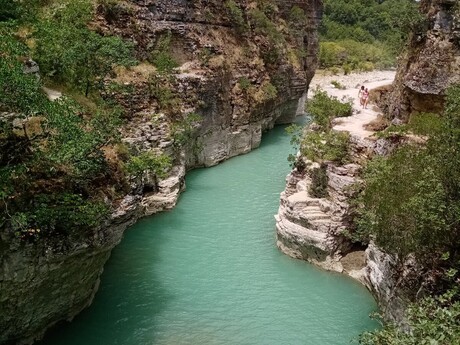 We have the first written records from the year 1000 BC. about the inhabitants of the Illyrians, ie prehistoric Albanians. They were not a united nation, but formed separate city-states, and each fought for his clan. Therefore, the city of Durrës had huge walls 12 m high and after the gallery of the walls could pass a horse-drawn quadruped. They were very rich and good sailors. They also engaged in piracy, and Durres began to be called the Inn on the Adriatic. At that time, they also used their silver mines and minted their own coins depicting their galleys. Today, the same is depicted in 20 lessons. Many nations sought the territory because there was plenty of water, fertile land, and a strategic position on the Adriatic coast and at the crossroads of trade routes. The Illyrian queen Teuta is admired by the Albanians, but the Romans called her the queen of pirates. Today it is displayed on 100 lekas. 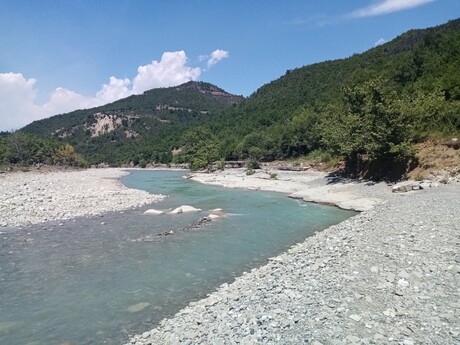 A little later, the famous Alexander the Great passed through here and the first city he conquered was Berat! At that time, he dedicated it to his general Antipatre, so in ancient times, the city was called Antipatre. When Alexander died, he had no heir, so Albania fell to Rome. The Romans were very pleased to gain strategic territory on the Adriatic and build the Via Egnatia across Albania. They also built Roman theaters, bridges over rivers and aqueducts. A few centuries later, the entire territory fell to the Byzantine Empire. 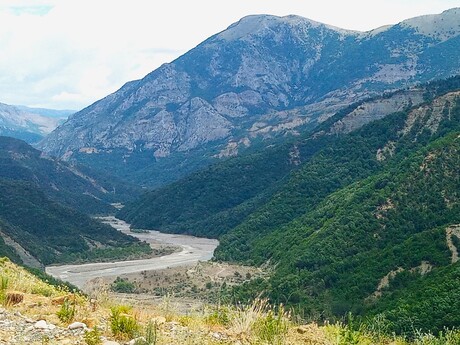 After unsuccessful crusades, the Turks constantly infiltrated the area. First to Kruj, but as I mentioned, the famous Albanian hero Scandenbeu kept them for 30 years. In the end, however, they conquered Berat first. This name in Turkish means order. And the sultan had a white and red mosque built here.

This was followed by 500 years of Turkish occupation. Many Christian families have converted to Islam so that they do not have to take their ten-year-old children to the Turks. And also not to have to pay taxes. It was not until the Turks were called the Sick Man of Europe in 1912 that Albania finally relinquished Turkish rule and the Republic of Albania was founded.