We drove through the river canyon to Lake Boville with a beautiful turquoise color. The charming Beši mountain adds luster to the scenery, even though the mountain is only 1200 m above sea level. Lake Boville is in fact a 5 km2 dam 35 m deep. The construction of the dam began in 1968 and was not completed until 1998. Behind us is the second Gambit mountain, 1300 m high, where you can go up to the platform. I would definitely not recommend tourists suffering from dizziness to try to climb up… 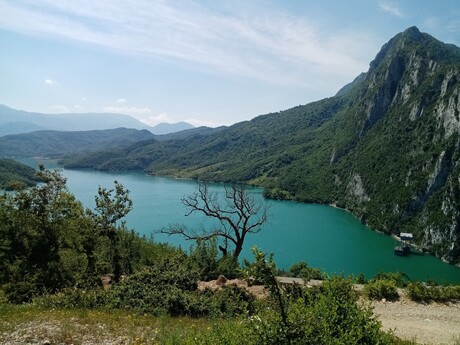 Then we continue with more and more picturesque valleys, the path carved, bumpy and full of potholes all the way to the asphalt road. But we haven't been happy for a long time, it's an Albanian asphalt with high "stairs" and cracks. Occasionally he took a stone from the surrounding mountains with road barriers. 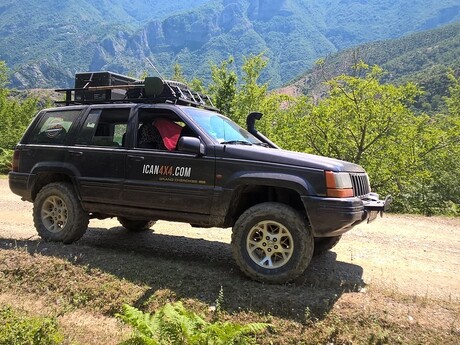 The last valley was militarily closed under dictator Enver Hoxha, who felt that a class enemy was lurking on every corner. And he was right! Lurking! That is why Hoxha had 650,000 bunkers built throughout Albania. As a result, Albania is the country with the largest number of bunkers per capita…. In addition, he built a giant underground bunker city under Tirana, which could accommodate 200,000 people. They had dance halls, cinemas, restaurants and supplies. They were ready for anything. 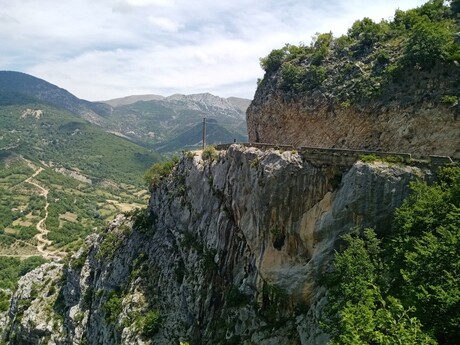 Finally, we arrive in the village of Kruja, the birthplace of the famous Albanian hero Scandenberg. He came from the local ruling Kastrati clan, after which the gas stations are named. As its logo, the ancestral royal crown with a ram's skull with horns is displayed on the stands. Skandenberg opposed the Turks for 30 years. His father submitted to the Turks when they conquered Kruja in 1410 and they let him rule here. He only had to acknowledge Turkish domination and pay taxes. As proof of his loyalty, he had his 10-year-old son, Jiří Kastrati, taken to the Ottoman Empire. There he underwent re-education for Muslims and built a famous military career. He made it to the general and taught the sultan's son Mehmed Fatih, who finally conquered Constantinople and renamed it Istanbul. However, Scandenberg never forgot his father and his origins. 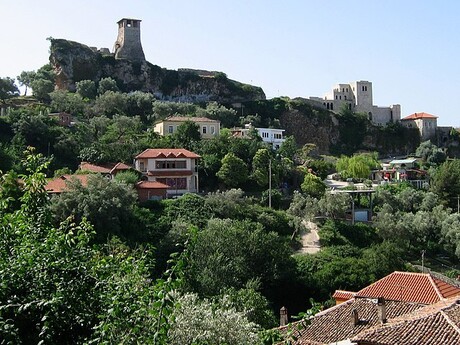 He therefore took the opportunity when the Ottomans lost to the Serbs in the battle of Nis in 1443 and ran down with his fellow soldiers. They got to his native Kruja and tricked back his native castle. He could speak Turkish very well, so he convinced the crew that the sultan was sending him and that they should hand over the castle to him. As a professional Turkish soldier, he knew Ottoman strategy and was aware of their numerical superiority. Therefore, the Turks never stood in the open field, but took advantage of the mountainous surroundings and waged war from the reserve. He threw stones and arrows at the Turks. He united the quarreling clans under oath, so he could resist for 30 years. So don't forget to take Scandeberg brandy as a souvenir. 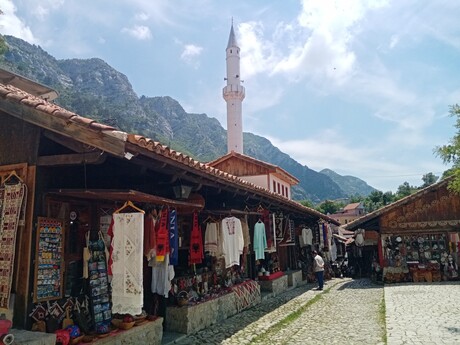 I like to talk to local people that I find among the regulars of the local cafe. From a local expert, I learn what it's like with blood revenge over a delicious Albanian coffee. He tells me that there were individual clans everywhere in the surrounding mountains, so Albania was never a united nation. Each clan took care of itself. There was traditional law among the clans, which was later recorded in a book called Kanun. It was assumed that all people are equal and have the same rights. But it also means that if someone kills someone, their death must be avenged again by death. But when the killer is killed, his death must be avenged by his family again. And so hell breaks loose.

The only way to stop this is to call a conciliation. Two crayfish stand on the table and representatives of both families drip a drop of their blood into each glass and drink it on ex. As a result, they become blood brothers and blood feuds are lifted. The cross of reconciliation is erected and everything is written in the book of reconciliation. 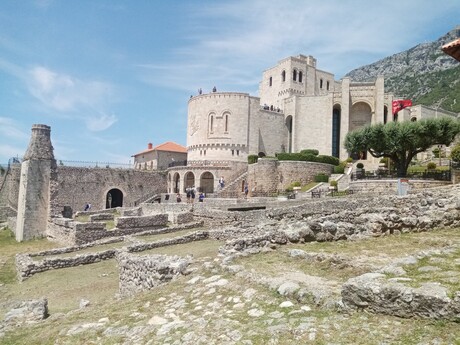 Sometimes a girl was engaged to a man who was extremely uncomfortable with her. She felt insurmountable resistance to him. However, if she broke her engagement, she would also be under vengeance. The only option for her was to go to the priest who declared her a man, and everyone took her as a man, and blood feuds were lifted.

Young people must also find out within 14 generations if they were ever related. Otherwise, blood feuds would also apply to them. If a car accident happens, blood feuds must be observed even then. There used to be dwellings in mountain villages called kale, which served as a refuge and prison for murderers. They had immunity here. To date, the blood feuds concern around 800 families… .