At the northern end of the Albanian Riviera there is the aforementioned park. However, it goes as far as to the sea. Mountains in the park rise up to two thousand meters of altitude. Majority of park's territory is covered by pine tree forest. Almost constant strong wind makes trees grow to peculiar shapes. 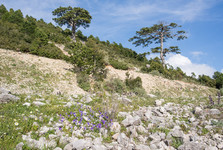 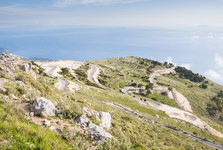 If traveling to the park from the south, you first ride up endless serpentines to Llogara pass which offers unforgetable vistas over the sea, beaches, and the surrounding landscape. Also, you would pass popular paragliding spot. 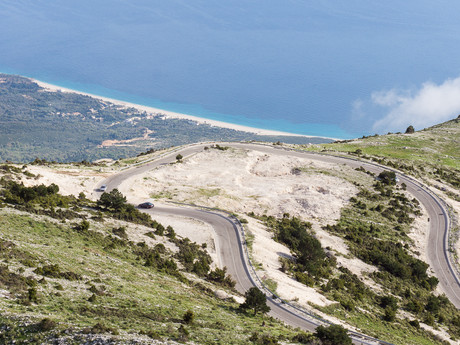 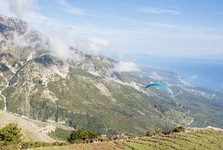 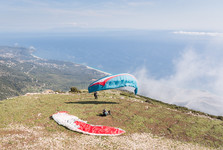 Up in the pass, there are several cafes and restaurants. Further to the north stand some hotels and wooden cabins. This place is a great place to start a trek either to the national park or to Çika mountain which is in opposite direction. The mountain rises almost from the sea up to 2 044 meters. You may enjoy amazing vistas looking down below as the mountain is covered almost solely by rocks and low pines. 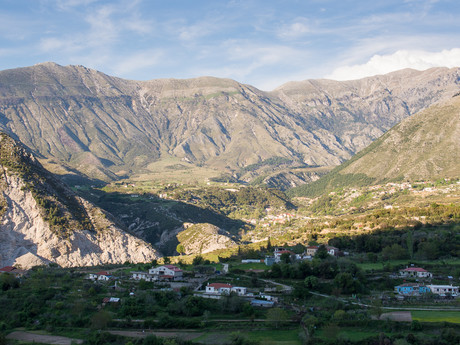 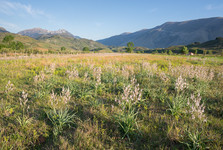 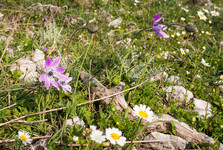 Should you visit southern Albania, make at least one day (better two) to visit Llogara National Park. To watch sunset above the sea, and staying overnight at a cabin in the gorge is amazing experience. Don't forget, however, that you travel to mountains. The weather changes. In summer or spring, it may even happen that you would walk shortsleeved on the beach while it snows up in the mountains. 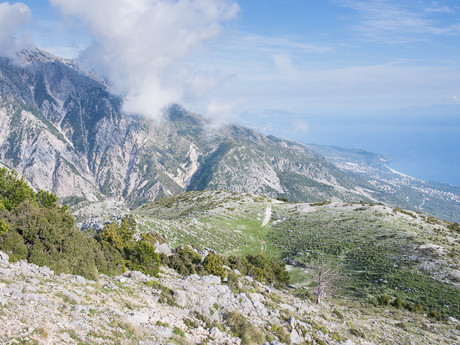