The ride to Përmet is a story of its own. Be ready for some harsh road and amazing natural scenery around you. I recommend you to make a stop in the town of Tepelenë s which features amazing vista over crystal blue river of many branches and sand islands. In its water reflect the mountains around. 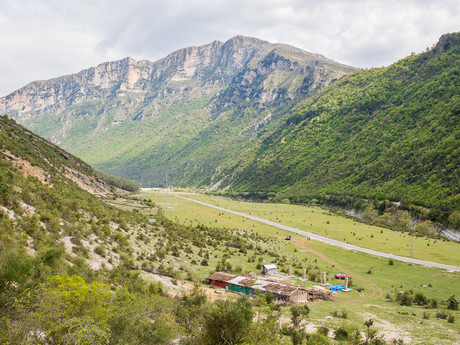 There is not much to see in Përmet town. Yet you may set out from here into the mountains lining the river. The town is a great base to begin with your trips to the Bredhi i Hotovës national park and to the canyon only several kilometers down the south too. Let's go there and see it for ourselves. 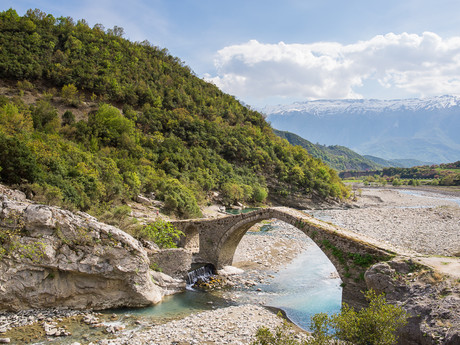 Before you enter the canyon you will see amazing two-arch Roman bridge and some thermal springs you may take a bath in. There are two small restaurants. One of them was opened at the time of my visit, the other was closed due renovation. You may even camp by the bridge. 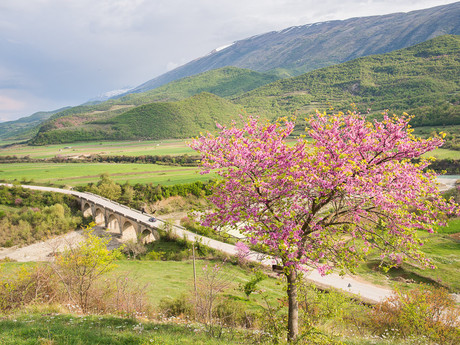 A trail of middle difficulty goes to the canyon along the river. However, beware of rains as they make it largerly inacessible. Water here is ice cold, air is freezing and the feeling that nature has all the power over you is overwhelimng. Rocks rise up to the skies on both sides of the road.. 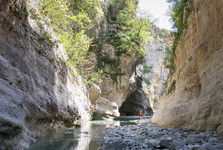 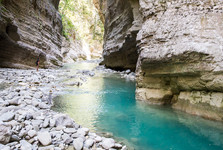 However, you may see the canyon also from the top and I highly recommend this. The vista down into the abyss is amazing and awesome. But the vista over the mountains around is not less great. If you want to discover more, the entire national park offers many options to trek or ride a bike. You may reach the village of  Benjë-Novoselë when going from the Roman bridge. And there you may ride on a bike through the villageFrashër back to Përmet. 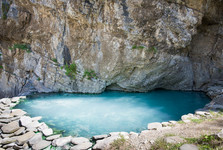 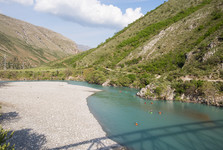 In the national park as well as around Përmet town, there is amazing wild nature, mountains, and kind people. Set aside several days to see it thoroughly. It is worth it.