en.infoglobe.cz » Albania: The Land Waiting to be Discovered – VIDEO

Before we get down to dissenction of individual places, let's us sum up some practical tips and information first.

The best way to get to Albania is by plane. Even though there are not many inbound flights, the traffic in Tirana's only international airport has been increasing. Fortunately. Alternatively, you can ride down here from the north from Greece or travel by car. 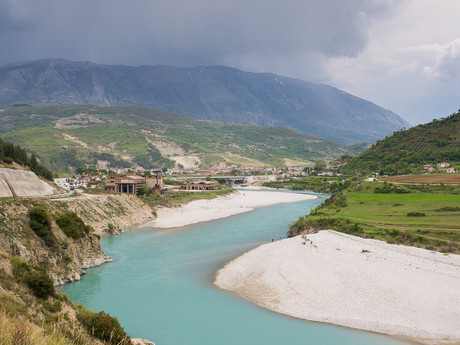 What about getting around in Albania? The best way is to rent a car. Roads leading to major spots ahve been renovated and are in good condition. On the other hand, traveling to remote places is rather difficult. We highly recommend to rent an offroad car. Just in case.

You can get around by buses or local vans. Prices are very pleasant. The most popular areas are really easy to reach. However, traveling by public transport is quite an experience. 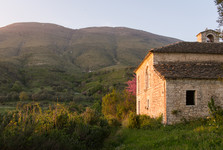 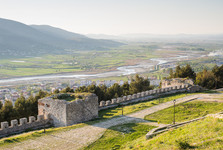 When to go to Albania? The best weather is, surprisingly, in summer. To enjoy the country without tourist crowd, it is better to travel there off season.

Prices in Albania are low. The food is usually cheap and quite of high quality. Out of the most tourist heavy areas, accommodation can cost you about 15 euro for a room per night with a breakfast for two. 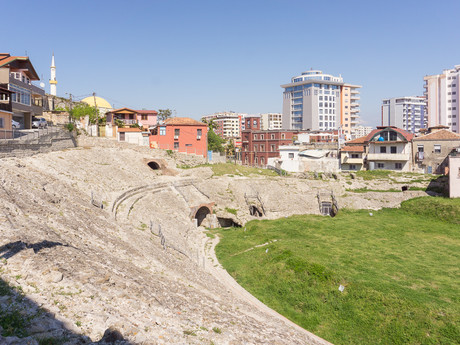 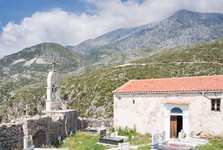 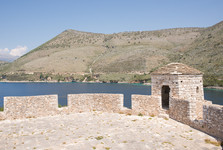 In our upcoming series, we present you the capita of Tirana, the port city of Durrës, the south riviera, the historic town of Berat, and thermal spa near Tepelene town. 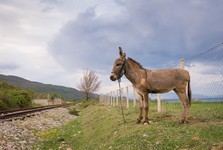 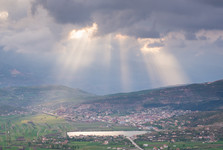 If you are fond of hinking in the mountains consider traveling to the northern part of the country where the Albanian Alps are. Unfortunately, we didn't manage to get there during our stay. The Czech volunteer project Albanian Challenge creates there a vast network of marked tourist trails which run in breathtakingly beautiful nature and villages otherwise completely separated from the world.