Almost three million people live in Albania and five hundred thousand of them live in Tirana. In five years, Tirana will commemorate its one hundred years of being the capital. Becoming the main city in the country then meant a large impulse to city’s development. In the 1920s, Tirana saw large construction projects mostly directed by architect duo Florestano Di Fausto and Armando Brasini. Perhaps you have heard that Albania had pretty close relationship with then fascist-ruled Italy. Di Fausto, the „architect of the Mediterranean“ as he was called, was Benito Mussolini’s court architect with buildings being scattered all over the region. His imprints are on Rhodos, in Tripolis or here in Tirana. 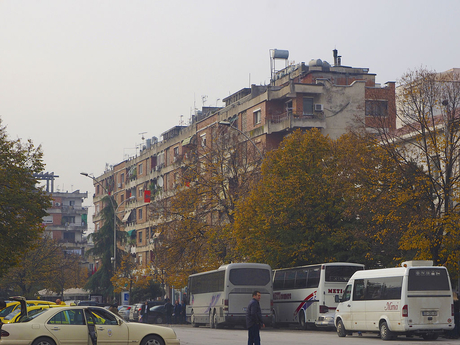 When communists took charge in Albania in the aftermath of the WWII, architectonic style changed. Many old buildings were removed to make place for new socialist architecture. One good example of such monstrosities is monumental Palace of Culture . It was built in the 1960s on Skanderbeg square (where once was a bazaar), and also a famous cathedral was removed. Inside of the palace are 240 rooms. The largest can contain up to one thousand people. Inside, there is a rotating platform of 550 square meters and height of 30 meters. Inside is also a library with more than one million items including maps, periodic press, or microfilms. 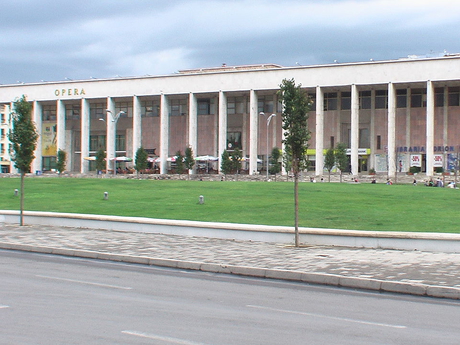 Perhaps you already have an idea about Skanderbeg square being the major square in the city. It is named after an Albanian hero Skanderbeg, a 15th century nobleman who became famous for his tactical abilities and stopping expansion of the Ottoman Empire. Skanderbeg became a hero in his lifetime and also a symbol of Christendom facing Muslim threat. On Skanderbeg square there is an eleven-meter high monument of this hero. It was ceremoniously unveiled in 1965, or 500 years after the death of Skanderbeg. 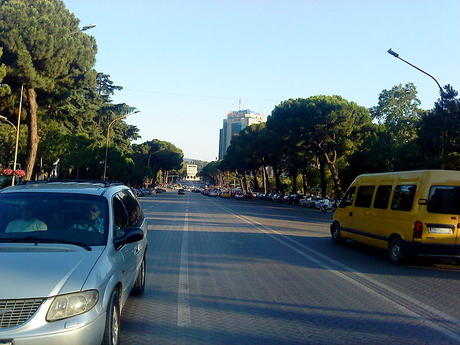 When we move to the south from the square we reach National Martyrs Boulevard (Dëshmorët e Kombit Boulevard). Built by Italian architect it was originally called Mussolini’s. On the boulevard, you can find National Art Gallery that you really should see. It exhibits works of famous Onufri, a 16th century priest who lived on today’s Albania’s territory. Onufri brought significant changes to the technique with which icons were produced. He, for instance, used the pink color for the first time or he portrayed much realistic faces. Also, you can see images from the era of socialist realism. 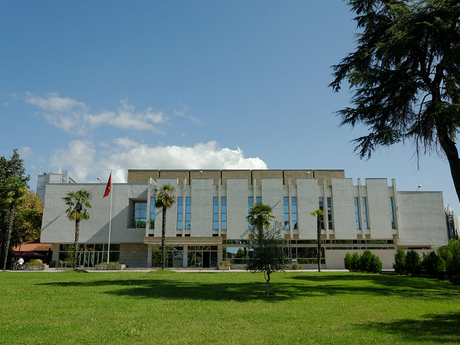 Tirana perhaps doesn’t look like a shiny city like the ones in central or eastern Europe yet it is worth a try..