The city was founded two times actually. In 1536, for the first time, Spanish colonist Pedro de Mendoze named it Ciudad del Espíritu Santo y Puerto de Santa María del Buen Ayre. For the second time, this time for reals, it was founded by Juan de Garay in the year 1580. He chose different name instead. Ciudad de Trinidad. In the second half of the 19th century, the city saw large immigrant wave which consisted of Spaniards, Poles, Italians, and Russians. They made the city a multicultural hub. Throughout the 20th century, immigrants mostly from other Latin American countries and Asia settled here. 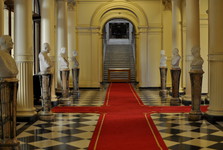 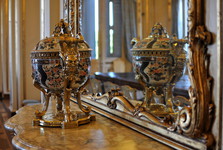 In city center, there are quite a few 19th century European-style buildings. Plaza de Mayo is the oldest public square in Buenos Aires. It was a venue of many important events. It bears the name of the May Revolution which began on May 25th 1810. Casa Rosada (Rose Manor) is free of charge to explore. However, you need to make a registration on the internet at first. This and your passport you need when you enter the palace. It replaced a Spanish fortress from 1580. Once the independence was declared, the fortress was redesigned by British architect Edward Taylor to a customs office. In 1862, the then Presiden Bartolome Mitre chose this building to be the seat of his government. His successor Domingo Faustino Sarmiento would later expand this building. Also, it is very likely that it was him who ordered to mix the colors of all opposing parties into a rose coat for this structure. Roque Sáenz Peña was the only president who lived in Casa Rosada which was between the years 1910 and 1914. Behind the presidential palace, Museo del Bicenntario would be interesting for those who wish to learn more on the history of Argentine. Opposite the palace, note the bronze statue of Manuel Belgrano as it holds Argentinian flag. This equestrian statue was finished in the year 1873. 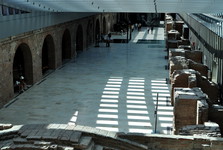 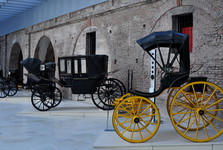 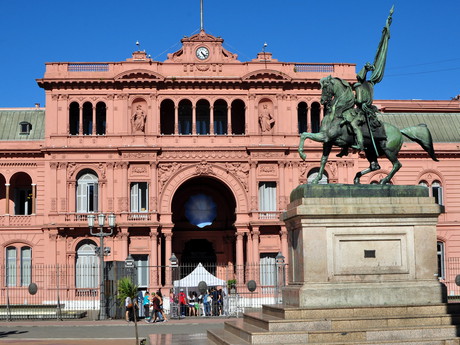 Originaly the seat of Spanish colonial rule, the 18th century town hall of Cabildo de Buenos Aires sits opposite the presidential palace. The structure was built from bricks in 1580 yet its current condition dates to the other half of the 18th century. Today, the town hall houses a national museum and the museum of the May Revolution. 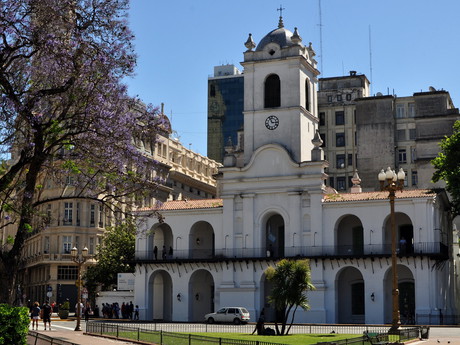 On the contemporary Catedral Metropolitana, the first chapel was built there in the year 1593 as ordered by Juan de Garay. The structure was rebuilt and extended for seven times. The structure we may see today dates back to the year 1752. Yet it was completed only in the mid-19th century. Twelve columns on cathedral's front face looks as if the church was a Greek temple instead. The number of the columns symbolizes the Twelve Apostles. 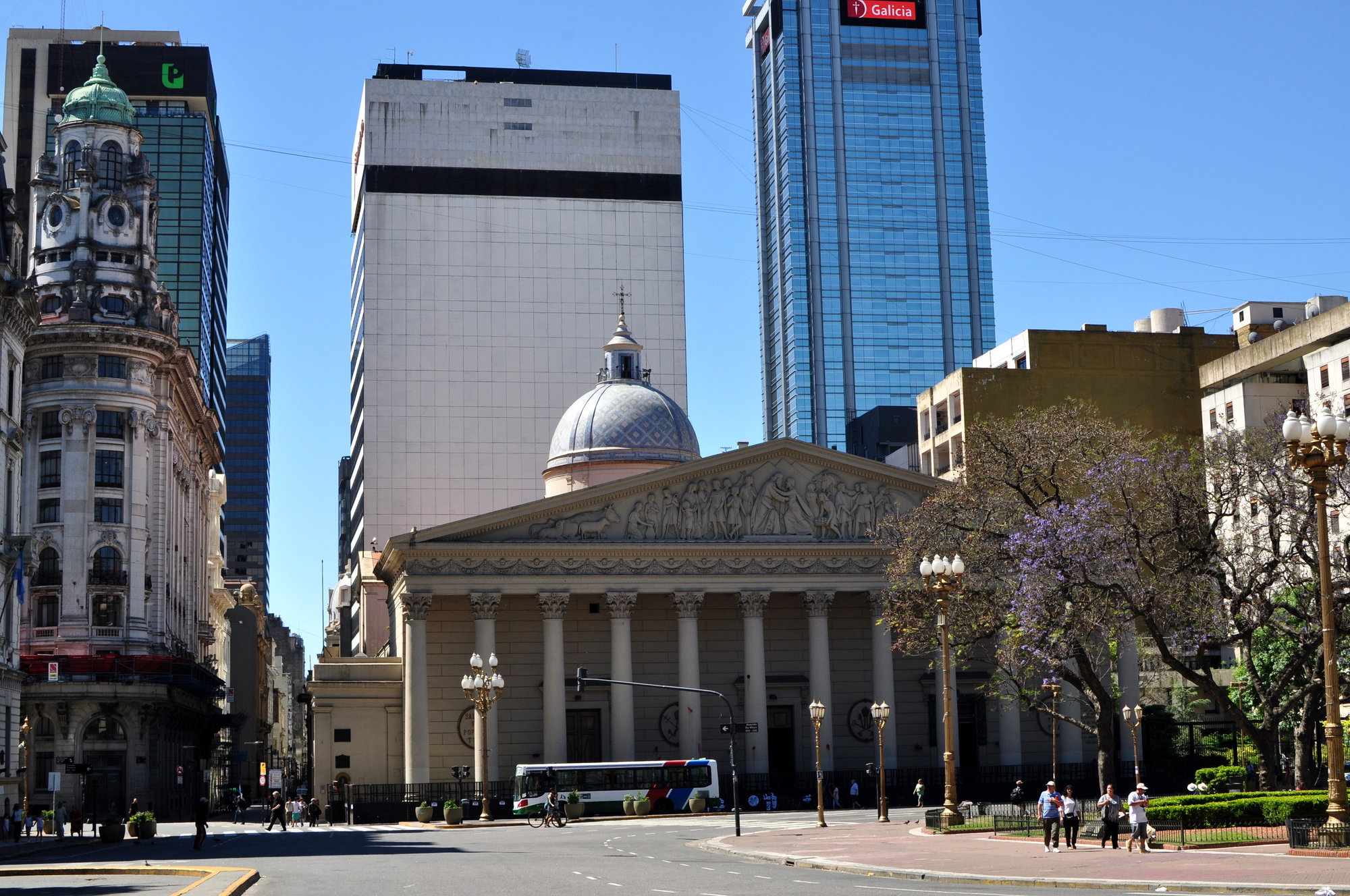 At the center of the square note Pyrámide de Mayo – a 19-meter pyramid built in the year 1811 to commemorate the first May revolution. A statue representing freedom stands on the top of the pyramid. "Mothers of Plaza de Mayo" meet here every Thursday to walk around the pyramid. This has happened since 1977. The women always wear white scarfs on their head, the symbol of the movement. They want information on their children who went missing during the dirty war. 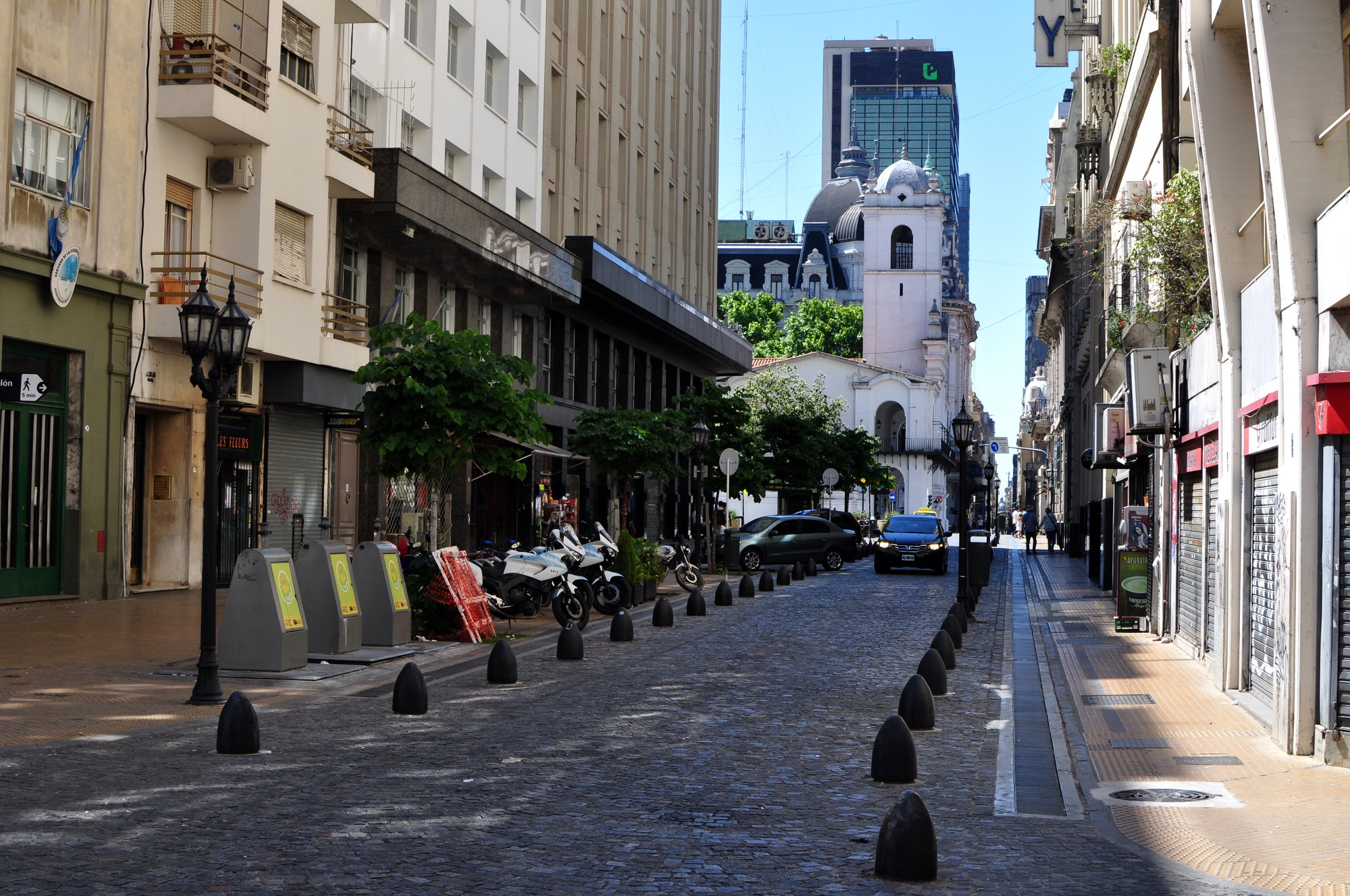 We spent about three days in Buenos Aires. Every day we walked about 15 kilometers. Next time we'll make a walk outside the historic center. We will see a mysterous cemetery, colorful street in tango vibe, and make a rest in ecological reserve.