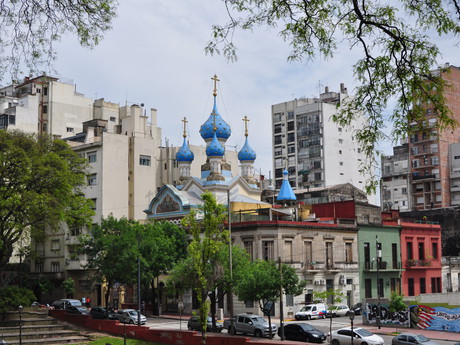 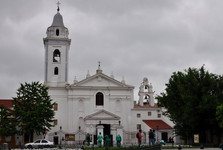 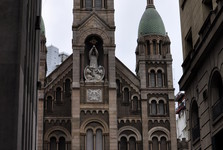 Recoleta Cemetery is beyond doubt the most beautiful cemetery we visited on our journey across South America. Founded in 1822, this public cemetery was designed by French architect Próspero Catelin. Currently there are over 6 400 statues, sarcophagi, coffins, and crypts. Over 90 tombs are sights of national significance. Many tourists come through here on every day. The most crowded places are tombs like that one of Eva Perón (Argentina's first lady). 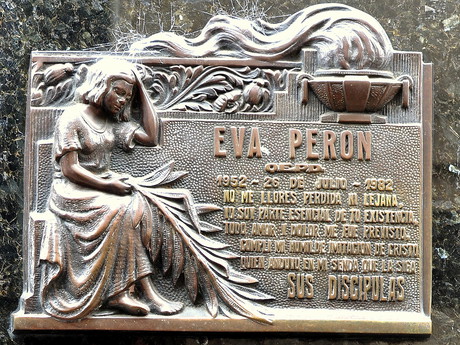 Should you, however, go on through the cemetery, you will find yourself soon alone. This labyrinth of tombs is huge and some are broken. All of a sudden, mysterious

atmosphere will fall down on this place. Every cemetery has its own story. This one too. Many tombs here are very interesting like Art Noveau tomb of Rufina Cambaceres, made of marble by her mother once she found out that Rufina was burried alive. Allegedly, local workers saw her screaming days after she was burried. Once the coffins was opened, they saw scratches in the wood and on her face.David Alleno worked 30 years as an undertaker. He saved money for his own statue and tomb. Once the architect told him he had finished, the undertaker went home and killed himself. They say you may hear his keychain tingling still as his ghost walks down the streats. The most haunting statue there, however, is the one of Liliana Crociaty who died on her honeymoon Austria in the 1970s. Her parents built a tomb in the style of a bedroom. By the entrance they raised her statue in wedding dress and her favorite pet by her side. 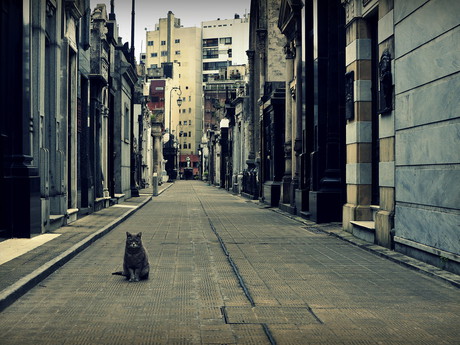 To cheer up one's mood, go to La Boca tourist district which is known for its Caminito street. Basically, it is a street museum featuring colorful houses which are typical dwellings of 19th century immigrants. The district was in decay in the 1950s. Then a group of neighbors desided to renew the street. Benito Quinquela Martín made the structure his canvas. Caminitu thus became a popular destination for tourists. There are several restaurants, dance shows (tango and other folk dances). Simply put, this street is made for tourists. Should you wnader somewhere off the tourist center, you will  get to the poorest district of Buenos Aires which means that this might not be the safest place to go. At the heart of La Noca, there is also Museo Bellas Artes de la Boca Quinquela Martín. This arts museum was gifte to the city by the man who made the colorful houses of La Boca district. His intention was to create a educational and cultural hub in the area. 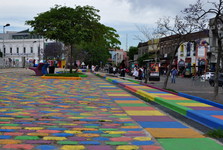 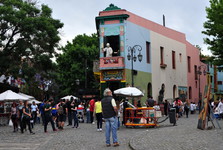 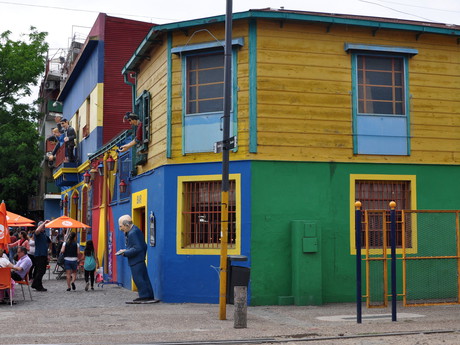 Costanera Sur envitonmental reserve is a place where we went to enjoy some peace. It is the largest green space in Buenos Aires as it covers 350 hectares. Despite being in proximity to busy city center, this area is very peaceful and home to wild animals. On our way from the park toward the city center we pass by revolting bridge which allows ships to sail through canal. Quite strange. Once the bars are lowered, the bridge moves away. Instead of a train, a boat passes through. 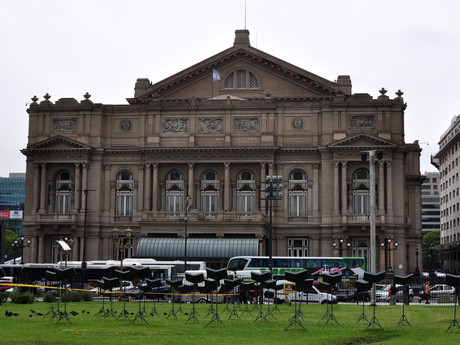 When you get tired of all the sightseeing, just find some tourist alley with markets. There you may buy some hand-made products, see and hear dance and songs. People can drink mate there and have some good fun.