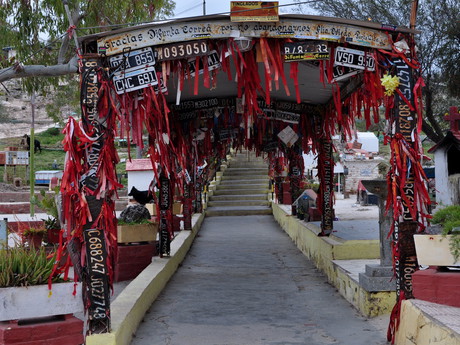 This tourist point of interest is quite peculiar. It was built upon the legend of the woman named Deolinda Correa who was founded dead thanks this wasteland. However, her dead body was able to feed her son who survived because of this. The legend has it that  between the years 1835 – 1840 the country was  troubled by struggle between "unitarios" a "federales". Guerilla fighters left La Rioja for San Juan to draft new recruiters including the husban of Deolinda Correa. She knew that she would be territory commissioner's concubine. Hence she fled with her child. Exhausted she reached Vallecito where she died. The legend of her became instantly popular. People come there to prey and she is credited with any miracle that happens there. There are many license plates, pictures, and many wedding dresses! Single women come here to pray for the right one. If their wish comes true, they come back to leave their wedding dress here. Also, you may spot here a scooter for "difunta" helped its owner to win a car. A museum was foudned there in 2011. It shelters the most interesting and crazy gifts. It consists of large themed displays – fire arms, sport, music, etc. There are over 600 gifts on display.  „Cabalgata de Fe“ is the most imporant even around here. Thousands of horse riders gather here to ride from San Juan to Vallecito. The Gaucha then show their folk traditions. The event takes place in the beginning of April. 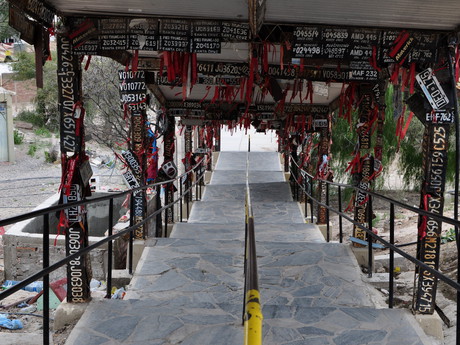 This place is heavily tourist crowded. There several hotels, restaurants, and souvenir stores. Often, trucks pass through for truckers come here to ask for safety. Otherwise, there is not much to see. The hostile land is full of wandering dogs and garbage. And accommodation is costly. Therefore, we set out to La Rioja on the following day. It is quite difficult to hitch a ride here. It is cold in here, windy, and only handful of cars. Yet we are lucky. Mission accomplished. We are in the town. 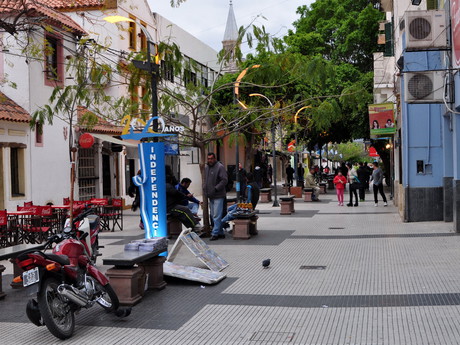 La Rioja is a small and peaceful town. Hotels also feature heating ass winters are cold here. Next to winter jackets we bought winter gloves as well. Argentinians told us that siesta applies only to places with high temperatures, preventing people from doing anything in the afternoon heat. However, here as well people go for a short nap after the lunch as well. Juan Ramirez de Velasco founded the city of Todos los Santos de la Nueva Rioja in 1591. In 1894, earthquake destroyed many buildings, still you may see some colonial-style houses here. Start off your tour on Plaza 25 de Mayo, the main square featuring General San Martin memorial. This green square with many trees has Catedral Basílica Menor de San Nicolás de Bari in its front area, the Greco-Roman Casa de Gobierno (Palacio de Gobierno), and Convento de Santo Domingo, a church made of stone in 1623, making it the oldest building in the country. The Dominican order administers the temple at the present. A museum is housed inside the church. 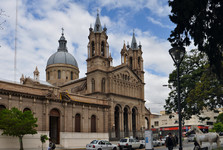 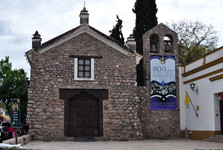 Museo Folklórico is also worth your time. There are mythological ceramic figure reproductions; or Inca Huasi museum which displays artifacts made by Diaguita tribe. 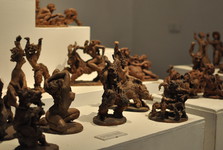 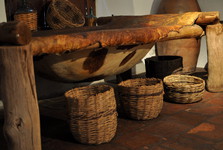