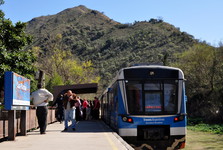 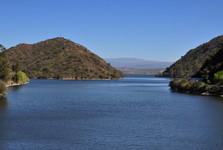 For the season has not started yet, it is quiet here. Not many tourists around. Villa Carlos Paz is a true tourist resort. There are many hotels, promenades, wide streets lined with stores and bars. However, everything is quiet so far. We like it that way. The

town itself is more of an entertainment spot without historical landmarks. However, some hotels are quite peculiar. One is in the shape of a pyramid, another looks like Kremlin, Moscow. These extravagant structures are visible from afar yet some are no longer in operation and are left to decay.

Villa Carlos Paz town sits between mountains. At Cerro de la Cruz lookout point, there is a beautiful vista over the town.  The Reloj Cu Cú clock is town's greatest attraction. Installed in 1958 by German engineers, this clock is one of the largest of its kind. Traditional German construction techniques were used to complete them. The clock tower is 7 meters high. It is propelled by a 120 kg weight. The clock cry cuckoo every half an hour. 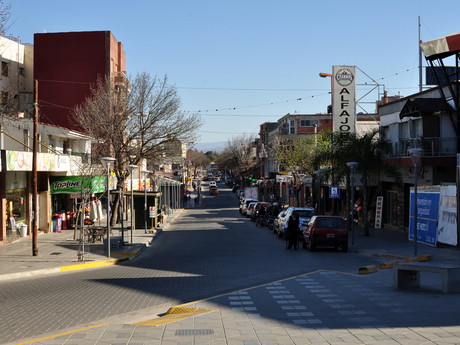 Villa de Merl was our next stop. Founded on January 1, 1797, Merlo town is today crowded with apartments and luxurious hotels. Its pleasant climate makes it great place for recreation. Be sure to visit Marqués de Sobremonte and its 18th century Nuestra Señora del Rosario chapel, or the brick church of Parroquia Nuestra Señora del Rosario. Avenida Del Sol is a very popular street here. The stores on this street create beautiful illumination at night. 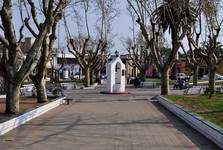 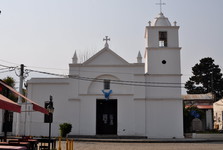 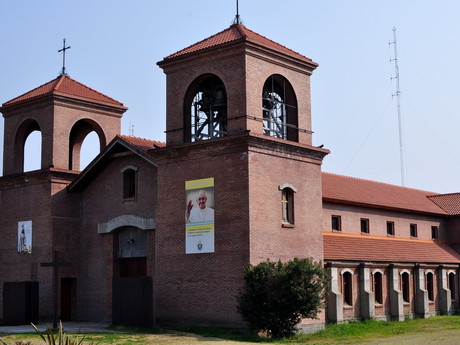 In our hitchhiked ride we travel on to Mendoza. It is still quite far away and the weather is not good either, it's still cold. So we stop in San Luis, the last town before the very

Mendoza. Founded in 1524, the town was a great point of orientation, and a place of rest on the road stretching between Santiago de Chile and Bueons Aires.  The the name of the town was San Luis de Loyola Nueva Medina del Río Seco. Its main square is Juan Pascual Pringles. Opposite to the square there is the exceptional Catedral de la Ciudad de San Luis. Finished in 1944, the neoclassical facade is decorated by low reliefs. Inside, there are the remains of two bishops and Colonel Juan Pascual Pringles. Colegio Nacional Juan Crisóstomo Lafinur (national landmark built in 1869) is another important structure on the main square. On the opposite end there is Paula D. de Bazan maiden school. Convento de Santo Domingo cloister is considered the oldest landmark in the city. You may find it opposite to Plaza Independencia. 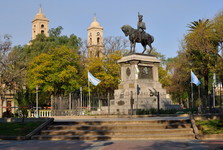 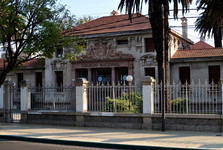 Local inhabitants are called "Puntanos" by  obyvatelům se zde říká „Puntanos" as derived from "Punta de los Venados" the foothills of the San Luis mountains. As we walk in the city, we hear drumming, chanting, and we see many people. Puntanos went out into the streets. They go around the main square. It is not a protest as we have thought. It is a celebration of local fire fighters. As it is getting colder, we return to our hotel. Hopefully we see Mendoza on the following day