en.infoglobe.cz » Argentina: From La Rioja to Tucumán – Learning the Traditions

La Rioja seemed to us as a small and nice town. Yet it was much more difficult to get out of it and get on the highway in a bus. The area around the town is not amogn the safest. Moreover, there is garbage laying around everywhere. One even wonders how he could get to such a place. Unfortunately, we spot some people in the bus to throw trash out of the window. Well, it will get lost among so much garbage outside anyway. 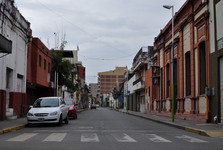 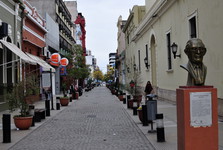 We hitchhike Augusto, a biochemist by profession. He is on his way home and about to attend a folk dance competition. Some equal Argentina with tango. However, here they love Chacarera and Malambo dances. Dance groups of all ages perform here. Chacarera combines Indian and Spanish cultures and songs are in Spanish and Kechuan. One dances chararera in a pari. A man dances with a women to pleasant, harmonic music. Malambo is a solo male dance, or a dance off between two men who show how precisely and diversely they can dance. The difficulty of dance steps is apparent especially when watching youngsters who sometimes fell down on the floor. 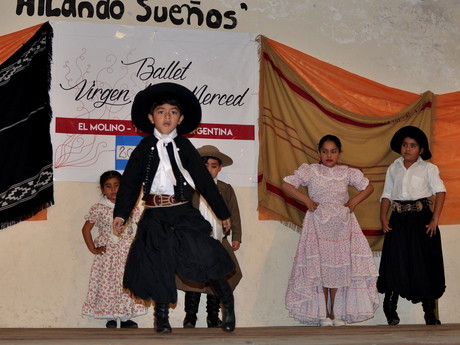 Also, it is interesting to wathc young adults training their dance steps with serious look on their face. The dance originates with gauchos, sort of like cowboys  in the US. These free-thinking nomads of Pampa caught cattle, enjoyed own music, and were violent when solving problems. Once the independence was declared, they had no room in the new society. Augusto explains that gauchos spent a lot of time on saddle. Once they dismounted their horse they shook the legs to stretch them. This way Malambo dance sprung. There is one gaucho who has shrines devoted to him across the country. Gauchito Gil is another legend next to Difunta Correa. Some consider him a thief, some a "Robin Hood" stealing from the rich and giving to the poor. Eventually he was executed. His shrines are in red color with red bands. Some drivers always honk when passing his shrine. 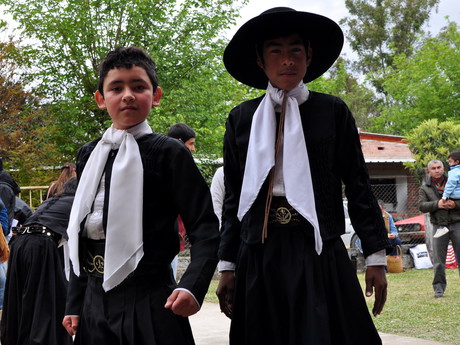 We are not surprised at this day and age that women also dance Malambo. Also, we try local delicious empanadas with minced meat. Adults warm themselves with alcohol and

we are sure that the dance competition won't end earlier than in the morning.

In the evening, we take a bus to San Miguel de Tucuman, the capital of Tucuman province which is historically famous as the place where the Declaration of Independence was signed on July 9, 1816. San Miguel de Tucuman is situated in the even distance from other provinces  and it was a safe and neutral place. Hence, it was chosen for this act. Casa Histórica de la Independencia is the main sight where the independence was declared in 1916. Today, it is a large and modern city featuring colonial sights. There are not many tourists around but there are several guest houses for people travelling with backpacks.

The city was built in a chessboard shape and only some buildings were rebuilt.All in all, every building has kept its original looks, dcoration and materials it was made of. Plaza Independencia, city's main square, was built during the colonial era. However, it has expanded and today there are numerous bars and museums. At one conrer of the square, there is the highest public building Casa de Gobierno. Iglesia Catedral, one of three oldest churches in Argentina, is situated near the square. Basilica Menor de la Merced is another interesting structure as well as Ex LEgislatura, or Teatro San Martin. Even though Tucuman is quite a large city with many beautiful buildings, it is easy to navigate for there are many information panels helping you to get around. 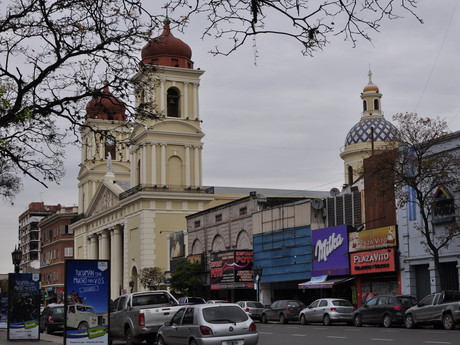