We hitchhiked a young pair who wanted to spare us unecessary spending for a hotel and invited us to their home. Once we arrive at their place, they get their siesta first which gives us time to make a tour in the city. However, we don't have that much time so we are simply headed the Costanera del rio Parná, the promenade by the river Parana which is crowded. People are doing sports here, flying kites, or just laying around drinking mate. Argentinians don't like to spend time at home. Instead they like to go outside on the weekends. They either grill "asado" or simply drink mate tea. 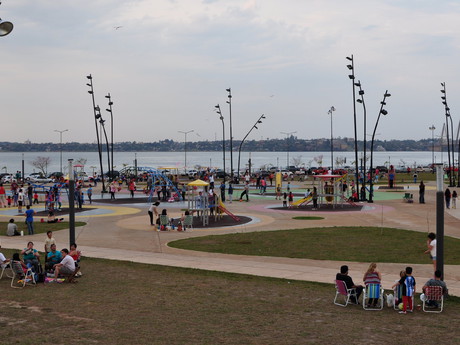 Now long ago we sat on a beach in Encarnacion, Paraguay. We enjoyed beautiful vista over the town of Posadas. Now we are on the other riverbank with the vista over Encarnacion from the town of Posadas. Both towns are linked byPuente Internacional San Roque González de Santacruz bridge. Put into operation in 1990, the bridge bears the name of famous Jesuit missionary who in the 17th century founded Posadas, Encarnacion and other towns in the area. 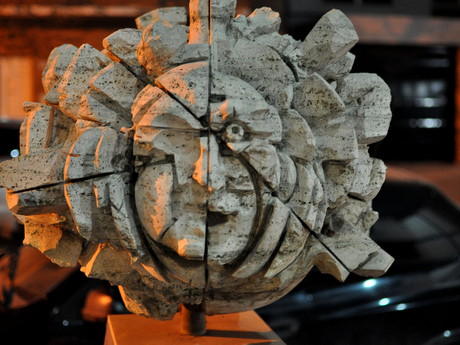 From the meal we try the local "hotdog", called choripan, which is a roll of fried sausage. The local specialty is cabure, pastry made of manioc flour and cheese fried over the fire. It is very similar to a bread called "chipa", which is a specialty in Paraguay.

When it's dark, we're coming back. Posadas is such a vast city with wide streets. When we there on Sunday evening and everywhere is quiet, it reminds us of a village full of family houses. 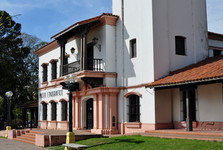 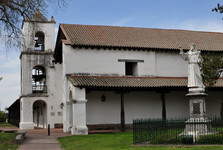 We leave Posadas for the town of Resistencia famous for its statues. There are actually over 400 of them on its squares and streets. It is more like an open-air museum here. 25 de Mayo de 1810 square is vast and green, true green lungs of the town. It covers 4 blocs. Iglesia Catedral de Resistencia situated close to the square. As Resistancia is situated in subtropical climate, days are hot and afternoon siestas can span for over 4 hours. 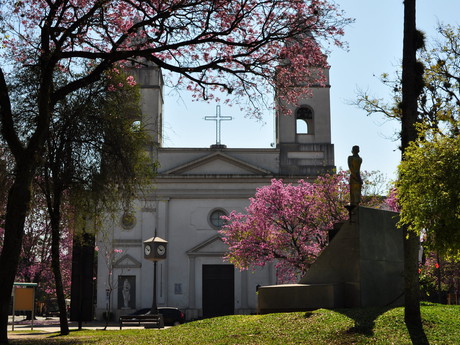 Eventually we reach Santa Fe where we want to spend at least several day. Founded in 1573, the city was moved to another location due to many territorial conflicts and frequent floods. You may still see the ground plan of the original city in Santa Fe la Vieja archeological park. Only handful of colonial sights have been preserved in the city one of them being Convento y Museo de San Francisco. This cloister was built in the year 1680. Its firm wooden beams are secured with wooden spikes. Some other amazing historic sights include Museo Etnográfico or Casa de Gobierno de Santa Fe.

Now we are crossing Puente Colgante Ing. Marcial Candioti. We wante to take a walk around the river where people like to go and have rest or do sports. Also, there is a fre to access environmental reserve. Guinea pigs run around there freely and local marshlands are inhabited by many birds. 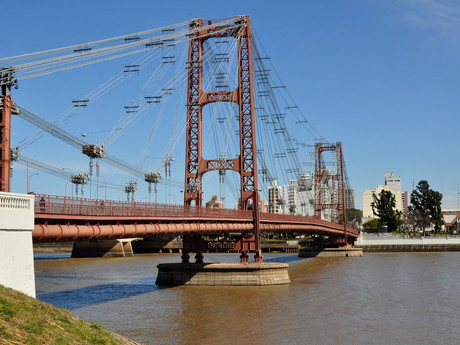 We are Czechs so we feel the urge to visit the Schneider brewery which brews their own Santa Fe bear. Organized tours in the brewery are for free. This moder brewery also includes a beautiful museum and if you are eligible to free bear tasting. We even get a gift – two cans of beer. Unlike the Czech Republic, 0.5 l is not a standart beer glass, instead they have the so calle liso or 250 ml.. 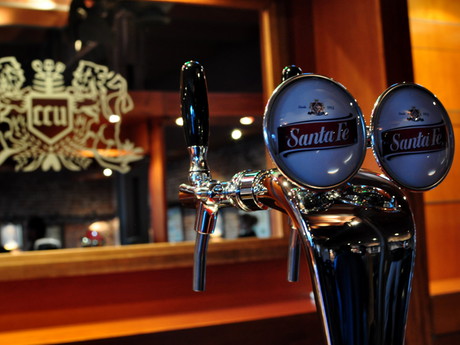 Published: 8.6.2011
Tierra del Fuego is a unique area of our blue planet spreaded on a territory so big as the Czech Republic, where the areas of untouched and beautiful nature are to be found.

Published: 15.6.2011
Today, we give you some information about Ushuaia, most in the south situated locality.