The town was founded in 1865. 150 Welsh settlers came here and named the town after Sir Love Jones-Parry. Punta Cuevas hides the ruins of the first Welsh settlement. It is very likely that the houses built back then there were the very first in Patagonia. Currently, there are expositions showing items which belonged to first settlers and information on Welsh culture. By following Camino del Indio we get to the memorial of Tehuelche indians (Monumento al Indio Tehuelche). Up form there we get an amazing vista over the town, beaches, and industrial zone. Locals also enjoy the amazing vista. They park their cars on the side of the road, drink mate, and enjoy the vista. 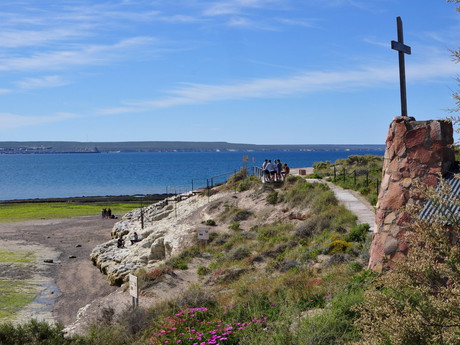 Galeses“, built by sculptor Luis Perlotti to commemorate 100th anniversary of foundation of the city. The church and some older structure may be seen on General San Martín square. Don't expect much however. Tourists come here enjoy nature and water attractions. Currently Puerto Madryn is visited by thousands tourists annualy. Patagonia tourist services are situated mostly here. Average summer temperature here is 14 °C, but maximal temperature gets as high as 35 °C, in winter it drops down to 5 °C. There are no periods without precipitations throughout the year. 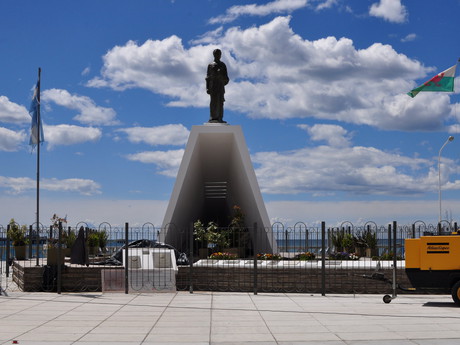 Whales is the best attraction. You may observe them from the area called El Doradillo. Tourists without a car will have quite problems to reach this place. So another option is to pay for a cab. To rent a car is quite good to have when visiting Peninsula Valdes. This vast peninsula allows you to see sea lions, penguins, elephant seal, killer whale. It is not the cheapest of trips yet if you want to see penguins the best is to visit Punta Tombo. 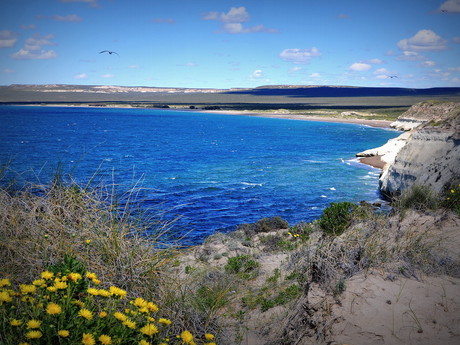 We found accommodation in a camp. We were quite lucky to see there so many Argentinian tourists who took us to Punta Loma reserve about 12 kilometers behidn the town. Founded in 1967, Punta Loma was the very first reserve in Chubut province. It was founded for the one reason only - to protect the only prmanent sea lion habitat. Also, here we see commorant and South American tern. When we arrive here, there are only several sea lions laying around on the beach, other hunt for prey. We wait for a while, make a quick walkaround, and then observe how other sea lions return on the beach. Close to Punta Loma, there is Cerro Avanzado hill. From there you may see the dunes and steppes around. 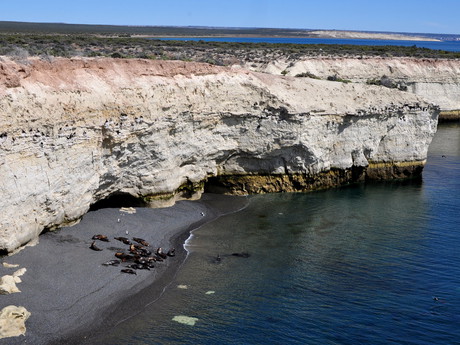 Once we return to the camp, we enjoy the true free time Argentina style. Argentinians are used to do barbecue in good weather and enjoy their "asado". So they pay a small fee in a camp and spend an afternoon bbquing, drinking wine and mate. 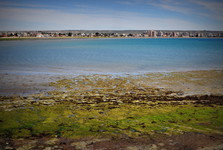 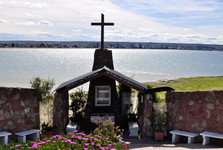 If one doesn't want to do sports like diving, windsurfing, or cayaking, Puerto Madryn is not an interesting town. The fauna aroudn this place makes it very special. It is good to ask around at the visitors' center and think, how much one is willing to spend here actually. The possibilities are numerous.