Trelew is of Welsh origin. It consists of Tre (a village) and Lew as for Lewis Jones, the founder of the town. Locals are quite peculiar for their culture which they have inherited from the Welsh – drinking tea or Eisteddfod festival. Today, Trelew is home to ove 100 thousand and it is traffic junction of regional trade. 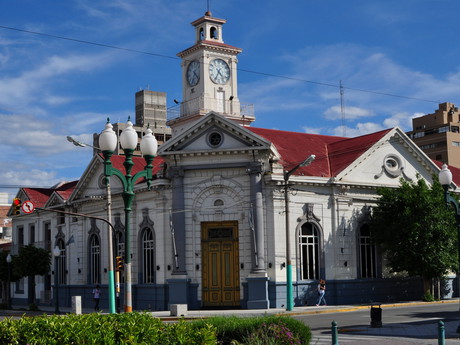 We get to Trelew by hitching rides. It doesn't take long. It is very nicely warm here. Weather is mild and dry. Winter months bring temperatures around 0 to 15 °C and summer up to 38 °C. The Chubut river makes the soil very fertile with trees. Thus local farms make a stark contrast to steppes around. Locals love their siesta so don't expect to rent a car in the afternoon. Everyhwere's closed. The stores open again from 4 pm. 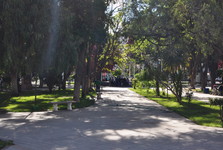 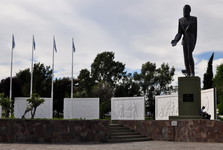 Independencia square constitutes its center. There is a huge summer house which is the place where locals and visitors can meet. Before the square, there is a town hall, parish Iglesia Parroquial. Not far from here there is Tabernacl  chapel(Tabernáculo) which also is one of town's oldest buildings together with Moriah chapel at the edge of the town. The latter is estimated to be completed in 1880. Around, there is a cemetery with the remains of the first Welsh settlers as well as town's founder Lewis Jones. Museo regional Pueblo de Luis is also one of the oldest buildings. It features Welsh as well as indigenous artifacts. You can find it close from Plaza Centenario. 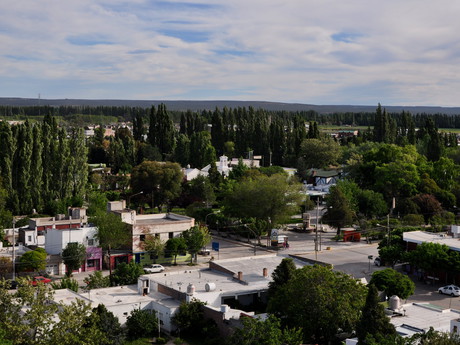 Apart from Welsh history, the place is a site where remains of dinosaurs and fossils were found. Museo Feruglio is devoted to this subject as well as paleonthological geopark of Geoparque Paleontológico Bryn Gwyn about 8 kilometers from Gaiman village. 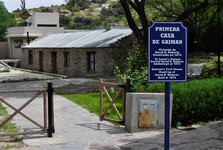 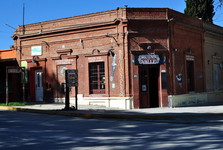 Trelew is quite a busy town in our eyes. One can be done with it in a day. To relax we move to a small town of Gaiman with a cozy campsite. In Gaiman, the spirit of Welsh settlers who came here in 1874 is still felt. The town's name has Aurakan origin. It means "whetsone". In the first century of Gaiman's existence, the Welsh traditions were dominant. However, later new communities speaking different languages and adhering different religions would come here. Settlers came here from Spain, Italy, Syria, and  Portugal. Gaiman soon became a cosmopolitan town. Howeve, Welsh traditions were inherited by the coming generations. For instance, typical here it is to drink tee with sweet pastry. Among historical sights one can see, there is Bethel chapel built in the early 20th century. In Hebrew it names means "the house of God". 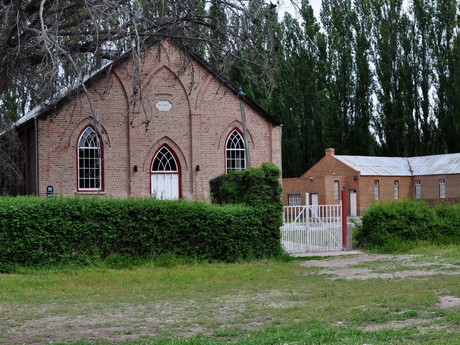 Primera Casa de Gaiman is our next point of interest which is the very first house built in the town. Also, there is a famous tunnel which was part of a former railroad. The tunnel is located close to the tourist center. Inside, there are information panels featuring texts on the history of the railroad. The entrance is free of charge. 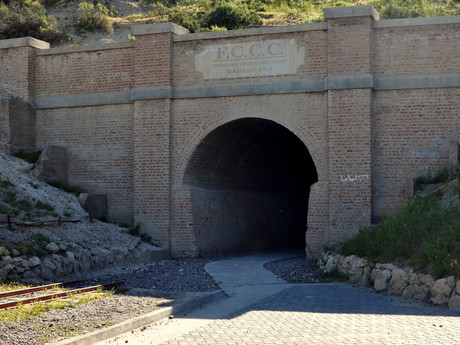 Upon rest in Gaiman and bit of warming ourselves up, we move on to Puerto Madryn.  Here we will enjoy sea air and traditional Argentinian "asad".