Patagonian ice plains are the second largest in the world right behind Antarctica. It has been also known as "continental ice of Patagonia". It covers an area of 2 600 km2. Apart from 47 main glaciers, 13 of which flow into the Atlantic there are 200 more glaciers of lesser size. This southern gem has one more feature to it. Unlike other formations which appear as 2500 meters above sea level, these are only at 1500 meters going down to mere 200 meters which makes them incredibly accessible. 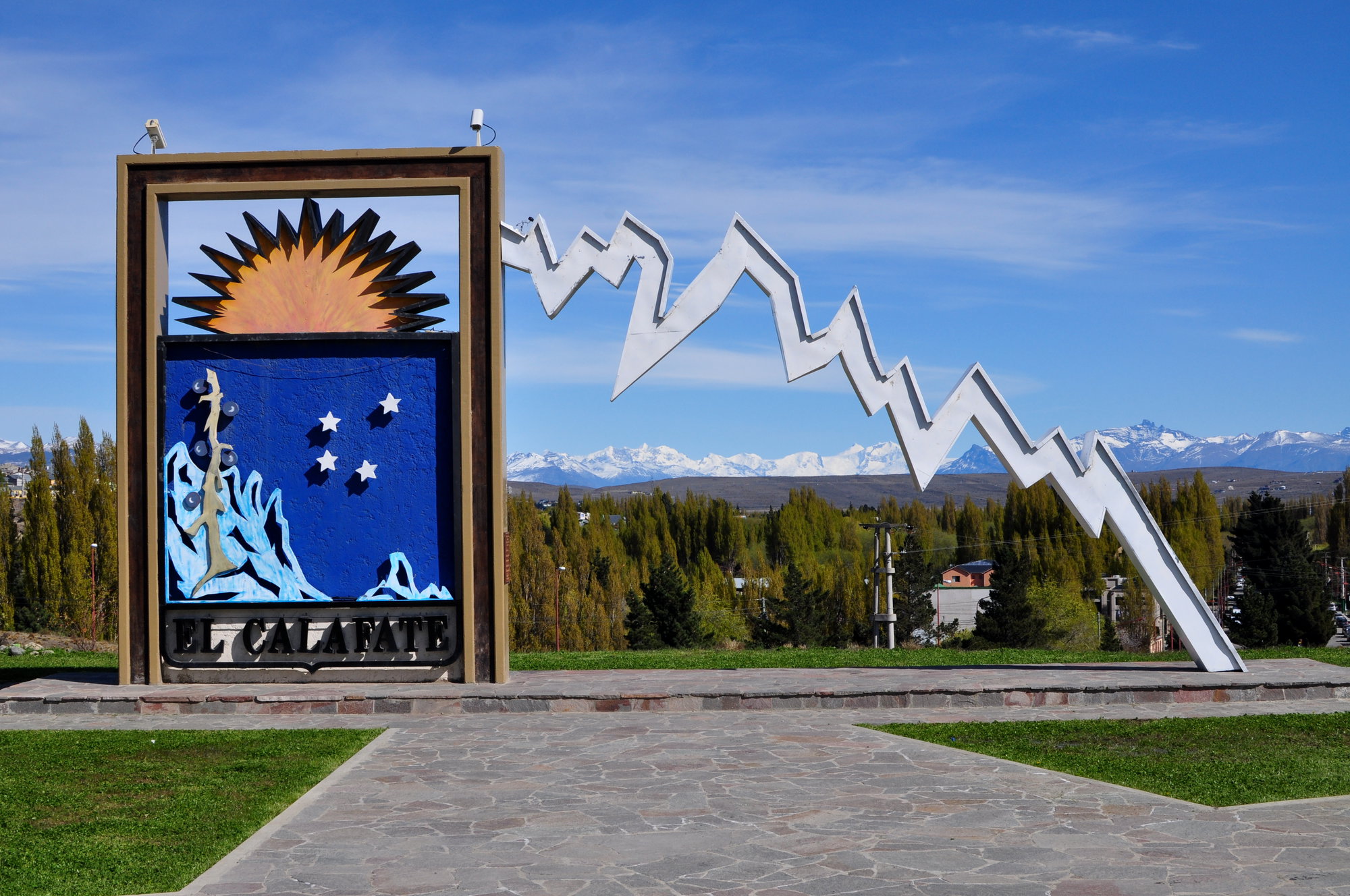 Luise Piedro Bueno organized the first expedition into the area in 1867. The expedition reached as far as the mouth of the Santa Cruz rive in the total of 33 day and 16 day on their way back. They reached Lago Roca. The group was excited since they thought they reached the way to the Pacific. Moreover, a lake was discovered and named Lago Argentino by Francisco Moreno in 1877. Him and Carlos Moyano made another expedition along the Santa Cruz river. They started on Isla Pavon island. 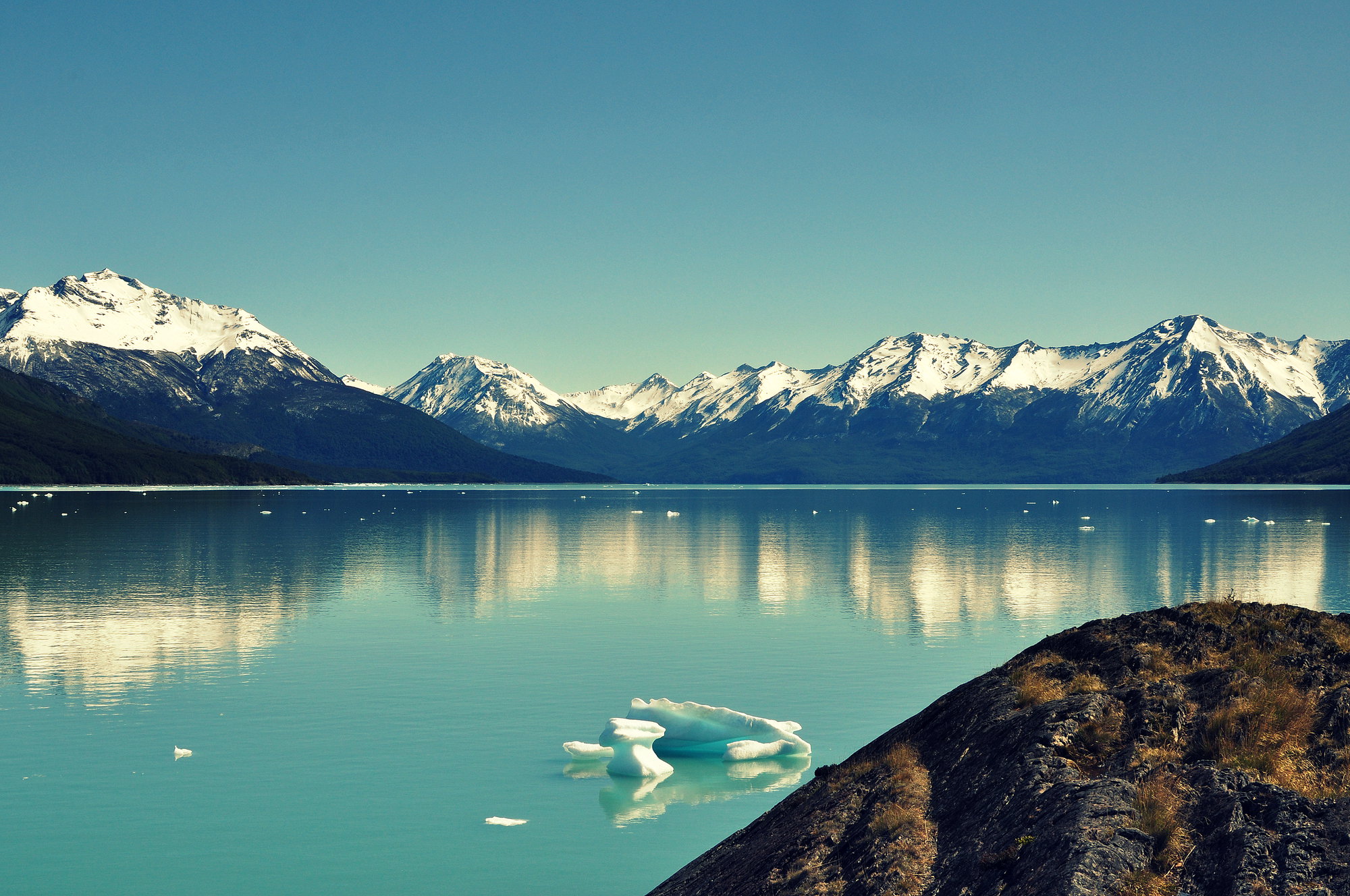 Perito Moreno glacier was given its name as late as in 1899. It is situated 85 kilometers from the town. To reach El Calafate you need to travel by bus from El Chalténu.  Unfortunately the price is far from favorable as it costs about 600 Argentinian pesos. The price pushed us to hitchhiking again despite it takes longer. Yet we are lucky and we manage to get to El Calafate. There are many hotels and even a camp. We don't plan to stay for long since we are interested to getting to Perito Moreno. After we are done with it we will move furhter down south. 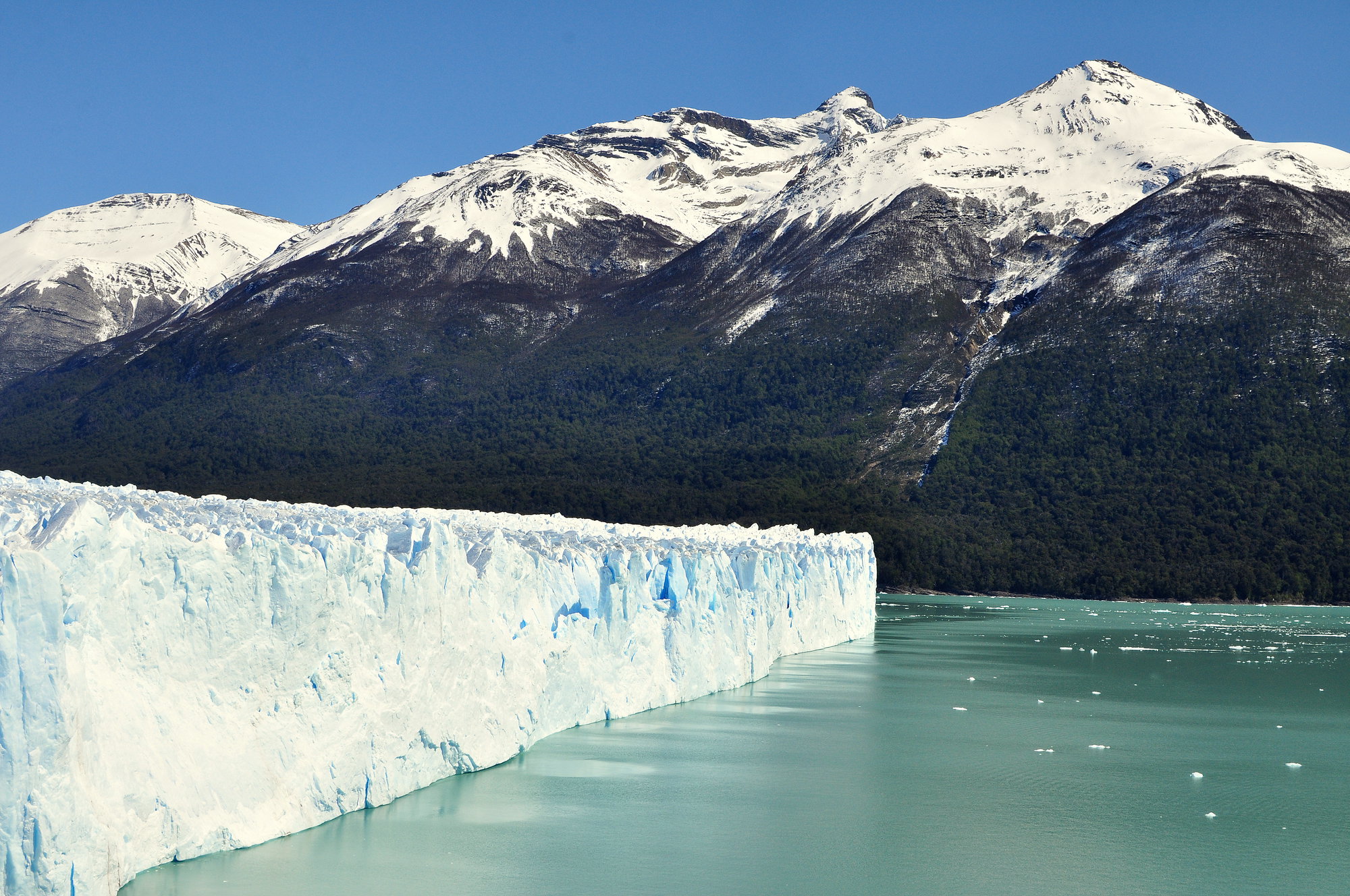 If you don't happen to travel by car, you have to pay a one-day trip to te glacier at some travel agency. Well, you actually pay only for a bus which takes you there and back at designated time. Admission is not included. Moving around the park is so well designed that you only walk along wooden walkways. You can sit down and watch the glacier from all different angles. If the weather is favorable and warm, you may hear pieces of ice breaking off. Even though these might seem like small pieces from the distance, the glacier is 60 meters over the lake. So actually these are huge pieces larger than a bus. The glacier moves constantly and its moving creates the break offs. However, new ice is created constantly so it doesn't get smaller. It is up to 5 kilometers long. Amazing experience.

Perito Moreno glacier fulfilled our expectations and we don't feel the need to see other glaciers. Therefore we hitchhike to  Río Gallegos, the southernmost continental town on the Atlantic shores. Also, it is a distribution center in Tierra del Fuego. Tourist industry flourished mostly thanks to penguin colonies and the lighthouse on Cape Virgenes. Río Gallegos is only a place where we stay over night. Then we move by bus to Río Grande. The reason behind choosing bus is that we need to travel by ferry and cross Chilean territory. Hence, hitchhiking is out of question. 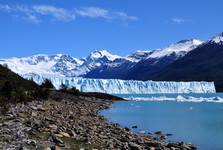 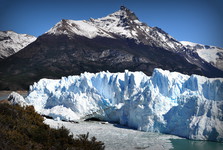 On our way we can observe changing landscape of Tierra del Fuego, guanaco and nandu lamas jumping around. But we tell you more next time.