The International Organization of Vine and Wine (OIV) declared Mendoza the world capital of Wine on 31st of October. Also, the organization named the city the 8th world city of wine. The main sort of the Argentinian wine-growing is Malbec.

In this dynamic city, culture and art have their place here – museums, theaters, art galleries, craft show, pubs, cinemas, and casinos. This city is a great place where you can set off to treks into the mountains, see nature and culture. Squares in Mendoza combine nature with 19th century architecture. Plaza Independencia, España, Chile, and San Martin are among the most popular for their symmetry. 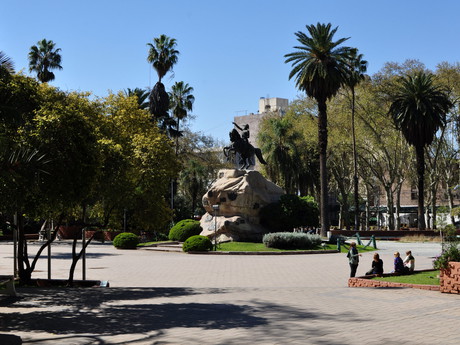 In Mendoza, there are over 80 squares and promenades. An earthquake hit Mendoza in 1861 and completely obliterated it. Therefore, the promenades are quite wide in case of another earthquake so the debris had place where to fall. Squares are vast so inhabitants could easily escape. 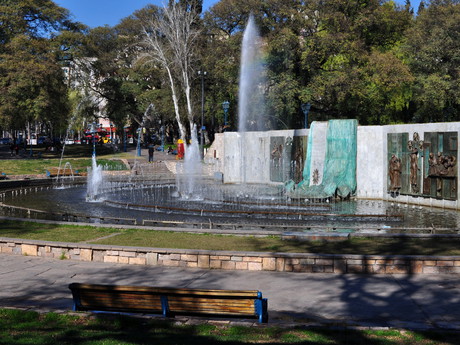 Plaza San Martín features the equestrian statue of General San Martin in its middle. The square is a replica of the same statue in Buenos Aires which stands on the square of the same name. Also, there is an information table with data on the altitude of the place which is 747 meters. Beautiful Basilica San Francisco is situated in the corner of the square. Plaza España features Spanish 19th century architecture. Plaza Chile is a square situated in a residential district. The name of the square honors neighboring state for the help to inhabitants of Mendoza during the 1861 earthquake. Plaza Italia honors Italian community for its active life in the province. There is the statue of female wolf feeding Romulus and Remus. 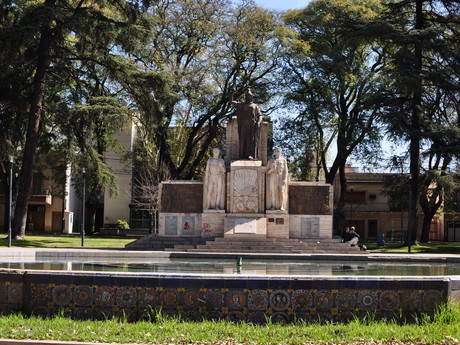 Cerro de la Gloria is the place which visit every tourist in Mendoza. Our way there is across the vast park of General San Martín where people go to walk or to run. 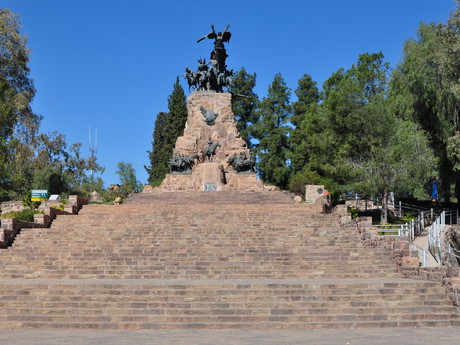 San Martin's equestrian statue sits in the front of the memorial. Six grenadiers stand by it on each side. On the top, there is a cavalery ready for an attack. The figure wrapped in the national flag represents freedom. The memorial was ceremonially opened on February, 1914 to commemorated the 97th anniversary of the battle of Chacabuco. In 1998, it was declared a culture heritage of Mendoza. 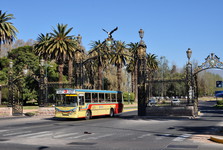 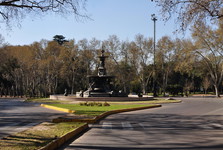 For we are already in Mendoza, we visit a vineyard. It's quite an industry here. It is not easy to simply visit a vineyard here for a tour. You need to book your tour in advance at some places, some vineyards are closed while others ask for an entrance fee. Eventually, we end up at private Olive tree farm after gathering some more information.  Not only wine thrives in Mendoza but olive oil as well. They have even a guest house at their private house plus there is a private chapel. Believers come here occassionaly on weekends. There is even a pond in their vast property used for irrigation. The river which flows here can be used for irrigation only on several days of the week. We are given a one litre bottle of quality olive oil. Also, they inform us that the wine we could buy at a supermarket is of the same or better quality than wine offered on a tour at a vineyard. 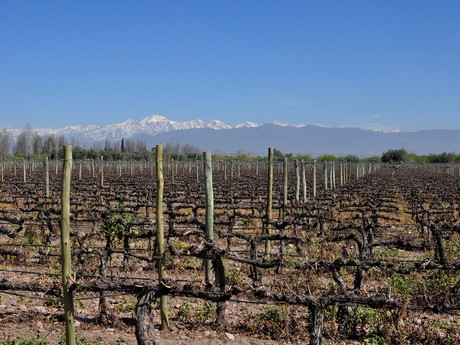