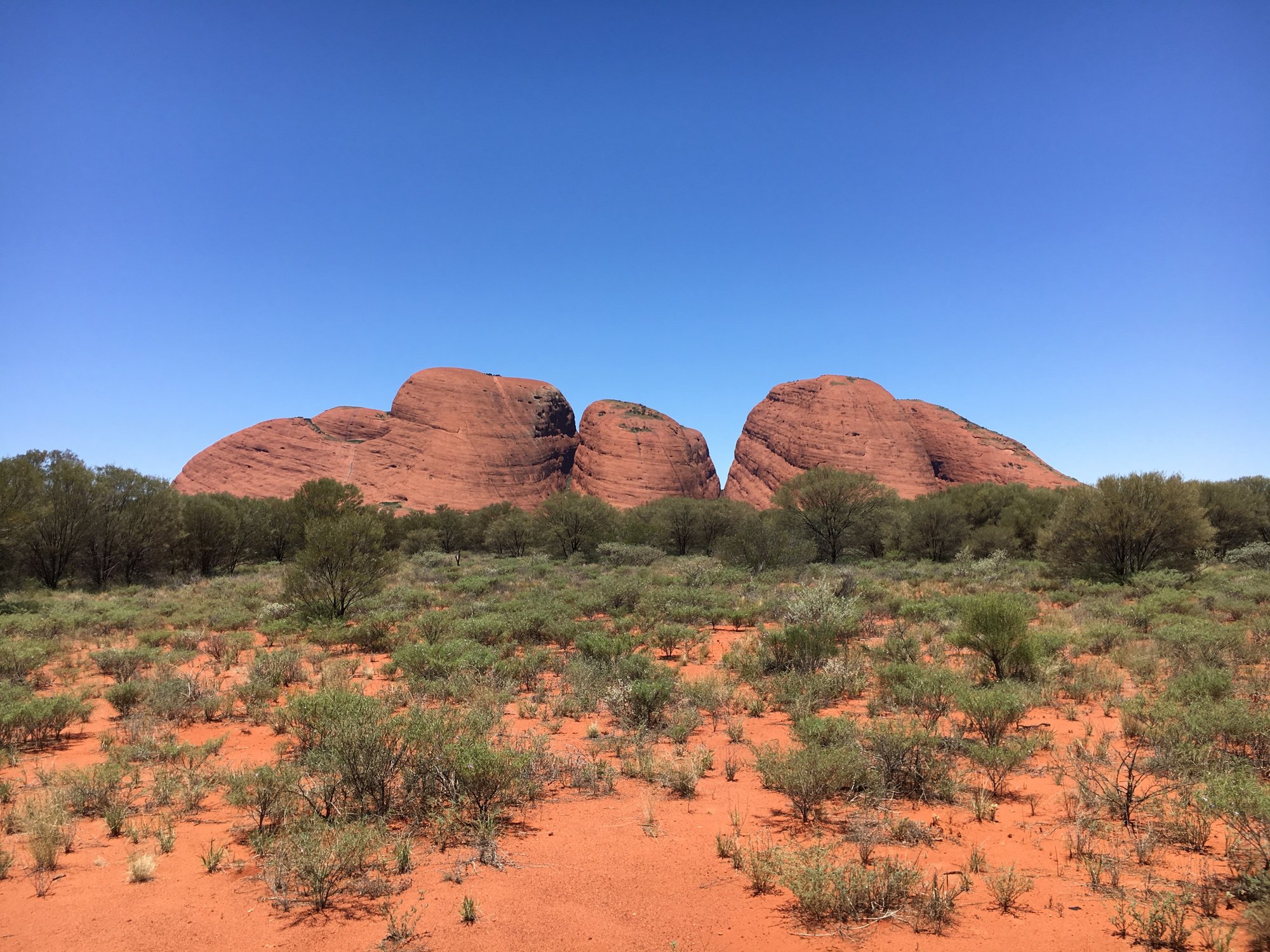 The color of the stones is as deep orange as Uluru, which is caused by the oxidation of iron. The name Kata Tjuta means many heads in translation and it can be concluded that these rocks will resemble many heads by their shape. Geologically, rocks were formed by cementing various types of rocks. Therefore, there are many gorges and due to the height of rocks is a walk in them a real experience. 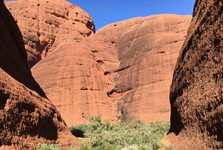 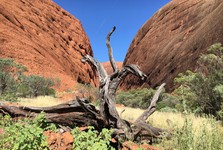 If you thought this place in the dry wasteland was empty and lifeless, you would be very wrong. More than twenty mammal species, over seventy reptile species, about 170 bird species and more than 400 plant species live in the National Park. 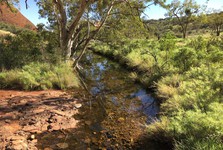 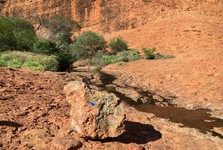 First we head to the very end of the park, the Valley of the Winds. The trek in this windy valley is the best one to choose from. It connects both hikes and relaxed walking on the straight, beautiful views and a little adrenaline. But we want to get to know Kata Tjutu even better, so after this 11 km long trek we move on to the second tour called Walpa Gorge. 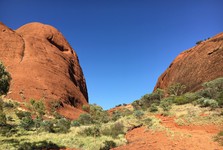 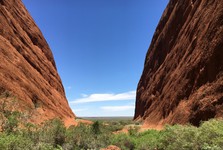 A calm walk is only complicated by the unbearable heat. Not surprisingly, in the hot summer months there are occasional fires from lightning. Yet a fire can be beneficial to the bush. Local natives have been deliberately using fires for thousands of years to cultivate land. Using a checkerboard system, they burn old grass and give space to new plants. Fires are therefore important for ecological balance. Park administrators only establish them in winter and under the strict supervision of firefighters. These fired sections are then resistant to natural fires and cannot be expanded so much thanks to the checkerboard system. 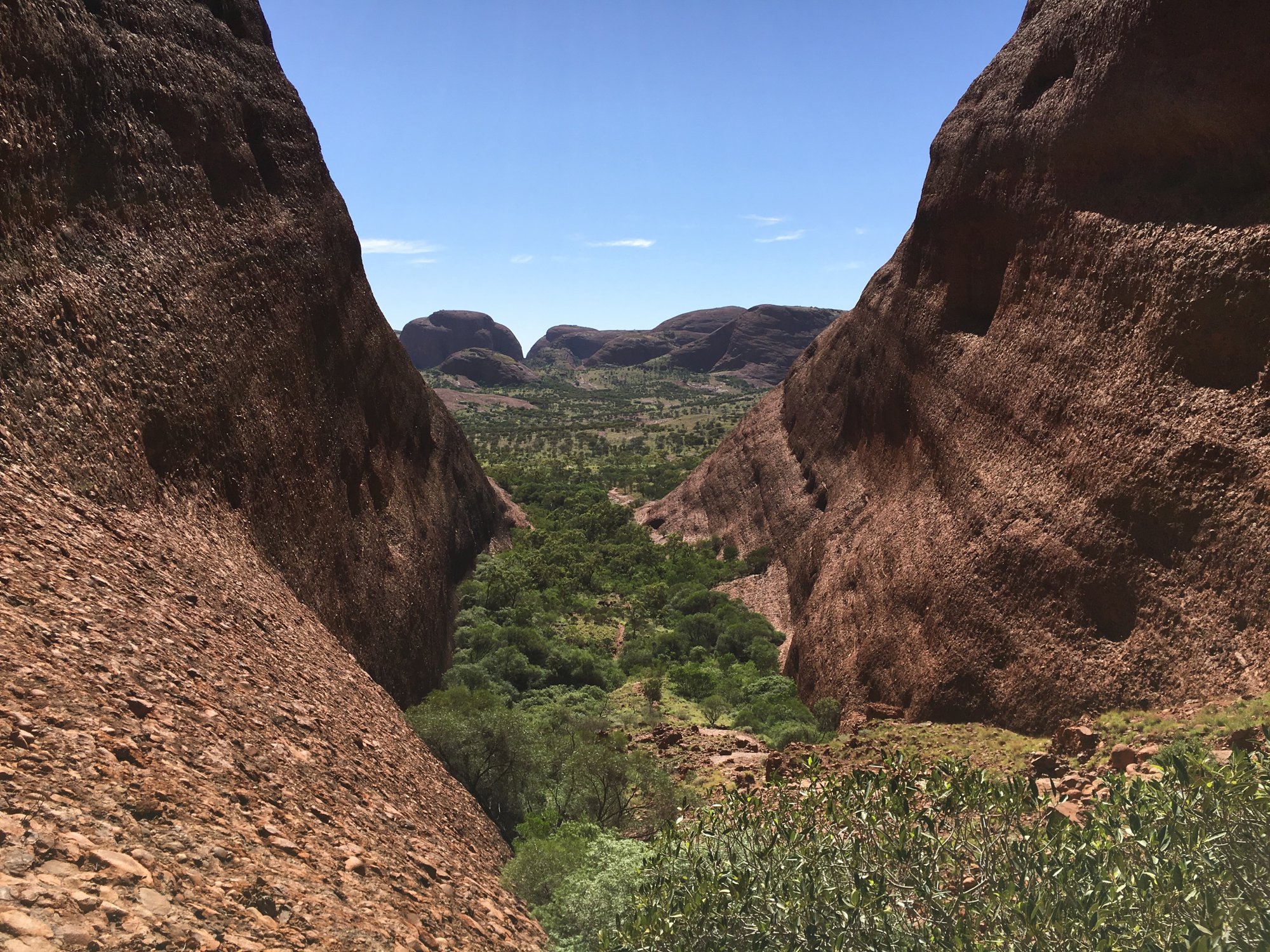 In the bright midday sun, we seem to be burning, too. After a walk, we are going to relax on the Sunset Viewing Area, where there are large picnic tables. From this place we also have a nice view of the most famous panorama of Kata Tjuta. An ideal place to end our trip and say goodbye to this main formation.