Hop on one of many trams, open your newspapers and make yourself comfortable. It will take a while. Melbourne is one of the largest cities in the world. Once you leave downtown you would hardly see a building larger than 2 storeys high. There are many small houses decorated with columns, there are gardens, quiet streets and easy life. This is how you can pretty much sum up every district in the city. 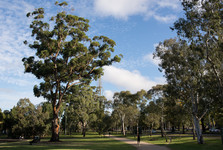 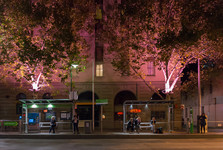 Locals mostly agree that the three districts in the north are best for living – Brunswick, Fitzroy and Northcote. And then, of course, near the beach in St. Klida which is in the south. We begin, however, in the north.

Fitzroy district seems even more vibrant than downtown itself. Therea re many cafes, restaurants, bars, small stores selling everything you can think of. Moreover, streets here are partly galleries. There are hundreds of amazing graffiti drawn across entire houses, funny facades, statues, mosaic benches, decorated display windows etc. People themselves display art sort of. Nobody is affraid to show whats in him. An old lady with bright blue head? No problem. Behind her there goes a typical "hippie" like in Milos Forman movies. He hold hands with a Japanese women with crazy tatoos. Morever, there are all kinds of nationalities dressed in the latest fashion or just like they want to. Everything but average. 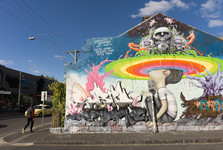 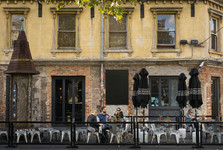 Brunswick district became famous for its cafes and food. The life is at much slower pace here. And there are less people as well. Most restaurants are situated in Sydney Street. There are mostly residential houses. Unlike in post-industrial district of Fitzroy, here you can enjoy beautiful houses and greenery. Every house is different. Put down your map and just wander around. I kept doing it for several hours and it was great fun. 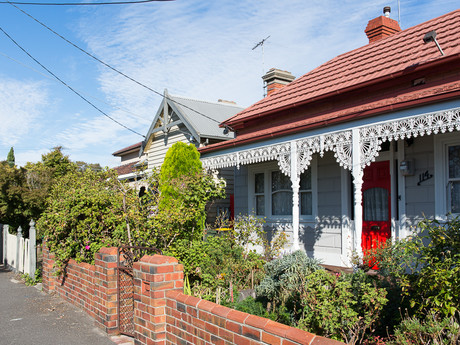 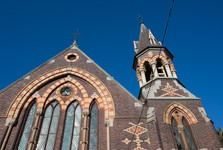 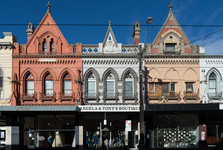 In Brunswick district it gets the most lively in the main streets. In Northcote district everything happens in one street – High Street. People shop there, eat there, drink coffee, beer, or wine there, go to movie theaters, theater... You don't feel like you were in the second largest city in Australia at all. It rather seems that you are stucked in some small town somewhere on the countryside. And this is what is most beautiful about this city. Moreover, it is from here where you get the best vista over the skyscrapers in Melbourne's downtown. 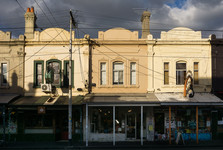 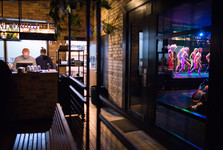 Let's visit the beach we promised. Without it Melbourne wouldn't be Melbourn. To spare some time we take a train which takes us to downtown in about 15 minuts – two times faster than tram. We get off in Flinders Street. Most tram lines go from here to St Kilda, the maritime district. 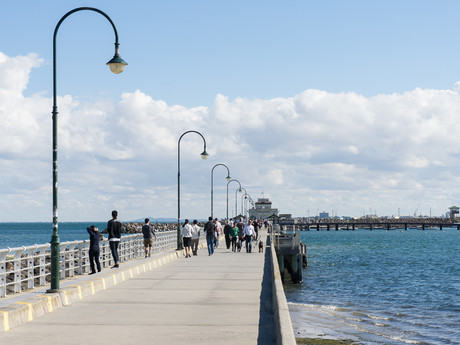 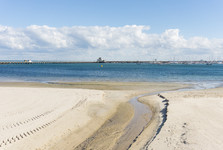 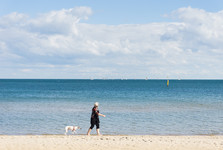 What to say about the beach? It is long, clean and crowded in the summer months. Many locals visit it to run, do sports, or have a picnic with friends. In case you don't want to take a swim, have a glass of wine at some local bar. Join people of Melbourn in their joy of life full of smiles. Believe me, it will want to stay.