Published: 16.12.2012
Vacation in the Alps isn’t necessarily expensive. This proves an offer of vacations in Salzburg where you can enjoy ski slopes and cottages for the best possible price. Accommodation is available in beautiful hotels, on picturesque mountain farms or in large recreation cabins

Flat rates named Ski Lions in Saalfelden Leogang winter sports region represent a favorable offering for whole families. They include accommodation and free skipass for children up to 6 years of age. Children younger than 13 years of age get 50 % accommodation sale. One week in Saalfelden Leogang in family apartments without meals costs (including 6day skipass for the whole ski circus Saalbach Hinterglemm Leogang) from 370 EUR in a three-star hotel/inn, and in a three-star hotel with a demi-pension from 502 EUR/person.

Family Hit: March 3 to April 14, 2013: 2 children (max. 14 years old), if accommodated in parents’ room they have free accommodation, free skipass is only for children born in 1997 and later.

From mild hillsides through carving ski slopes to black ski slopes; from funparks through racing tracks to hilly skislopes. An ideal terrain is here for every winter sportsman/woman.

7 overnight stays with a breakfast in a pension, including 6day skipass for Saalbach Hinterglemm Leogang ski circus – from 403 EUR/person. The offering stands from 5. 1.- 2. 2. 2013.

Großarltal: learn to ski with a guaranteed return of money

In Großarltalu will every beginner learn how to ski in five days. What is the best about it? Everyone who will not learn skiing according to his/her vision will get his or her money back (cost of skipass, ski rental and ski course + 50% of accommodation costs). 7 overnight stays in a three-star hotel with a full board, including 6day skipass, ski rental (skis, ski poles and boots) and 5day ski course in Großarltalu will cost you 846EUR/person. You can order these packs in following periods: December 2 to December 22, 2012; January 1 to February 2, 2013; March 16 – April 7, 2013. The offerings apply only for adults who actively take part in a ski course.

A favorable flat rate named “Alpine Pearl” will appreciate those who have their own car. Visitors in Neukirchen can use local shuttle-service, ski buses and try various sports. The package includes 7 overnight stays in chosen accommodation category, 4day skipass, a racket trip, a ride on the longest sledge slope in the world (alternatively, from March, you can ride on sledge pulled by horses), a map for cross-country skiers and tourists, a ticket to a museum in Bramberg, transportation from/to railroad station (Mittersill, Zellam See or Kitzbühel), or tickets for local buses. Prices regarding an order made in the period from January 12 to February 2, 2013: a week with breakfast from 372 EUR, in a three-star hotel with a demi-pension from 582 EUR, in a four-star hotel with a demi-pension from 652 EUR, and in a holidays-accommodation from 358 EUR. 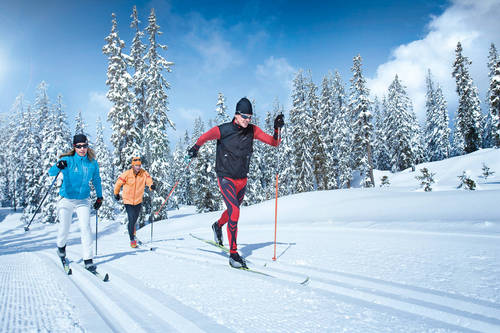 Sportsmen and sportswomen will enjoy a pleasant winter holiday in Wefenweng. There are waiting for them fast ski slope, sledges rides across snowy landscape, or interesting rackets treks or classic treks. The offering of winter vacation in Werfenweng includes 7 overnight stays with breakfast/ demi-pension in an apartment, 6day skipas, free entrance to the Museum of Ski Federadion FIS in Werfenweng, a gastronomic tour “Food with a history” (4 different meals in 4 different restaurants) and a SAMO-Card (SAnft Mobil). The card includes Werfenweng-Shuttle and taxi, night public transport, electric car rental, rides on horse-pulled sledges, racket trek with a guide, mountain trek and many other benefits. The offering stands from January 12 to February 1, 2013, and from March 2 to April 7, 2013. The cost is from 496 EUR/person.

Gastein winter magic in a double package: from a ski slope to a thermal spa

Ten pravý odpočinek nabízí „Ski & spa week “ in Gastein. After winter joys on 210 kilometers of ski slopes or on 90 kilometers of cross-country tracks some rest is welcomed. You will enjoy it in 33 degrees of Celsius warm water in Gastein thermal spa. The package includes 7 overnight stays in chose accommodation category, 6day skpiass in the largest Austrian ski paradise “Ski amadé”, and an entrance into Alpin and rock spa Gastein. The offering “Ski & spa week” stands from November 24 to December 22, 2012 and from January 5 to Februray 2, 2013, and from March 16, 2013, until the end of the season. The offer applies for a room with two beds and with a demi-pension in a three-star hotel for 493,50 EUR/person.

Between 1630 to 2313 meters above the sea level sportsmen and sportswomen enjoy more than 100 kilometers of great cross-country tracks, ski slopes, snowboard Funpark in Hohe Tauern. Above all they enjoy a unique atmosphere of the place. You can order 7 overnight stays in a four-star hotel, including 6day skipass in Obertauern-Hohe Tauern ski region is available from 727 EUR/person in a double-bedded room, in a three-star hotel with a breakfast from 540 EUR. The offering stands from November 22 to December 22, 2012

Hochkönig for a whole family

Short-term flat rates : These flat rates for Hochkönig region include 4 overnight stays plus 3day skipass, 20% sale in ski rental, and they stand from the beginning of the season until December 12, 2012, from January 5 to February 2, 2013, and from March 3 to the end of the season. You can order flat rates together with a breakfast in a pension from 262 EUR, in a three-star hotel/inn including demi-pension from 302 EUR, and in a four-star hotel including demi-pension from 462 EUR/person. Private accommodation on a farm including a breakfast is from 199 EUR/person.

Family weeks full of fun in Hochkönig region: Flat rates include 7 overnight stays plus 6day family skipass (2 adults and 2 children younger than 15 years of age) for 975 EUR. Flat rates stand from March 16, 2013, to the end of the season. Guests will also get a 20% sale in a ski rental.

Visitors can expect great experiences at Ski amadé in Salzburg world of sport. From hillsides suitable for a whole family, through ski slopes where world championships happened, to freerides or illuminated slopes. Everyone will find his or her ski paradise. Top ski flat rates include 7 overnight stays plus 6day skipass in Ski amadé. With a breakfast from 455 EUR, in a three-star hotel with a demi-pension from 638 EUR and in a four-star hotel with a demi-pension from 799 EUR/person. Packages are available from December 3, 2012 to December 23, 2012, from January 5 to February 2, 2013 and from March 16 to April 13, 2013. 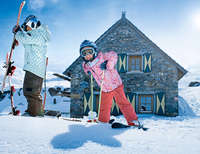 Ski amadé in a cooperation with selected hotels offers for every visitor older than 60 years (birth in 1953 and older) varied offering for special prices. If visitors will order 7 overnight stays in a hotel, they will get a 6day skipass for free. The Sixty Plus package includes also a possibility to test the newest ski models or a trip to one of the top 25 winter resorts at Ski amadá. 7 overnight stays with a demi-pension in a three-star hotel including 6day skippas costs from 427EUR/person, in a four-star hotel from 575 EUR. The offering stands from December 12 to December 24, 2012.

From March 24 to March 31, 2013, at Ski amadé will be devoted to ladies. A package Ladies Week includes 7 overnight stays in a selected hotel and visitors will get 6day skipass for free. Icing on the top is a possibility to try new models of skis during a Ski test and skiing with a guide. Except for that there will be interesting events in Ski amadé, live performances, fashion shows, parties in cottages and many other things. Packages are available from 580EUR in a four-star hotel with a demi-pension or from 427 EUR in a three-star hotel. 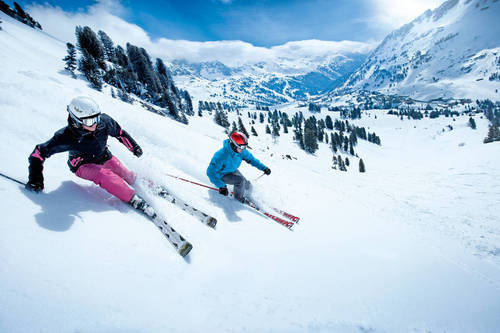 Ski experience in Lungau with many extra offerings off ski slopes

A vacation package „Ski experience Lungau “ includes 7 overnight stays of selected accommodation category, skipass for Lungau ski region, gratis skibus, one optional entrance to an aqua park „BadeINSEL“ Tamsweg / to Vital - & Wellnesscenter Samsunn in Mariapfarr / free entrance to a castle of experiences Mauterndorf including free medieval welcome drink / eating in mountain cabins for 7,50 EUR for adults or 4 – 4,50 EUR for children*  Next is a 10% sale on ski service or ski rental and a 10% on ski course at chosen ski school*

* applies only in selected spots